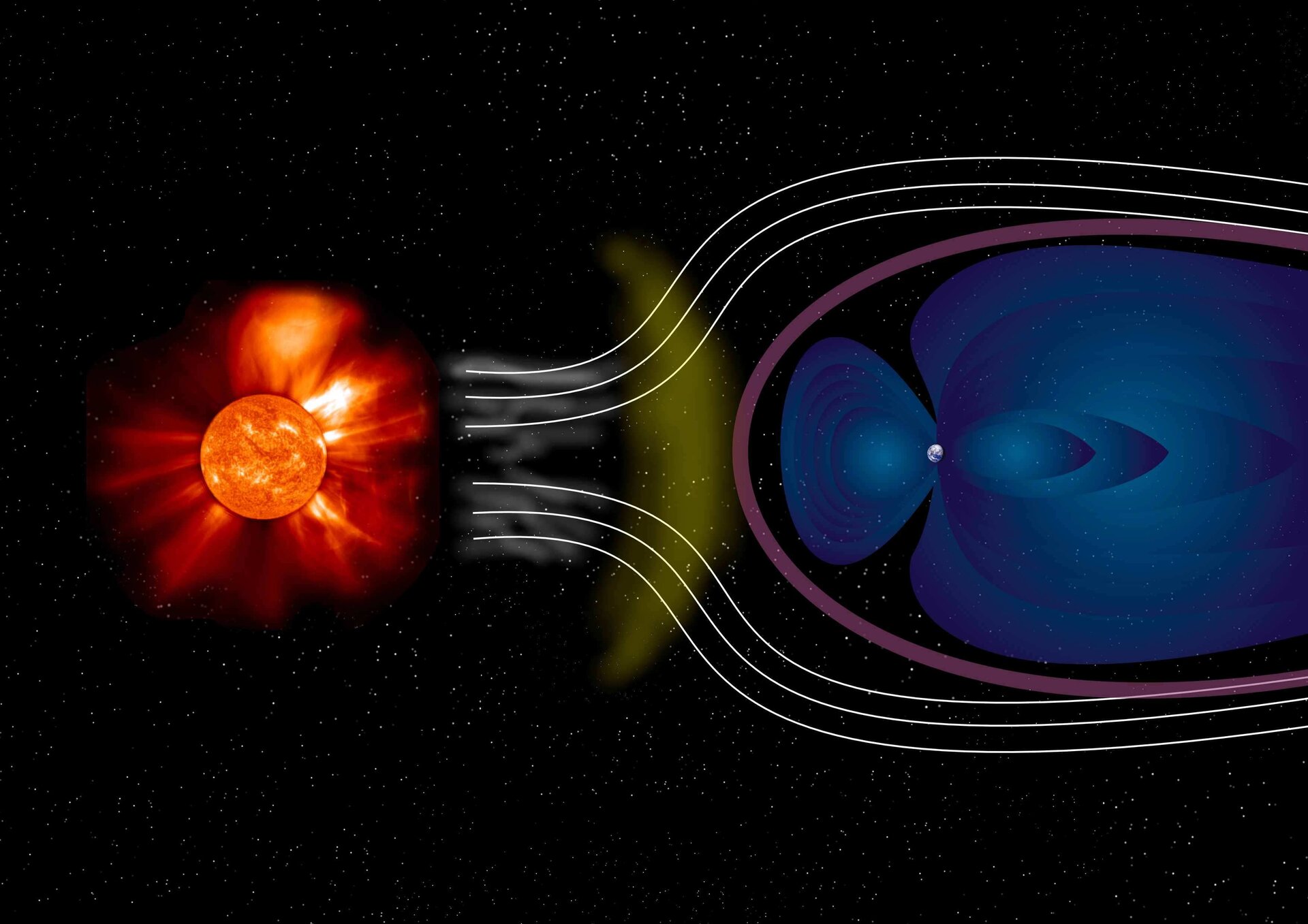 While electricity is a satellite's lifeblood, there can sometimes be too much of a good thing. While ensuring the desired reception and transmission of signals, electrical currents induce electric and magnetic fields, which can cause interference and degrade spacecraft performance. And there are environmental threats that spacecraft designers must bear in mind.

What is the Electromagnetics and Space Environment domain?

Electromagnetics and Space Environment encompasses two technical fields: one concerned with issues of electromagnetic transmission, reception, propagation and interaction, and another looking at the troublesome effects of the orbital environment.

On the “desired effects” side the main topics are antenna design and study of the propagation of electromagnetic waves, in particular through the atmosphere and in other complex environments (e.g. how the signal coming from a satellite propagates in a city with tall buildings and within them).

All spacecraft require electromagnetic compatibility (EMC) between their various equipment and subsystems, which demands a dedicated test campaign.

Antennas are the single most sensitive satellite element to interference, because they operate by deliberately turning electromagnetic fields into electric currents and vice versa. The work includes modelling and testing how spacecraft designs might affect antenna performance, taking account of adjacent electrical fields, reflecting surfaces and other potential radio frequency interactions.

Either used for communication between a transmitter and a receiver, for accurate positioning in navigation systems or as a mean to probe the environment as it is the case for remote sensing, electromagnetic waves do also interact in a complex way with the natural environment.

Assessing the performance of satellite receivers combined with ground station antennas for telemetry, tracking and telecommand (TT&C) applications is another core activity.

Why is Electromagnetics and Space Environment important?

Radio waves are virtually the only easy and safe way to communicate with a spacecraft, making antennas and propagation two core elements in spacecraft engineering.

Then, radio waves are used for a wide spectrum of applications including telecommunication, observation of Earth (or other planets) from a distance as well as for radio-navigation. Special antennas need to be designed for all these purposes and the desired or undesired wave propagation effects have to be assessed.

Electromagnetic compatibility has long been a crucial performance issue, but electromagnetic interference is tipped to become more important still with the introduction of next-generation broadband telecom satellites that incorporate multiple spot beams operating at higher frequencies.

Radiation from the Earth’s radiation belts, from explosive events on the Sun and from galactic cosmic rays can damage electronic components, detectors and humans. Plasmas can give rise to high levels of electrostatic charge on a spacecraft’s surfaces, leading to electrostatic discharge. Atmospheres cause drag and on Mars for example can be used to brake spacecraft. Particulates such as micrometeoroids and small space debris can puncture spacecraft and systems causing damage or serious hazards on manned missions. In developing spacecraft it is important to analyze all these environments and their effects. The necessary computational tools and models need to be developed, data from space experiments that measure the environments and their effects need to be analysed.

Other EM factors threaten not just the performance but the survivability of the satellite.

Running a high voltage system through the plasma environment of low-Earth orbit can promote a gradual buildup of charged plasmas on satellite surfaces, threatening dangerous electrostatic discharge – the space equivalent of a lightning strike.

Satellites are also assailed by energetic particle radiation which can perturb or damage electrical systems and micrometeoroids and debris, while atomic oxygen – the main constituent of the low-Earth orbit environment – has a powerfully erosive effect on many materials.

It is also critical to understand how natural environment interacts with electromagnetic waves as this understanding can give hints on ways to improve the performance of radio links or on the type of information that can be retrieved through remote sensing.