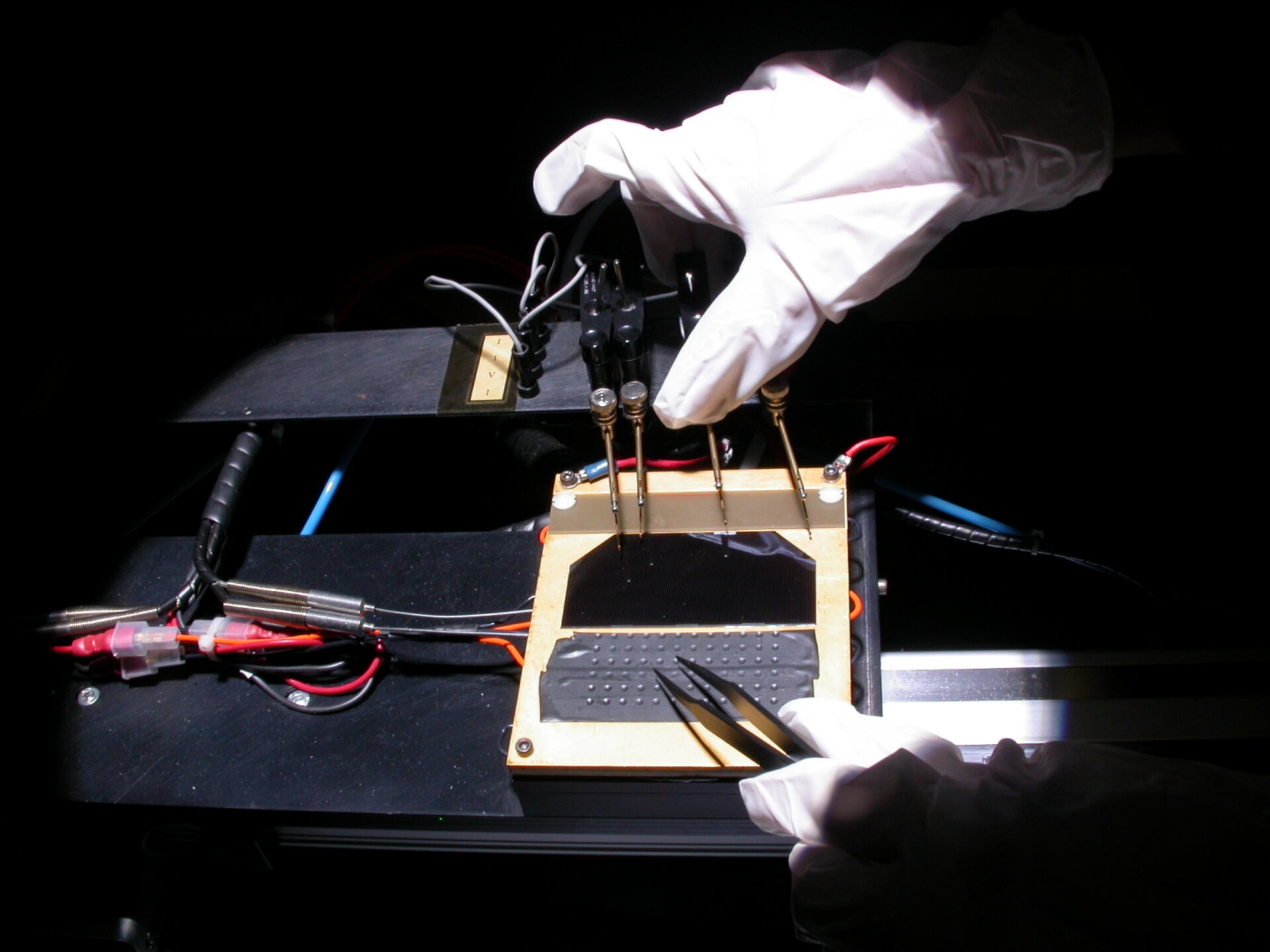 Like all other machines, a satellite needs a source of energy in order to function. As it launches away from Earth it will be running off an onboard battery – one last resource from its home planet – but to operate continuously for years on end more long-lived power sources are required.

What is the Power Systems domain?

Power Systems cover all aspects of power generation, storage, conditioning, distribution and conversion for all types of space applications. Missions can last between a few minutes (launchers) to decades (interplanetary probes or the International Space Station ISS) and request from a few watts (cubesats) to tens of kilowatts (big telecommunication spacecraft, the ISS again). Therefore, finding the optimum combination of primary and secondary sources together with the architecture that will make the best use of them is the key paradigm of Power Systems engineering.

A launcher will live out of electrochemical sources, i.e. primary or secondary batteries, while a satellite in Earth orbit will rely on a solar generator backed by a battery when it is not yet deployed, just after launch, or when the spacecraft goes into the Earth shadow. Today most satellites rely on advanced solar cells with an efficiency around 30% and on Li-ion batteries. When the distance to the Sun becomes too large, i.e. typically beyond Jupiter, then the solar flux can no longer be used effectively and nuclear sources are the only option left.

The power sources being the heaviest equipment of any spacecraft, there is a constant push to increase their performances. Triple junction solar cells, which are the current state of the art, will be replaced by more efficient 4 to 6 junctions ones in the years to come. New battery technologies, like Litihum-Sulfur, are currently the subject of intense efforts to provide a new step forward in energy density.

In the field of power electronics, the trend is toward shrinking the size of the equipment and simultaneously increasing their efficiency, so that the power lost as thermal dissipation is reduced together with the area available to dissipate it. Here too, advanced components like Gallium Nitride (GaN) or Silicon Carbide (SiC) semiconductors are the subject of important development efforts to achieve both goals.

Why are Power Systems important?

A reliable, ongoing power supply is essential to a space mission's success. The Sun provides around 1.4 kilowatts of power per square metre in Earth orbit - a bountiful resource that spacecraft designers do their very best to take advantage of. This is why the majority of spacecraft incorporate wing-like solar arrays or else have them layered across their hull.

These are composed of photovoltaic cells connected in a network, which produce an electrical current when light shines on them –working like the light emitting diodes of (LEDs), but in reverse. It is interesting to note that the technologies behind both solar cells and LEDs are very similar.

But this free availability of power does not mean designing a satellite's power system is an easy task. Photovoltaic cells efficiency reaches 30% for the latest designs but it is reduced by heating from the Sun and radiation damage during a satellite's lifetime. This means that solar arrays have to be of a significant size to deliver useful power levels (in the order of tens of square metres for a typical communications satellite).

Most satellites have orbits that will take them out of the Sun into shadow behind the Earth – for a low-Earth orbiting spacecraft that occurs once per orbit – so they are also equipped with rechargeable ('secondary') batteries to keep them powered in the meantime. These batteries are in general the only power source available just after launcher separation and until the solar generators are deployed and properly Sun pointed.

A satellite's electrical loads will often vary, depending on which instruments or subsystems are running at a particular time. One of the most important tasks of the power conditioning is therefore to control in an optimum way the exchanges of power between the solar generator, the battery and the loads. This means ensuring that the power delivered to the loads stays within the voltage range they can accept,  sizing the solar array so that the battery can be replenished while the spacecraft equipment are supplied, ensuring that the battery will not experiment any excess charging current or voltage but also, in some exceptional anomalous situations, being able to disconnect some units (the so called non -essential ones) to avoid a battery full discharge and to safeguard the spacecraft.

The power system being a unique resource of the spacecraft, it has to be protected against failures of the supplied units that could degrade it or even take it out of service, especially short-circuits. This is exactly the same concern as in a house, where a centralised distribution panel hosts circuits breakers or fuses to eliminate uncontrolled current surges. Aboard a spacecraft both fuses or electronic circuit breakers are commonly used.