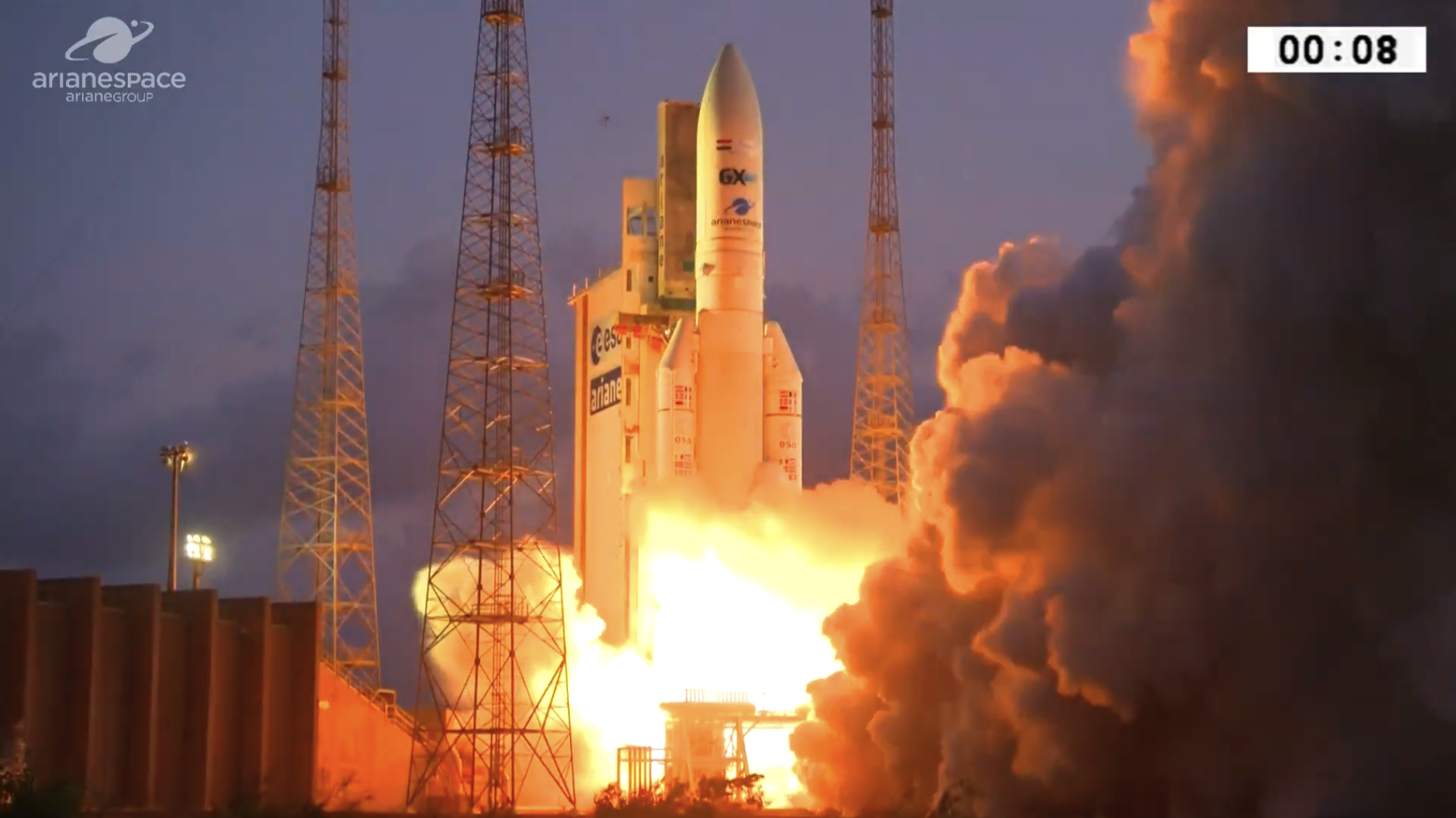 An Ariane 5, operated by Arianespace, has delivered the TIBA-1 and Inmarsat-GX5 telecom satellites into their planned orbits.

Liftoff was announced at 21:23 GMT (22:23 CET, 18:23 local time) this evening from Europe’s Spaceport in Kourou, French Guiana. The mission lasted about 34 minutes.

TIBA-1 for broadband communications is owned and operated by the Government of Egypt. It has a design life of more than 15 years.

GX5, owned and operated by Inmarsat, enhances mobile broadband services particularly for aviation passenger wifi and commercial maritime services in Europe and the Middle East. This satellite has a design life of more than 16 years.

The performance requested for this launch was about 10 495 kg. The satellites totalled about 9607 kg, with payload adapters and carrying structures making up the rest.