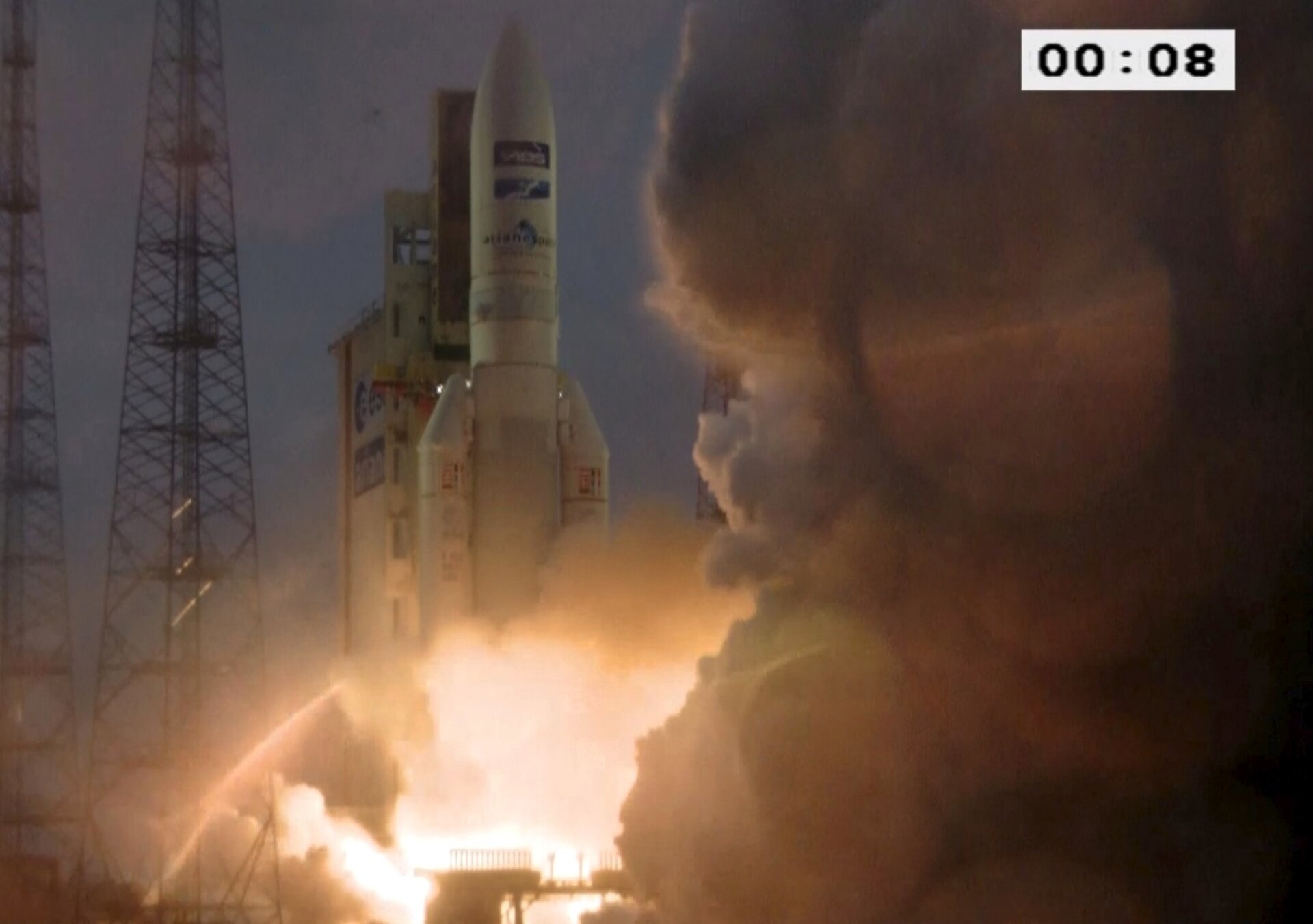 The first Ariane 5 launch of the year lifted off from Europe’s Spaceport in French Guiana this evening on its mission to place two telecommunications satellites, ABS-2 & Athena–Fidus, into their planned transfer orbits.

ABS-2, with a liftoff mass of 6330 kg and positioned on top of Ariane’s Sylda dual payload adapter, was the first to be released into its transfer orbit 27 minutes later. It will provide telecommunications, direct-to-home broadcasting, multimedia and data transmission services for Africa, Asia Pacific, Europe, the Middle East, Russia and the Commonwealth of Independent States.

Following a series of burns controlled by Ariane’s onboard computer, the Sylda structure encasing the secondary satellite was released and jettisoned. This exposed Athena–Fidus, which was delivered into its own transfer orbit about 5 minutes after ABS-2.

With a liftoff mass of 3080 kg, Athena Fidus will provide telecom services to armed forces and homeland security units in France and Italy, complementing the Syracuse-3 and Sicral satellites. 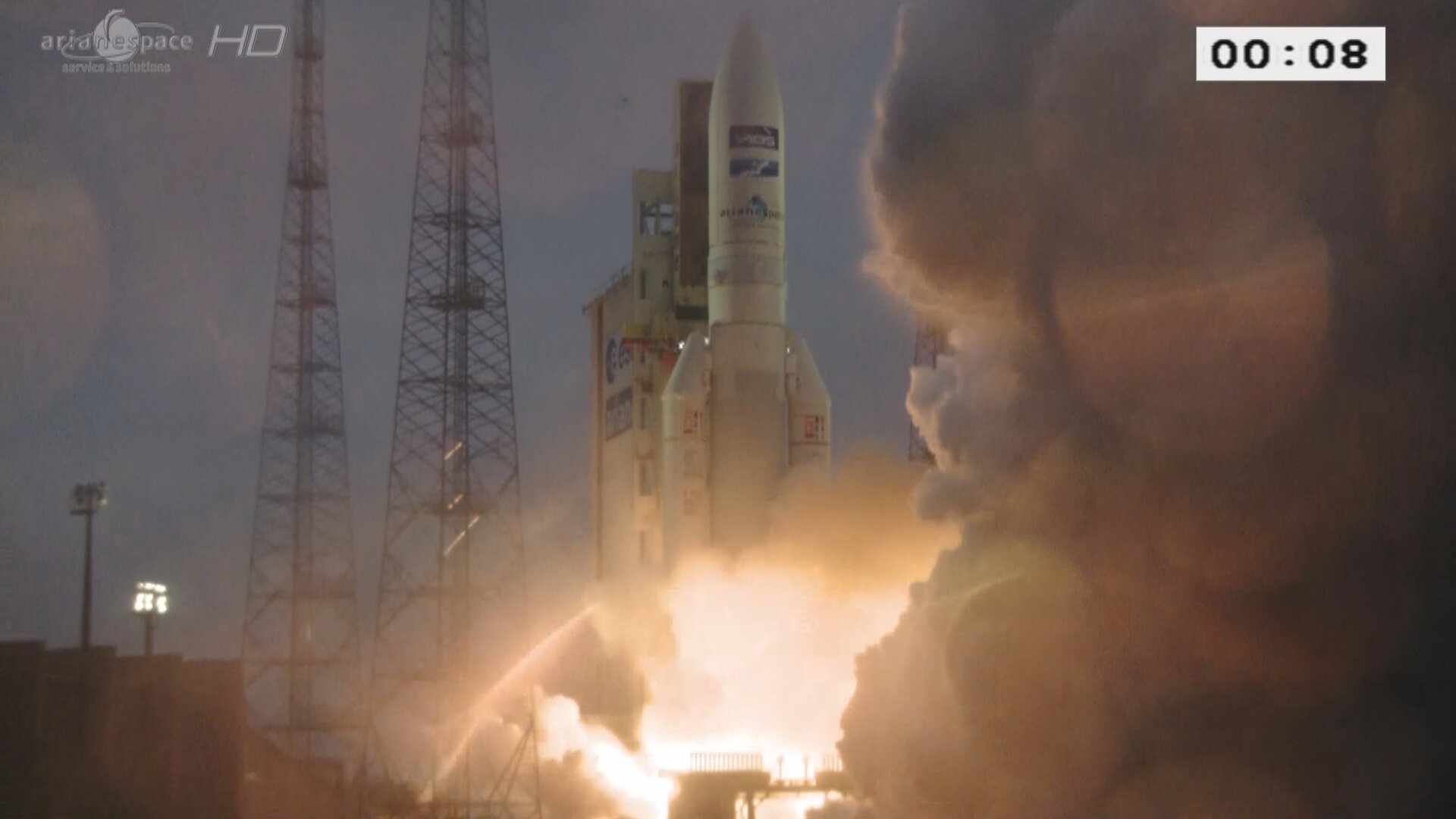