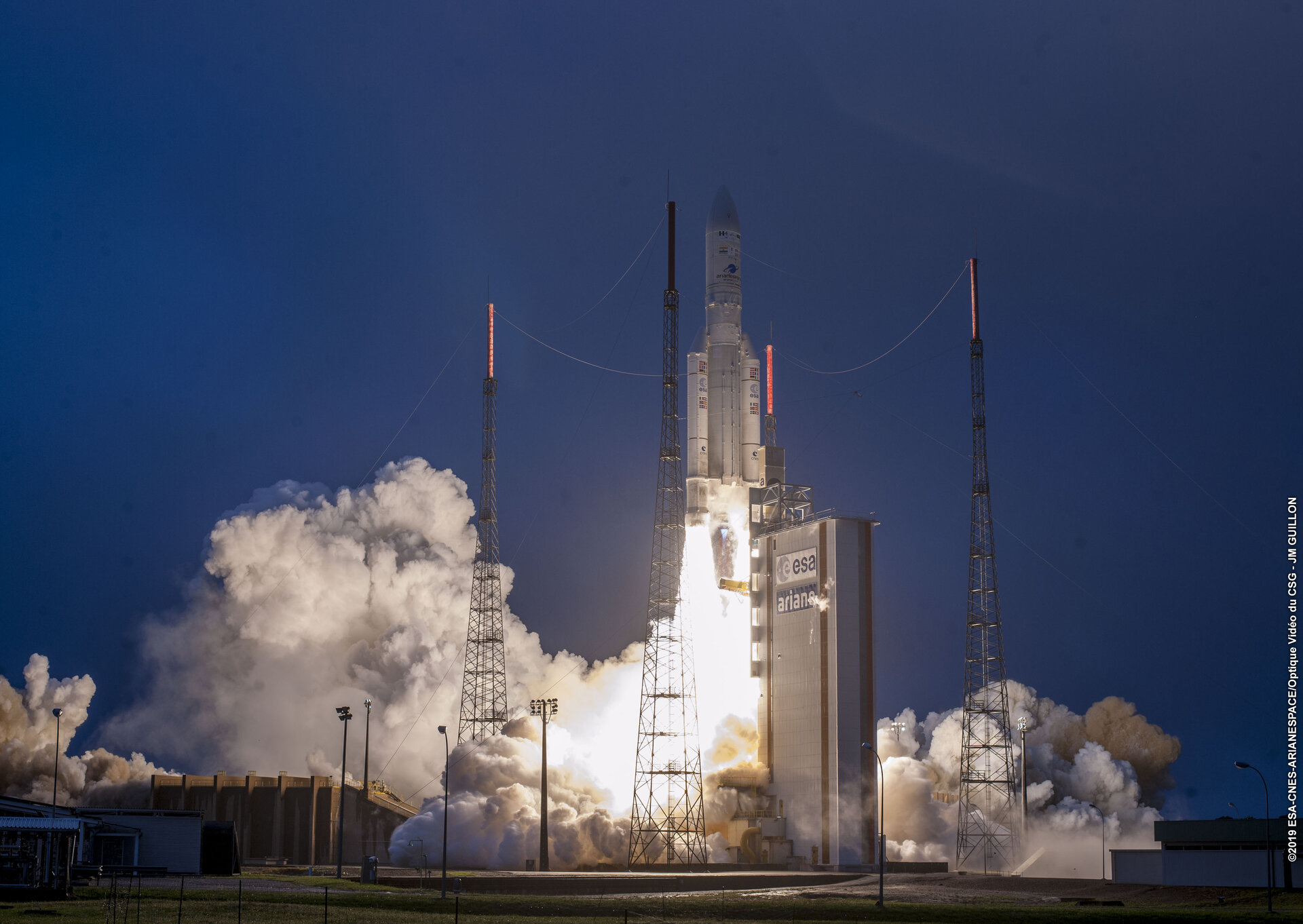 An Ariane 5 has delivered the Saudi Geostationary Satellite 1/Hellas Sat-4 and GSAT-31 telecom satellites into their planned orbits.

SGS-1/HS-4 is a joint mission between Saudi Arabia’s King Abdulaziz City for Science and Technology and Hellas-Sat, a subsidiary of Arabsat based in Cyprus. It provides telecommunications capabilities, including television, internet, telephone and secure communications in the Middle East, South Africa and Europe. SGS-1/HS-4 has a design life of more than 15 years.

GSAT-31, owned and operated by the Indian Space Research Organisation, provides communications services for India. The satellite has a design life of more than 15 years.

The performance requested for this launch was about 10 052 kg. The satellites totalled about 9031 kg, with payload adapters and carrying structures making up the rest.