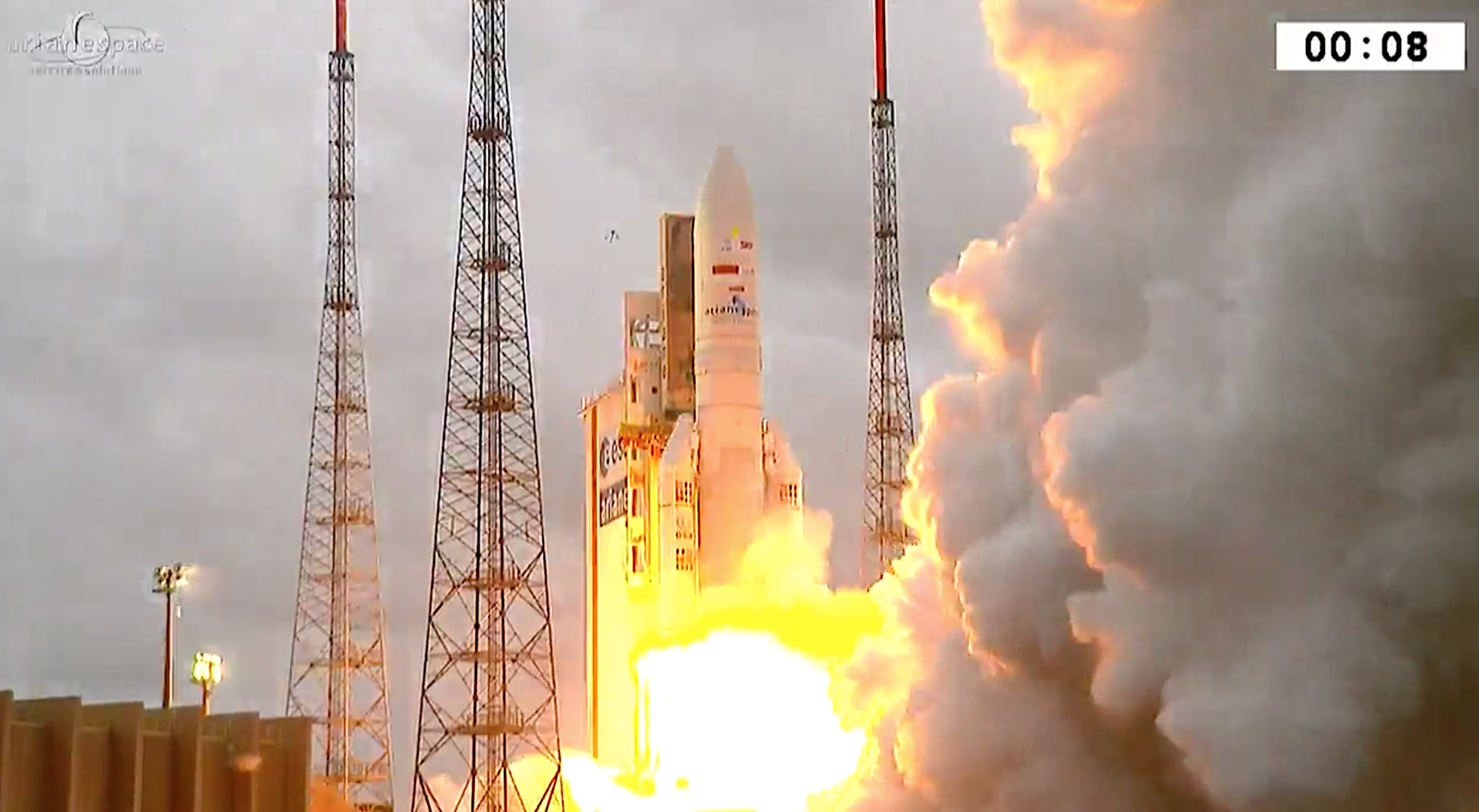 An Ariane 5, operated by Arianespace, has delivered the Sky Brasil-1 and Telkom-3S telecom satellites into their planned orbits.

Sky Brasil-1, with a mass at liftoff of 6000 kg, was the first to be released about 27 minutes into the mission. The 3550 kg Telkom-3S was released about 12 minutes later.

Sky Brasil-1, operated by AT&T/DirecTV, will provide high-definition television to Brazil. The satellite has a design life of more than 19 years.

Indonesia’s Telkom-3S will provide the nation with high-definition television, mobile communications and Internet. Some services will also cover Southeast Asia and Malaysia. The satellite has a design life of more than 16 years.

The payload mass for this launch was 10 482 kg. The satellites totalled about 9550 kg, with payload adapters and carrying structures making up the rest.