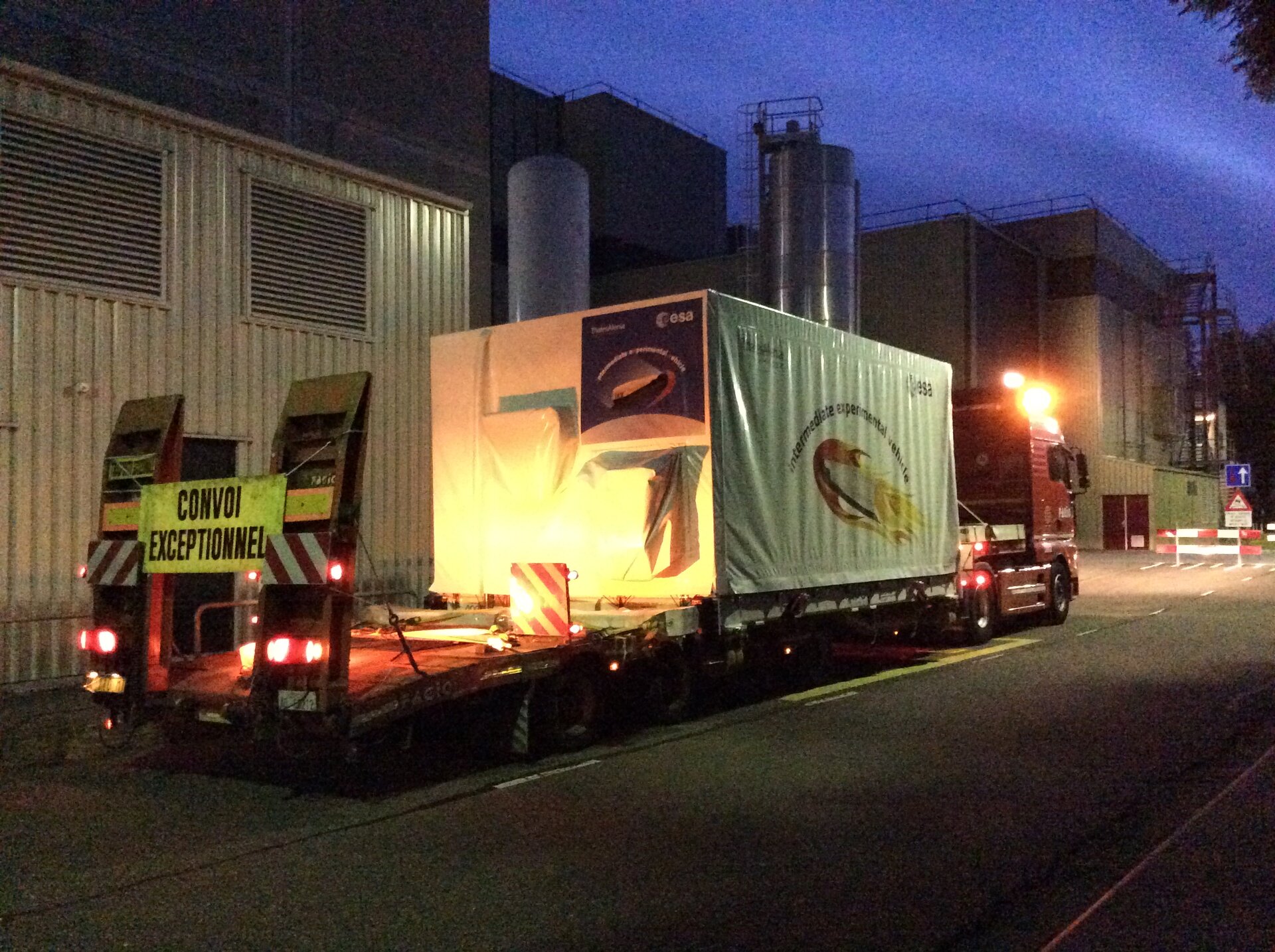 The Intermediate eXperimental Vehicle arrived in the Netherlands last night to undergo final tests at ESA’s main technical centre ahead of its November launch.

These tests at ESA’s Technical Centre in Noordwijk, the Netherlands, aim to confirm that IXV can withstand the demanding conditions of launch. The first batch, starting on 11 July for three weeks, sees IXV bolted to a ‘shaker table’ to experience the heavy vibrations of launch.

Three days of ‘separation shock’ testing follows, mimicking the moment the craft separates from the Vega rocket. At an altitude of 320 km, a pyrotechnic device will fire to open a clamp band for springs to push IXV away from the upper stage. Mission planners must be sure that it can withstand the mechanical shock of the pyrotechnic detonation.

Next, inside the Large European Acoustic Facility for six days, IXV will experience the deafening roar of a rocket ascent. Finally, 11 days will be devoted to checking that all of the onboard subsystems work after enduring the tests.

IXV must withstand the extremes of both space and atmosphere on its journey into space and back, requiring extensive testing for almost all of its technologies. Space is a vacuum but IXV must also withstand the searing heat of reentry.

In parallel to the testing in the Netherlands, other efforts are progressing to prepare for the suborbital flight, including the launch campaign in Europe’s Spaceport in Kourou, French Guiana, the ground network and recovery operations.

In early September, IXV will be shipped to Kourou for launch in the first half of November.