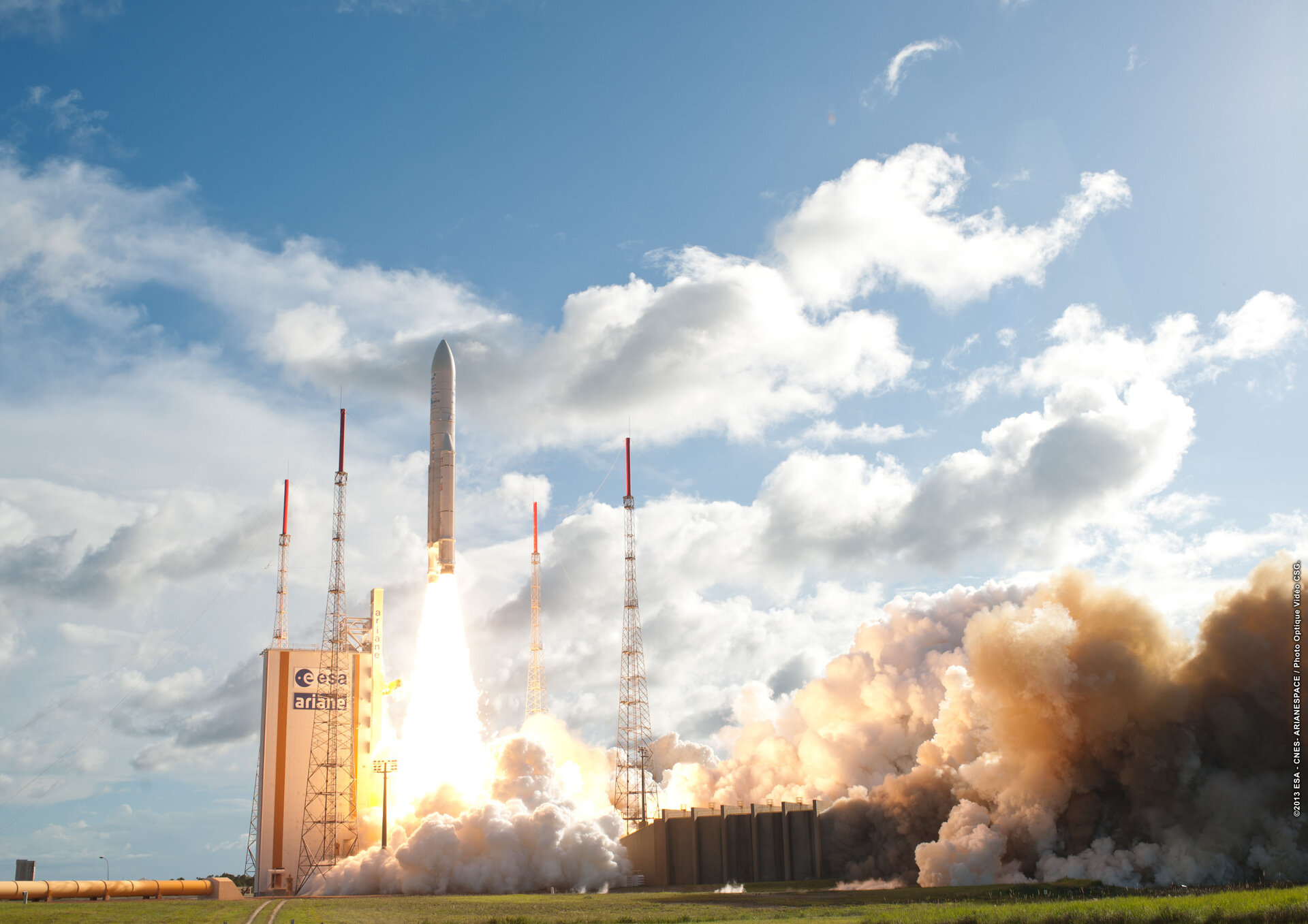 For many years, Ariane was Europe’s only launcher and was used to guarantee access to space for European governments. This market alone could not sustain the availability and reliability of the service, so Ariane has evolved to meet the needs of the worldwide commercial market, where it has been extremely successful.

A new launch site for Soyuz was built in French Guiana to complement the performance range offered by Ariane.

In parallel, Vega was developed to cope with a wide range of missions and smaller payloads and is mainly used by institutional users.

Ariane 5, Soyuz and Vega fly from Europe’s Spaceport in French Guiana. Europe benefits from this family of launchers with the capability and flexibility to cover all European government and most commercial market needs, thus increasing the socio-economic benefits of access to space in Europe.

The efforts of Member States in developing and sustaining Ariane and Vega have established well-recognised European industry competences that allow industry to participate in international tenders.

It was at the ESA Council meeting at Ministerial level in December 2014 in Luxembourg that Member States decided to begin development of Ariane 6 and Vega-C.

Ariane 6 will succeed Ariane 5 to enable Europe to maintain leadership in the fast-changing commercial launch service market while responding to the needs of European institutional missions. Its debut is scheduled for 2020.

In parallel, a more powerful version of the Vega launcher is in development, the Vega-C.

To maximise commonalities of technologies, a solid-rocket motor, P120C, derived from Vega, is being developed for use on both Ariane 6 and Vega-C.

These decisions were accompanied by a change in the governance of the European launcher sector, which is now based on a balanced sharing of responsibility, cost and risk by ESA and industry.

Finally, Ministers agreed to fund the Launchers Exploitation Accompaniment Programme (LEAP) for 2015–16, the Future Launchers Preparatory Programme (FLPP) and to a successor to the experimental IXV reentry vehicle which performed a flawless 100-minute mission on 11 February 2015.

Decisions taken at the ESA Council meeting at Ministerial level in December 2016 in Lucerne, Switzerland, will sustain European autonomy in accessing and using space through contributing to the services available at Europe’s Spaceport, and maintaining industrial competitiveness and reliability of ESA-developed launchers, while preparing their future evolution and fostering technical innovation.