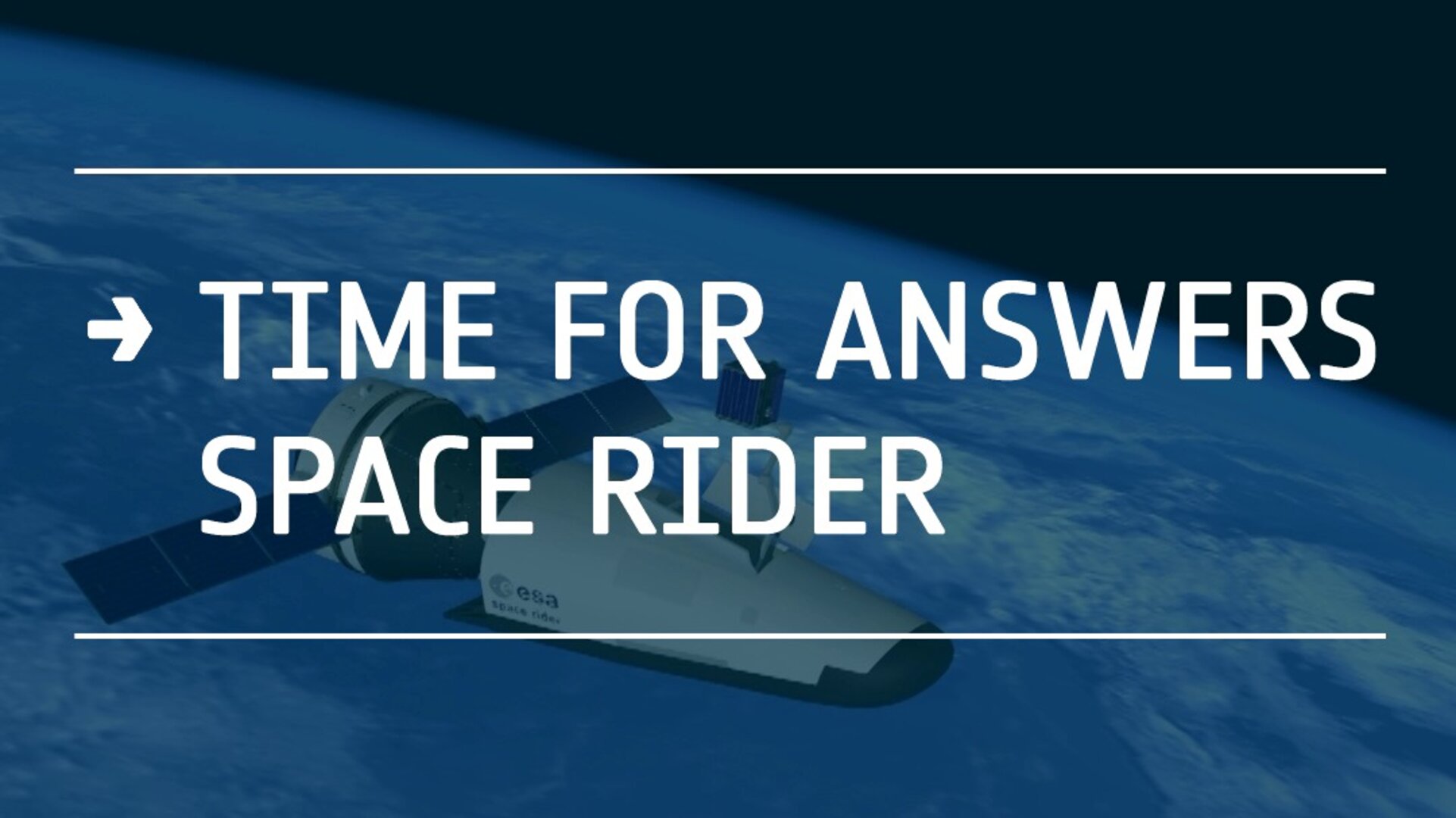 Initially proposed in 2016, ESA’s Space Rider reentry vehicle provides a return to Earth and landing capability that compliments the existing launch options of the Ariane and Vega families.

Having recently completed system and subsystem preliminary design reviews, Space Rider is advancing quickly towards the Critical design review at the end of 2019.

Launched on Vega-C, Space Rider will serve as an uncrewed high-tech space laboratory operating for periods longer than two months in low orbit. It will then re-enter the Earth's atmosphere and land, returning its valuable payload to eager engineers and scientists at the landing site. After minimal refurbishment it will be ready for its next mission with new payloads and a new mission.

Space Rider combines reusability, in-orbit operations and transportation, and precise descent of a reentry vehicle able to safely traverse and land close to inhabited zones. These are major developments, set to extend European knowhow across a host of applications allowing industry to open up new markets.

Up to 800 kg of payloads can fit inside the environmentally controlled cargo bay that offers 1200 litres of payload volume and provides services including 600 watts of power along with thermal, control, data-handling and telemetry capability.

Offering an array of orbit altitudes and inclinations, Space Rider will enable a large variety of experiments in microgravity, open opportunities for educational missions, and help prove technologies for Earth observation, science, telecommunication and robotic exploration.

Non-space-based companies can use Space Rider as a shortcut into the space arena, bypassing the need to become expert space users. 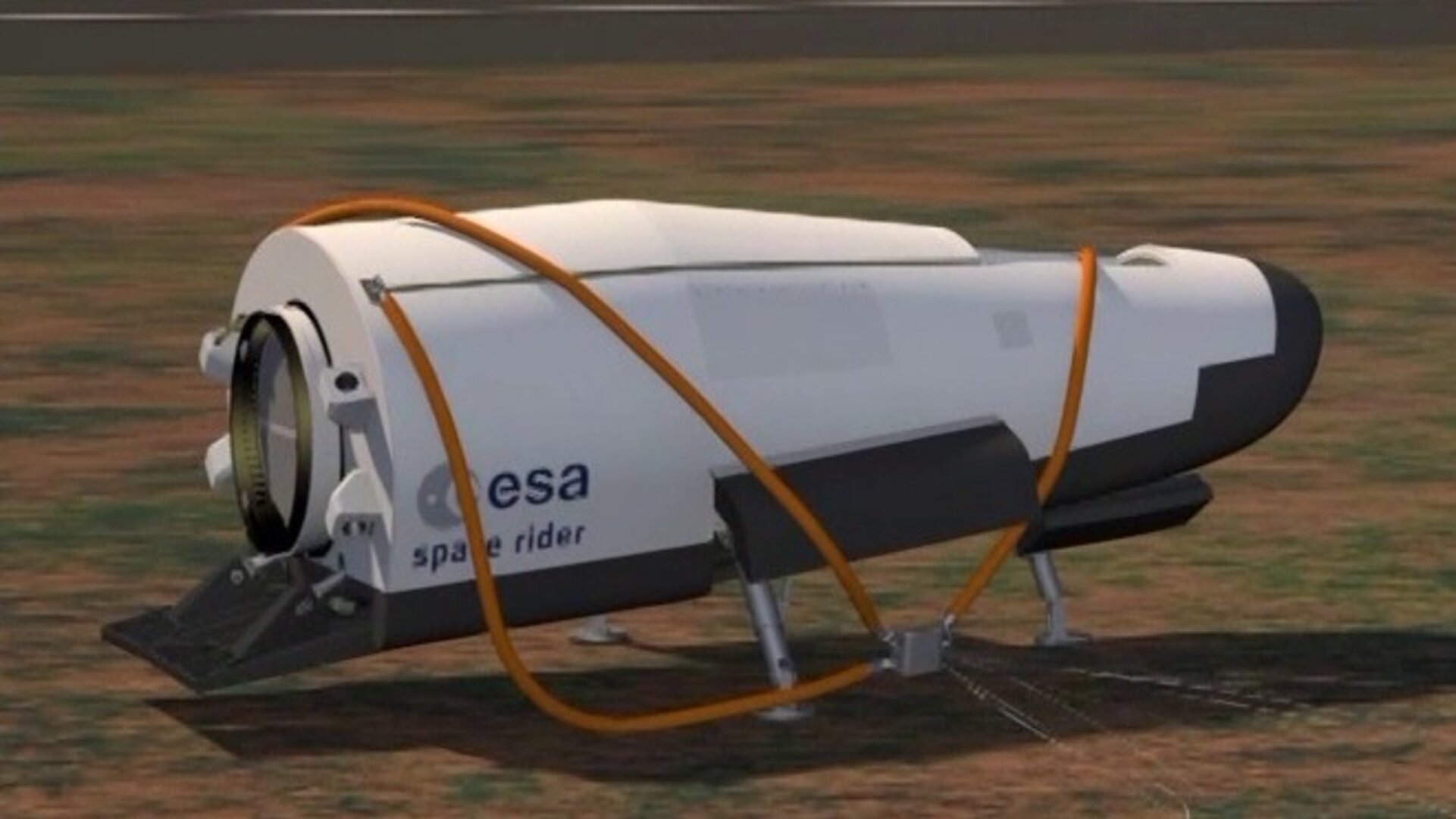 The Space Rider system is an adaptation of both Vega-C’s AVUM+ stage, and ESA’s Intermediate eXperimental Vehicle (IXV) which flew a flawless mission in 2015.

The knowledge gained from these developments is being used to ensure a short development schedule and costs per kilogram of payload that are compatible with the evolving global space market.

To minimise costs, commercial off the shelf components are used whenever possible, and expensive elements will be reused. After each mission, the vehicle will require only minimal refurbishment, making this vehicle competitive in the market.

New features include sophisticated avionics for manoeuvring in space, deorbiting, and a smooth ride back to Earth with a soft precision landing on the ground.

Plans are evolving for the identification among different options available of the first European spaceports for Space Rider landings involving operations, technical providers and new legislation.

“Space Rider is Europe’s first reusable space transportation vehicle. This fascinating challenge is honing our skills in a range of cutting-edge technologies and this will strengthen our position in this competitive market,” commented Jose Longo, ESA’s Space Rider Development Programme Manager.

Giorgio Tumino, ESA's Vega and Space Rider Development Programmes Manager added: "Space Rider provides the European Vega Space Transportation System with the unique opportunity to complement today's capability to access space, with the capabilities to operate and return payloads from space for a variety of in-space applications, in a competitive manner with respect to any alternative solution.

“These capabilities enable Europe to capture new promising markets as is indicated by the extraordinarily enthusiastic feedback received from potential end users attending our workshops and responding to ESA's announcements of opportunities on Space Rider."

Space Rider will be launched from Europe’s Spaceport in Kourou, French Guiana, in 2022.