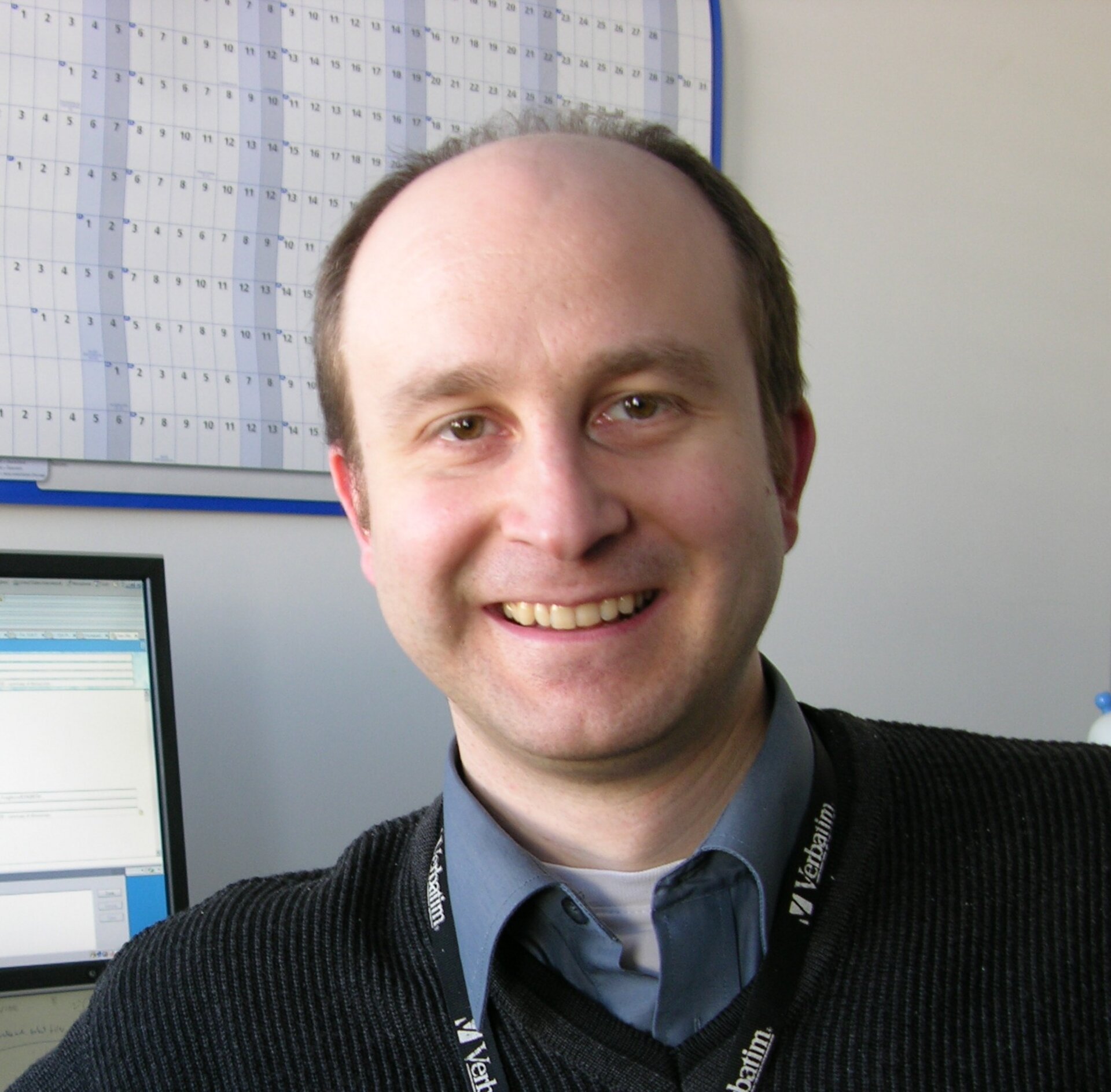 Holger Krag, of ESA's Space Debris Office, is advising the Clean Space team on the two ‘off-the-planet’ branches of the initiative: space debris mitigation and remediation.

What role are you playing in the Clean Space effort?

My personal background and the major field of work of ESA’s Space Debris Office is space debris mitigation and remediation. My role therefore is to support Clean Space with expertise in these two areas. The term ’mitigation’ addresses operational and design measures that limit the generation of debris by spacecraft under control. The term ’remediation’ denotes taking action with respect to inactive objects in space.

Recent simulations with the Space Debris Office's environment evolution models have shown that the current population of man-made objects in low-Earth orbit (LEO) LEO has reached a critical density that will lead to a slow but unstoppable cascading effect of mutual collisions.

Progress in both areas – mitigation and remediation – requires a good understanding of the current environment in space, knowing object numbers and types, modelling and measurements of these, collision risk assessment and the analysis of these effects on the future evolution of the debris environment.

There is a lot of operational experience with mitigation available as well as methods to verify spacecraft operators’ mitigation efforts with respect to international standards and guidelines.

Can you explain the key challenges involved in this work?

Mitigation comprises the passivation of spacecraft and upper-stages at the end of a mission; these include depletion, venting of residual fuel and pressurants, permanent discharging of batteries and other remnant chemical or mechanical energy. Combined, these prevent on-orbit break-ups and the creation of even more debris. About 250 events of this type have been counted in the past, making explosive on-orbit breakups a major source of debris and, thus, passivation a very effective mitigation measure.

Another important mitigation measure is limiting the orbital lifetime of satellites and spacecraft in the densely populated LEO and geostationary (GEO) regions through adequate end-of-mission disposal.

The survival of spacecraft upon debris collision, impact risks and how best to conduct avoidance manoeuvres must be quantified using reliable models. These models require deepening our understanding of debris sources and break-up processes and they also require additional and innovative measurements of the debris environment. My role is to support Clean Space with activities in exactly these areas.

In contrast, remediation looks at target objects having high collision risk and that could make a significant environmental impact. Most importantly, remediation is the only measure that can bring today’s space environment back under full control –on the assumption that mitigation actions are also applied consistently.

However, in remediation, the selection of targets to be removed – defunct satellites and discarded upper stages – must be based on the environmental relevance of the object, which again requires a good model representation of the debris environment and its evolution.

Further, we need to acquire a good understanding of the attitude and attitude motion of a target because the selection of the capture technology (by net, by robotic arm, etc.) strongly depends on the magnitude of the motion.

My role will be to enable progress in these domains for Clean Space.

How did you get involved?

Some first studies on the effectiveness of mitigation and remediation measures, simulation tools, data as well as operational experience already existed in the Space Debris Office. I am keen to see aspects we have been analysing in simulation to materialise and to see the underlying technology maturing. I believe that experts in all relevant domains found their way into the Clean Space team through the relevance of their previous work, like me, in order to join forces and make a further step in this field. In this sense, I am glad and grateful, that I could join the team in that early stage.

What is your opinion of the overall Clean Space initiative?

The initiative is the right response at the right time to one of the ESA Director General’s important Agenda 15 actions. Our environment in space is continuously degrading. Advanced technology is the best way to overcome this environmental problem and enable spaceflight at current costs and risks also in the future. I am convinced that holding this technology will put a competitive advantage on European space industry one day. Europe is a clean player in space already today. This qualifies us as a credible leader in the relevant technology and, potentially, in a future emerging market. The Clean Space technology is taking the right steps in this direction.

If Europe manages to perform the first successful active removal actions, this would mean that we are mastering a complex technology including the approach of uncontrolled targets, capturing, servicing and de-orbiting with the help of an agile vehicle. It will put us in the driver's seat of a series of subsequent global missions of that kind. Apart from these aspects, I enjoy working with this young and inspiring team that brings together so many disciplines, which is essential to progress.

How do you summarise Clean Space for your non-technical friends and family?

Some people might be surprised to hear that there are environmental concerns with the production of spacecraft on the ground, even given the very low production rate. However, space systems are products that make use of non-standard components, new materials and sometimes toxic liquids. Spaceflight still depends on the public as one major customer of our activities. We therefore need to make sure that spaceflight reaches a good level of public acceptance, while we find at the same time that many of the new technology, production methods and materials also qualify to reduce cost.

Many people are familiar with the ‘space’ part of the problem. Space debris is a well-known issue. Most people though are primarily concerned by the imminent risk of a casualty due to re-entering space hardware. While this risk is real and associated operational and design-oriented solutions are being addressed by Clean Space, our concern focuses on the problems that space debris generates for objects in orbit. The accumulation of large object numbers in altitude bands not much wider than 400 km, which is used by our Earth observation satellites, might render this region of space into an unusable state. The consequence will be more frequent cases of damage, losses or the use of orbit altitudes that are safer but less effective for the fulfilment of mission objectives.

In other words, space debris will gradually increase the cost of spaceflight, while comparably small investments in space missions (the implementation of so-called ‘mitigation options’) can contribute to overcome this problem. Spaceflight should not be constrained, but the environment needs to be preserved for future missions by applying suitable mitigation and remediation technology today. Clean Space will bring about and improve the technology that we need.

How did you get your start in the space business?

I already had a passion for spaceflight as a young boy. It was more than natural for me to target a technical career in that area. I graduated as an aerospace engineer from the Technical University of Braunschweig, Germany. After having made the inspiring experience of a term abroad at SupAero, Toulouse, I took the chance to undergo a PhD programme at the Technical University of Braunschweig, which has a long history of partnering with ESA in the area of space debris research. I developed models for the observation of man-made space objects and processed measurement data of various European sensors.

After that I desired to form part of a larger space programme and I joined Thales ATM and worked in the engineering team for Galileo's ground mission segment in Langen and Toulouse, which was an enormously interesting experience and improved my engineering skills.

It was then, when I became aware that ESA's space debris office was looking for a specialist in exactly my field. I didn't hesitate a minute and now I am pleased to be a member of a team which is enabling collision avoidance for our ESA satellites, predicts upcoming re-entry events, detects and tracks uncontrolled man-made objects and develops the underlying methods and principles as well as models and tools for the analysis and verification of mitigation and remediation actions.

What has been your biggest surprise about working in the space business?

First, I found it amazing to see that so many disciplines need to come together to design a space mission. Orbit and attitude dynamics, chemical reactions, material sciences, thermal analyses, even aerodynamics, telecommunications, legal regulations and not to speak of the enormous variety of scientific or commercial payloads. You would even find such a variety of disciplines to be required for tackling of the space debris problem alone. It means that there are various ‘entry options’ and career paths into the space field. It is very satisfying to see how mathematicians, physicists and engineers speak the same language to construct and operate such enormously complex machines and that it works in the end...

I found it also interesting to see how small the 'space world' is. With every new activity, I regularly re-encounter old fellow students, former colleagues, etc., showing that the space world in Europe is actually an overseeable community and I am grateful that I can be a member of this club.

How do you see Clean Space evolving in future?

In the short-term, Clean Space will strengthen European space industry by improving the technology required for effectively complying with space debris mitigation regulations. On the Agency level, Clean Space will allow us to improve the understanding of the space environment, which, in the form of suitable models, can be returned back to community for the benefit of everybody but underlining ESA's competence in this field. It will also allow us to adhere to international guidelines with our own missions. In parallel, we will prepare the necessary maturing of technology required for approaching, capturing and de-orbiting an uncontrolled target of relevant size. Competence in this field will be a major advantage given the continuous degradation of the space environment in the most relevant orbit altitudes.

Therefore, at the mid-term level, my hope is that Clean Space will be the nucleus of a future optional programme that develops, launches and operates the first ever safe, active removal of an environmentally relevant object from Earth orbit. This would demonstrate Europe's capability in the development of agile space tugs, rendezvous operations and on-orbit manipulation. It will also underline ESA's exemplary role as a clean operator in space.