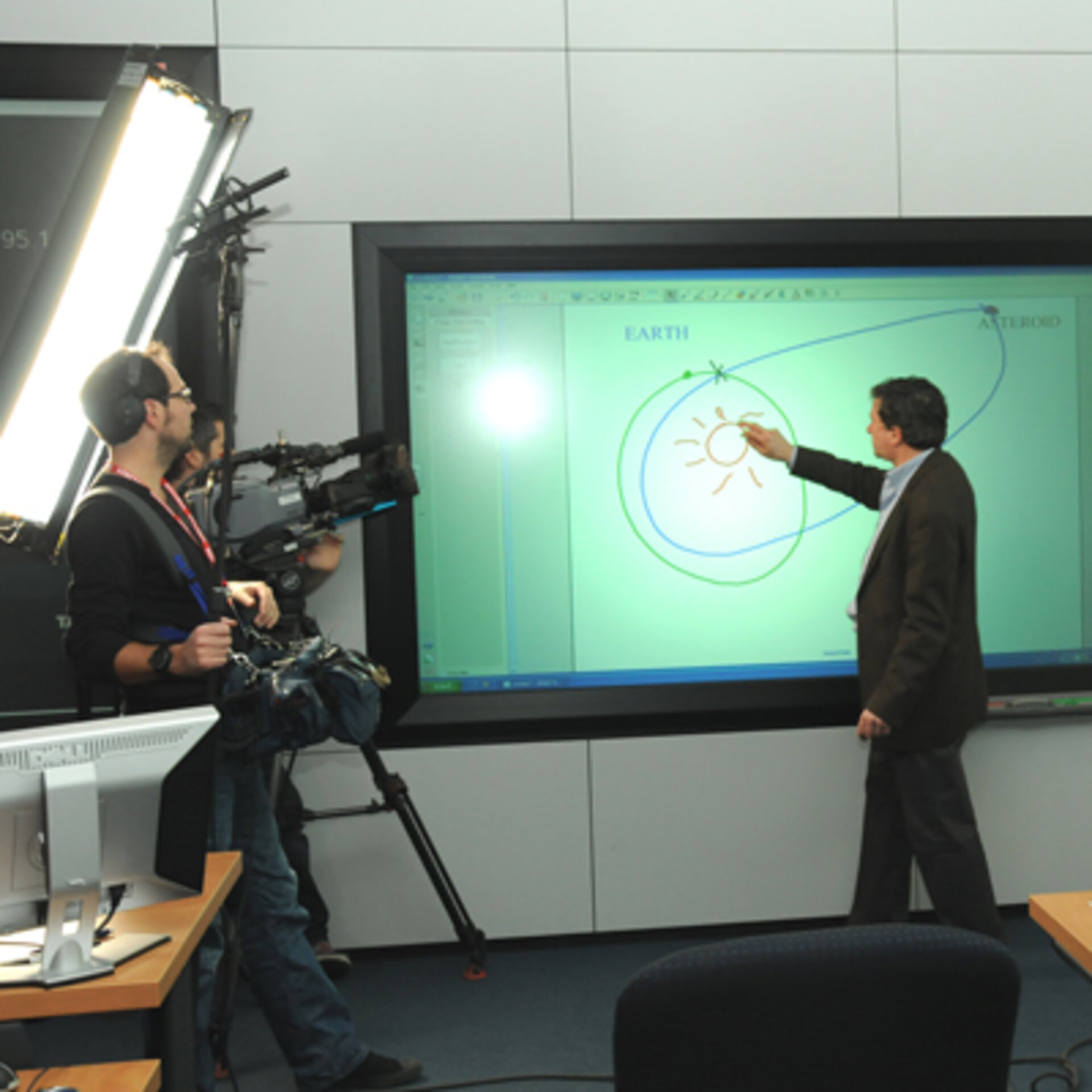 Europe has been interested in asteroids for a long time. The ‘celestial police’ team of 19th century astronomers who charted the first asteroids were European, and our continent was touched indirectly by the 1908 Tunguska airburst above Siberia – in the shape of atmospheric pressure waves and seismic tremors, along with ‘strange illumination’ in the night sky.

During the last century the discovery of myriad near-Earth objects (NEOs), as well as evidence of asteroid impacts running through the geological record, underscored our vulnerability to strikes from space, and the desirability of somehow protecting ourselves. To quote science fiction writer Larry Niven: “The dinosaurs became extinct because they didn't have a space programme.”

In 1996 resolution 1080 of the Council of Europe provided recommendations on NEOs and planetary defence, and in 2000 a task force on this subject was established in the UK. The importance of furthering our understanding of NEOs was also foregrounded in other high-level international forums such as the United Nations Committee on the Peaceful Uses of Outer Space (1999) and the OECD Global Science Forum (2003).

As a consequence, ESA carried out extensive work on the role of space missions to address planetary defence. In 2002 it released a dedicated call for payload and mission proposals. As a result the following six ‘pre-Phase A’ mission studies were funded, the last of which proved most influential:

The ESA Near-Earth Object Mission Advisory Panel (NEOMAP), consisting of a number of European NEO researchers, was established in 2004 with the task of advising ESA on cost-effective options for European participation in a space mission to contribute to our understanding of the terrestrial impact hazard and the physical nature of NEOs.

This expert panel concluded that a space-based NEO discovery mission was not the highest priority given the combined efforts of various ground-based surveys likely to be productive over the coming decades. Instead the Don Quijote concept – conceived by Italian mathematician Andrea Milani together with Deimos Space – was prioritised. This mission had the potential to reveal not only the internal structure of a NEO but also how to mechanically interact with such a body.

Don Quijote was put forward as a mission that could provide a vital missing link in the chain from asteroid threat identification to threat mitigation.

Using these NEOMAP recommendations as a starting point, ESA conducted a first assessment using its Concurrent Design Facility in December 2004. The objectives of the study, carried out with JAXA support, was to assess the feasibility of several mission scenarios based on the Don Quijote concept while understanding their cost and technical risk implications.

This analysis then served as the basis of a second CDF assessment in July 2005, intended to define a second low-cost mission scenario and prepare for the industrial Phase A studies by setting the system requirements and their priorities. Three parallel Phase A studies were carried out, resulting in 2007 in three different methods of fulfilling the main mission objective: to impact a given near-Earth asteroid and determine the resulting momentum transfer by measuring the asteroid mass, size and bulk density and the variation of both the asteroid’s centre of mass orbital parameters and its rotation state.

Despite the mission’s technical feasibility, the viability of financing the two spacecraft from European funding alone was difficult to secure. However, the importance of implementing such a mission was underlined in several international forums. As one example, the US National Research Council of the Academy of Sciences report on ‘Near Earth Object Surveys and Hazard Mitigation Strategies’  required by the Consolidated Appropriations Act 2008 of the US Congress stated: “If [US] Congress chooses to fund mitigation research at an appropriately high level, the first priority for a space mission in the mitigation area is an experimental test of a kinetic impactor along with a characterization, monitoring and verification system, such as the Don Quijote mission that was previously considered but not funded by the European Space Agency. This mission would produce the most significant advances in understanding and provide an ideal chance for international collaboration in a realistic mitigation scenario.”

The Don Quijote concept was developed further by the international planetary defence community. As a result, the Asteroid Impact and Deflection Assessment (AIDA) mission was proposed, consisting of two mission elements: NASA’s Double Asteroid Redirection Test (DART) and ESA’s Asteroid Impact Mission. DART would impact the smaller moon of the Didymos binary asteroid system to alter its orbit, with follow-up observations performed by light-curve observations from Earth-based telescopes. AIM’s role was to determine the secondary asteroid’s orbital and rotation state, size, mass and shape and analyse its geology and surface properties – to validate all numerical models necessary to design such a mission in the case of a future asteroid deflection need. Compared to the previous Don Quijote concept, AIDA resulted in increased cost efficiency because of the role of ground-based observatories.

ESA engaged in three pre-Phase A studies of the AIM mission as well as two parallel industrial Phase A studies. The resulting AIM concept was based on a novel approach integrating the spacecraft platform, payload and operations teams to achieve a more rapid mission implementation and leveraging of synergies between platform and payload for robust close proximity operations and asteroid investigation.

AIM’s robust design benefited from a large number of past activities that have developed a high level of European expertise in missions to small bodies. These include multiple mission studies in Science – such as Marco Polo, MarcoPolo-R – in Mars Robotic Exploration – including Phobos Sample Return – and in technology demonstration, with the proposed interplanetary Proba-IP mission, plus various technology pre-developments within ESA technology programmes. AIM’s design philosophy derived from smaller missions such as Proba-1 and -2, the Smart-1 Moon mission, the Saocom-CS radar mission and the Cheops planet tracker, rather than larger more complex missions.

AIM entered a ‘consolidation phase’ in preparation for entering its industrial phase, preparing the mission for the 2016 ESA Council at Ministerial Level. Unfortunately, despite high interest from Member States and a funding level that reached more than 70% of the approval threshold, AIM did not manage to reach the full subscription, and was withdrawn.

Following the request of interested Member States, the Agency was however tasked with proposing a way forward, building on the heritage of Don Quijote and AIM while addressing the challenges reported by Member States. Following extensive work, in 2017 the Hera mission was proposed to address the overall AIM challenges: schedule, payload and the overall status of AIDA. With NASA’s DART in Phase C, bringing along a ‘selfie-sat’ to image the impact and ejecta, and a more comfortable development schedule for the European component, ESA Member States gave the green light for the detailed definition of the new Hera mission.