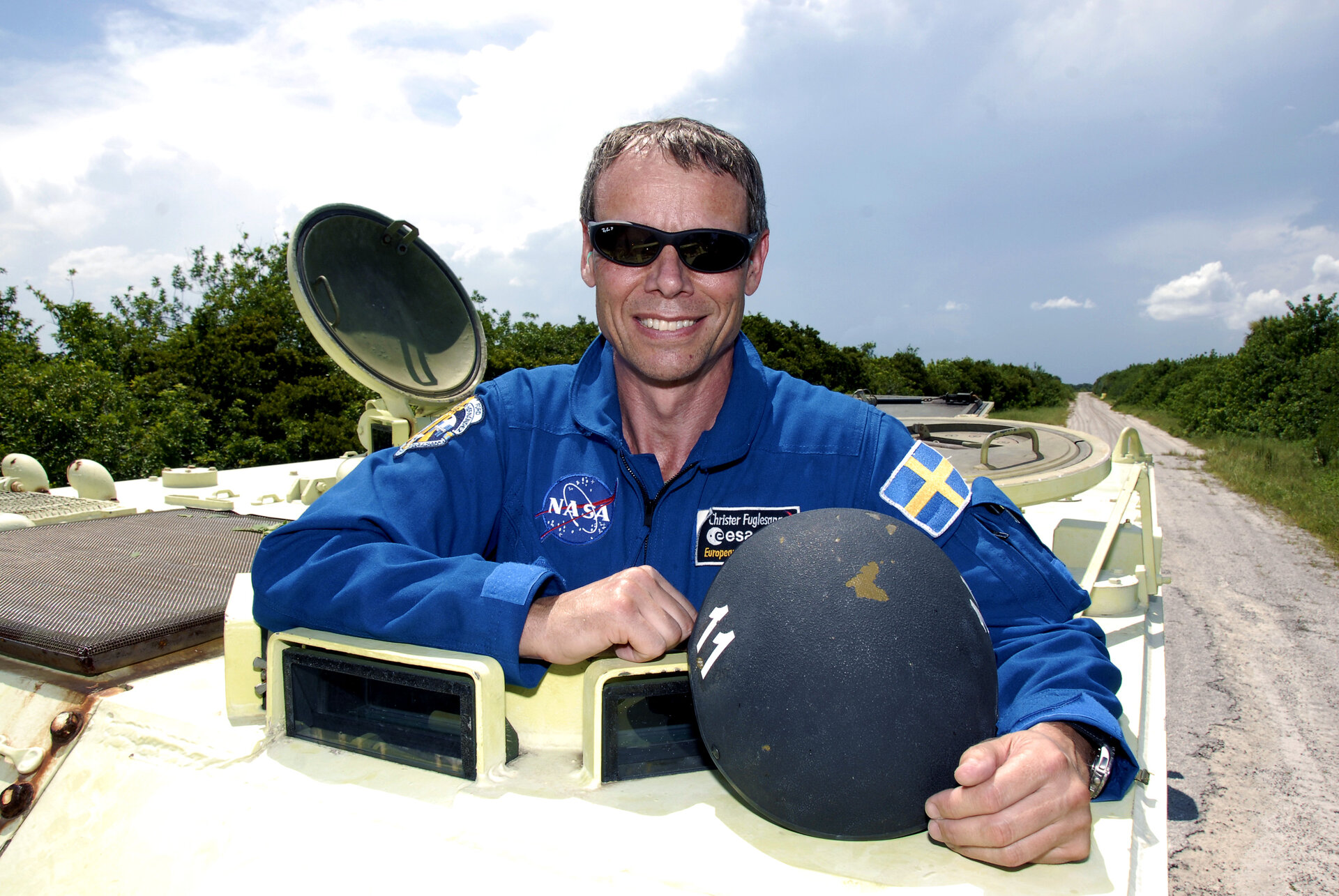 The Alissé mission is ESA astronaut Christer Fuglesang's second spaceflight. The mission got underway with the launch of Space Shuttle Discovery on flight STS-128 from NASA's Kennedy Space Center on 29 August 2009 at 05:59 CEST (28 August, 23:59 local time).

The principal focus of Fuglesang’s mission is his spacewalk activities as a Mission Specialist for STS-128. Fuglesang also undertakes experiment, educational and public relations activities as part of the Alissé Mission.

The 13-day mission marks the continued supply and assembly of the International Space Station, as well as many important milestones for ESA, European astronauts, and European science and industry.

Fuglesang participates in two of the three mission spacewalks (Extra-Vehicular Activity or EVA) as well as overseeing cargo transfers from the Multi-Purpose Logistics Module that was transported to the ISS in the Shuttle’s cargo bay.

The mission includes vital preparations for the arrival of the European-built Node 3 in February 2010. As well as important EVA maintenance tasks, the transportation of experiment equipment to the ISS, including a European-built MELFI freezer, and return of important payloads back to Earth including the European Technology Exposure Facility (EuTEF), which was located on the outside of the European Columbus laboratory for one and a half years. The mission also exchanges an ISS Expedition crewmember.

The focal points of the mission are as follows:

Three EVAs, or spacewalks, are scheduled to take place during the mission. Christer Fuglesang participates in the second and third spacewalks together with NASA astronaut John Olivas. The first spacewalk will be performed by Olivas and NASA astronaut Nicole Stott.

The main tasks of the EVAs are as follows:

Delivery of experiment facilities, equipment and supplies in the MPLM:

Fuglesang is responsible for overseeing the transfer of cargo from the Multi-Purpose Logistics Module (MPLM) and making sure it ends up in the correct location on the ISS.

The MPLMs are pressurised cargo containers that travel in the Shuttle’s cargo bay and are capable of holding over nine tonnes of cargo. ‘Leonardo’, the name of the MPLM used for this mission, transports a variety of standard ISS resupply items as well as the following items of interest:

Other mission tasks include:

Experiment activities: During this mission Christer Fuglesang is a subject for a number of ESA experiments in the field of human physiology. He also participates in additional non-ESA experiment activities, again in the area of human physiology. He also conducts an education experiment based on comic radiation and the ISS. An exhaustive ESA research programme is ongoing but largely carried out by the ISS Expedition crew.