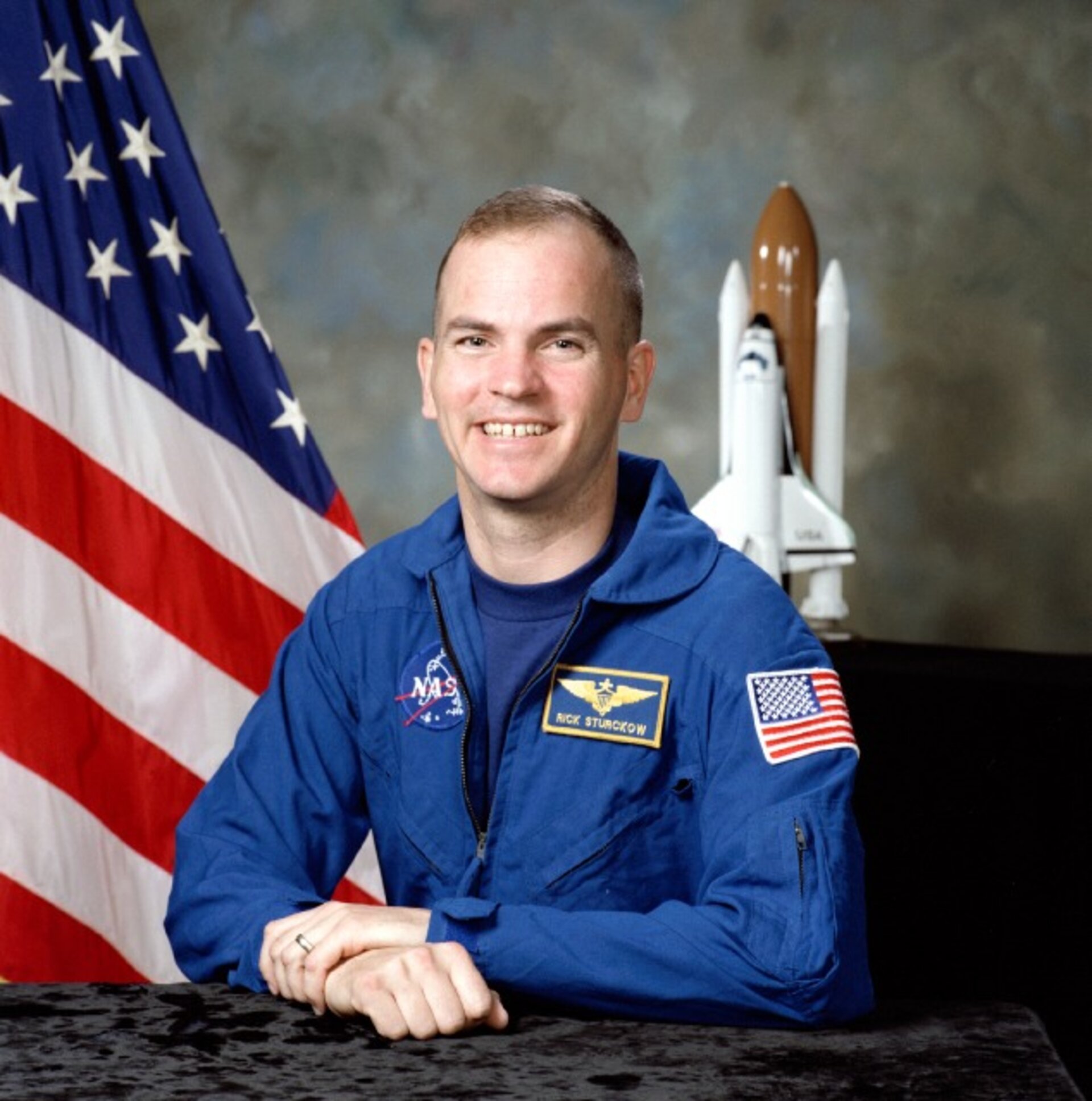 Born on 11 August 1961, Sturckow is married, enjoys flying and physical training, and has a Bachelor of Science degree in mechanical engineering. Sturckow has had a distinguished career as a US Naval and Air Force pilot including active duty during the Gulf War.

He is a veteran of three ISS Shuttle assembly flights. He was Shuttle pilot on the STS-88 mission in December 1998, which was the first ISS assembly mission, during which the US Unity Node was mated to the Russian Zarya module. He was again pilot on the STS-105 mission in August 2001, which exchanged the Expedition 2 and Expedition 3 crews, attached the Leonardo Multi-Purpose Logistics Module to the ISS, and transferred over 2.7 metric tonnes of cargo to the Station. He was also the Commander for the STS- 117 mission in June 2007, which installed the S3/4 Truss Segment to the ISS and exchanged an Expedition crewmember.