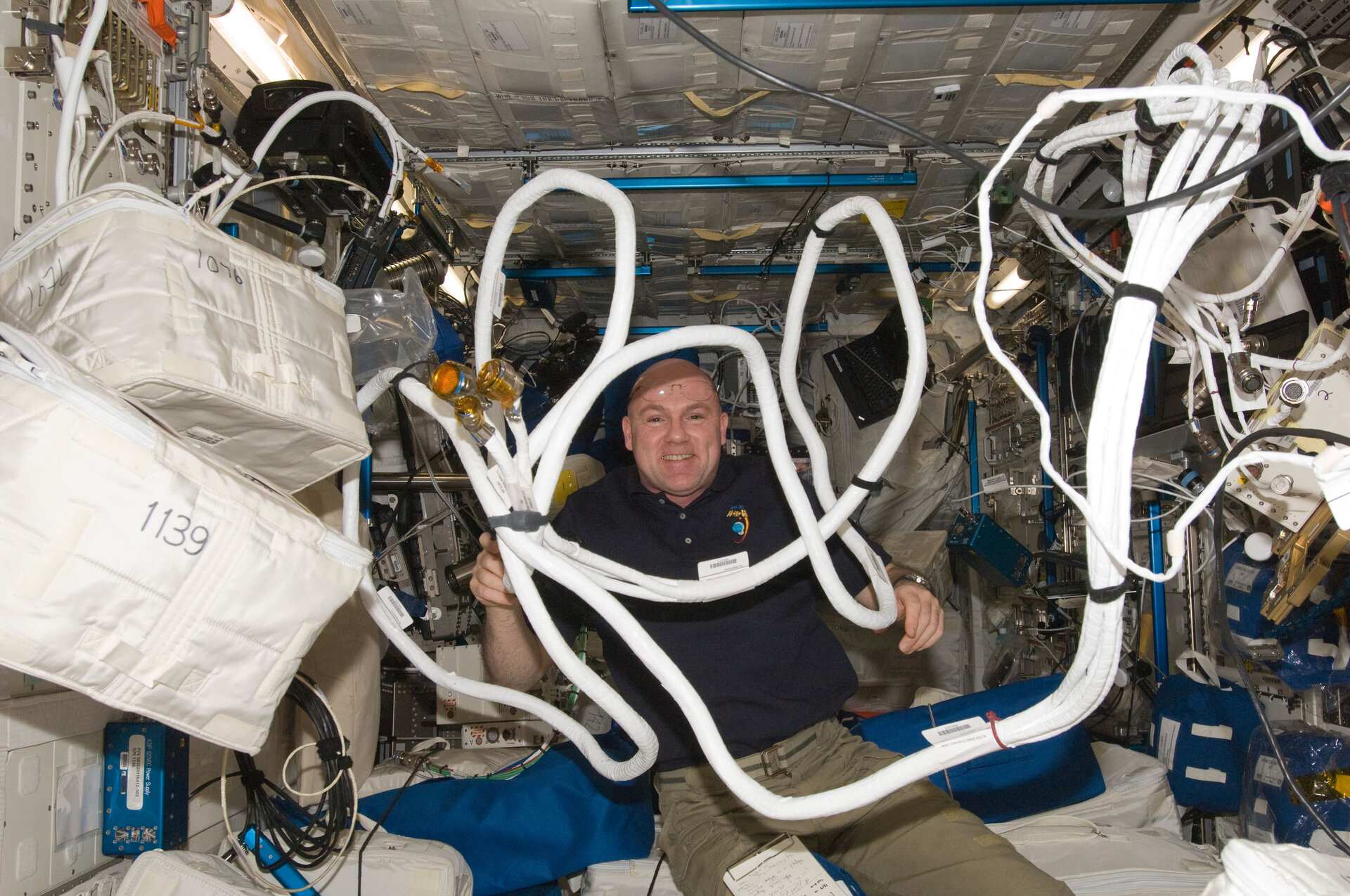 Born on 5 October 1958 in Amsterdam, the Netherlands, André Kuipers is married with three daughters and a son. He enjoys flying, scuba diving, skiing, hiking, travelling and history.

In 1977 André graduated from the Van der Waals Lyceum (now the Amstel Lyceum) in Amsterdam. André received a Doctor of Medicine degree from the University of Amsterdam in 1987.

Officer in the Order of Orange-Nassau.

During his medical studies, André worked in the Vestibular Department of the Academic Medical Centre in Amsterdam, the Netherlands, where he was involved in research on the equilibrium system.

In 1987 and 1988, as an officer of the Royal Netherlands Air Force Medical Corps, he studied incidents caused by disorientation in pilots of high-performance aircraft.

In 1989 and 1990, he worked for the Research and Development department of the Netherlands Aerospace Medical Centre in Soesterberg. He was involved in research on the Space Adaptation Syndrome, contact lenses for pilots, vestibular apparatus, blood pressure and cerebral blood flow in both high-acceleration conditions in a human centrifuge and in microgravity conditions in aeroplanes. In addition, he performed medical examinations of pilots and monitored human centrifuge training as well as teaching pilots physiological aspects of flying.

From 1991 André was involved in the preparation, coordination, baseline data collection and ground control of physiological ESA experiments for space missions. In particular, he was a project scientist for Anthrorack, a human physiology facility that flew on the Spacelab-D2 mission in 1993, and for two experiments on lung and bone physiology that flew on the Mir space station during the EuroMir-95 mission.

André was then involved in the development of the Torque Velocity Dynamometer that flew on the LMS Spacelab mission in 1996, the Muscle Atrophy Research and Exercise System (MARES) to research muscles on the International Space Station, and an electronic muscle stimulator (PEMS) for astronauts.

In July 1999, André joined the ESA’s Astronaut Corps, based at the European Astronaut Centre (EAC) in Cologne, Germany.

André was assigned to ESA’s technical heart, ESTEC, in Noordwijk, the Netherlands, continuing his work on microgravity experiments.

André continued to support ESA’s parabolic flight campaigns. He flew on these flights as an experiment operator, technician, test subject and flight surgeon.

After his first spaceflight in 2004, André performed postflight activities and other duties at EAC and ESTEC. He supported ESA payload development, parabolic flight campaigns and healthcare spin-offs, as well as offering ground-support for missions of other ESA astronauts. André also qualified as a Eurocom, communicating with astronauts from Columbus Control Centre in Munich, Germany.

In 2005, André was assigned as backup for the first Canadian International Space Station increment. He received training on the US and Russian Station modules, as well as robotics operator and spacewalk training.

From 2007, André trained as backup to ESA astronaut Frank De Winne for Europe’s second long-duration spaceflight to the International Space Station. He received user, operator and specialist level training on all Station modules as well as training on experiments conducted in ESA’s Columbus space laboratory and training on the Europe’s Automated Transfer Vehicle.

From May 2009, André was assigned to Eurocom duties at the Columbus Control Centre and EAC in support of De Winne’s six-month mission.

In December 2002, André was assigned as a Flight Engineer for a Soyuz flight to the International Space Station. The DELTA mission was sponsored by the Dutch government in an agreement between ESA and the Russian Federal Space Agency and took place from 19–30 April 2004. The flight had three objectives: to exchange the Soyuz spacecraft that serves as Space Station lifeboat, to exchange the Station crew and for André to perform 21 experiments in human physiology, biology, technology and education.

In August 2009, André was assigned to Expedition 30/31, a long-duration mission to the International Space Station called PromISSe. Together with Russian cosmonaut Oleg Kononenko and NASA astronaut Don Pettit, André was launched on 21 December 2011 from Baikonur Cosmodrome in Kazakhstan. During his mission, he took part in around 50 experiments covering a wide range of disciplines. He was the prime crewmember for the rendezvous and docking of ESA’s third Automated Transfer Vehicle. He was also involved in berthing SpaceX’s Dragon ferry. André and his crewmates returned to Earth on 1 July 2012.