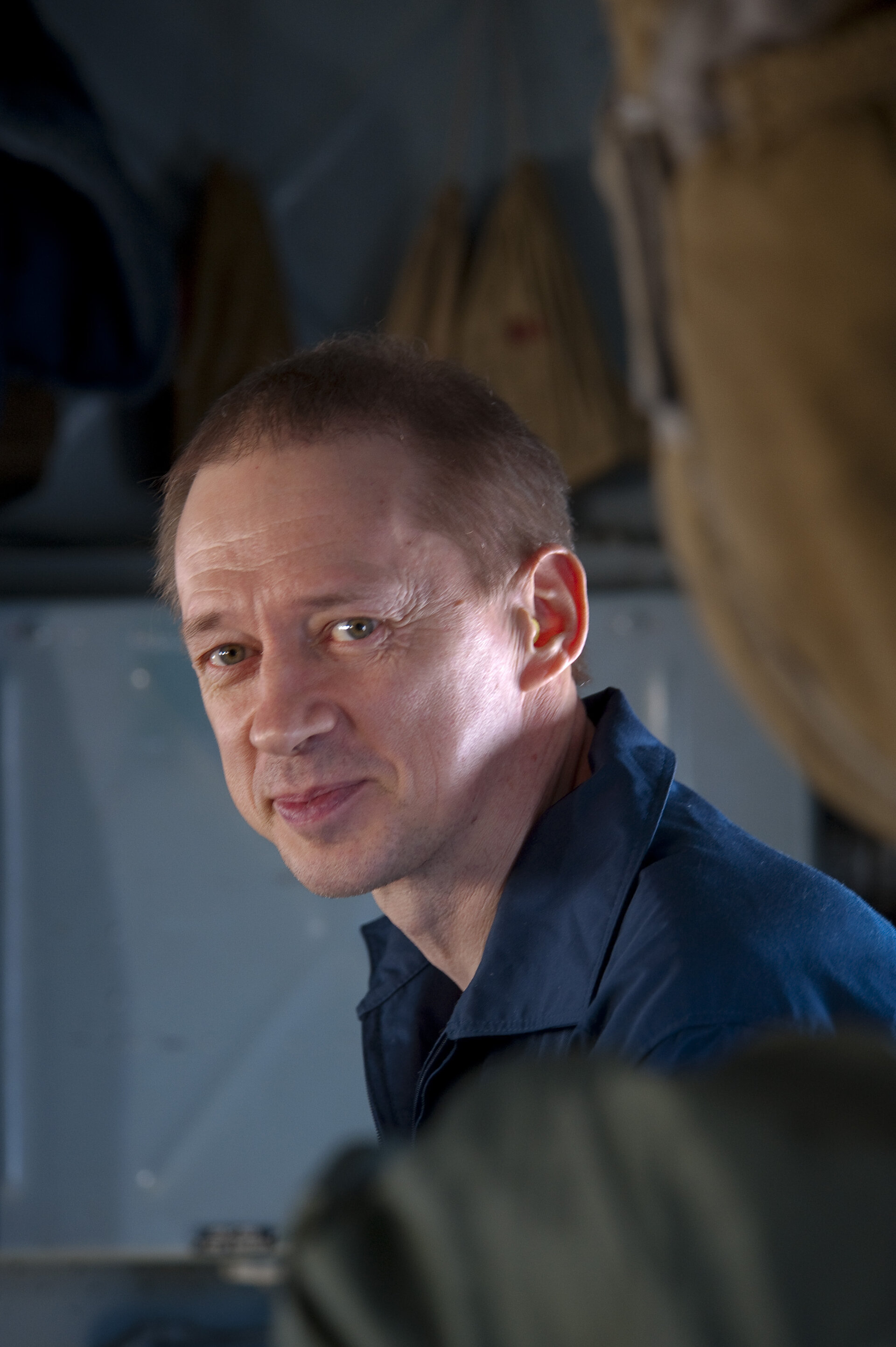 Born in Ghent, Belgium on 25 April 1961, Frank De Winne is married to Lena Clarke and has three children. He enjoys football, fishing and gastronomy.

After completing his pilot training with the Belgian Air Force in 1986, Frank flew Mirage V aircraft. He was detached to SAGEM in Paris, France in 1989 where he worked on the Mirage Safety Improvement Programme. He was responsible for preparing operational and technical specifications.

In December 1992, Frank was appointed to the Test and Evaluation branch of the Belgian Air Force. As a test pilot, he was involved in an electronic warfare programme on the F16 called CARAPACE at Eglin Air Force Base, USA, and a Self-Protection Programme for the C130 aircraft. During that period, he also flew from Gosselies in Charleroi, Belgium, as a reception pilot in different types of aircraft.

From January 1994 to April 1995, Frank was responsible for the flight safety programme of the 1st Fighter Wing at Beauvechain, Belgium.

From April 1995 to July 1996, as a senior test pilot in the European Participating Air Forces when he was detached to Edwards Air Force Base, California, USA, he worked on an update of the F16 aircraft, focusing on radar testing.

From 1996 to August 1998, Frank was a senior test pilot in the Belgian Air Force, responsible for all test programmes and for all pilot-vehicle interfaces for aircraft and aircraft software updates. From August 1998 to January 2000, Frank was the Squadron Commander of the 349th Fighter Squadron at Kleine Brogel Airbase, Belgium.

During operation Allied Force, Frank was the detachment commander of the Deployable Air Task Force, a combined Belgian/Dutch detachment that flew about  2000 sorties during the NATO campaign. Frank has logged 17 combat sorties.

Frank has logged more than 2300 hours flying time on several high-performance aircraft, including the Mirage, F16, Jaguar and Tornado.

In January 2000, Frank joined ESA’s Astronaut Corps based at the European Astronaut Centre in Cologne, Germany. He provided technical support for the X38 Crew Return Vehicle project, located at ESA's research and technology centre, ESTEC, in Noordwijk, the Netherlands.

From 30 October to 10 November 2002, Frank flew the Odissea mission, a support flight to the International Space Station. He served as a flight engineer on the updated Soyuz TMA spacecraft on launch, and on a Soyuz TM for reentry.

Frank’s prime task of the 11-day mission was to replace the Soyuz TM-34 vehicle attached to the Space Station with the new Soyuz TMA-1.

During his nine days spent on the Space Station, Frank ran 23 experiments in life and physical sciences and education, including experiments in Europe’s Microgravity Science Glovebox. The mission was sponsored by the Belgian Federal Office for Scientific, Technical and Cultural Affairs.

From 27 May to 1 December 2009 Frank was sent on the Oasiss mission, a long-duration flight to the International Space Station. As part of Expedition 21 Frank became the first European commander of the orbital outpost. He was also Soyuz TMA-15 and Expedition 20 flight engineer.

One of Frank’s key tasks during the mission was to operate the Station’s robotic arm to dock Japan’s first HTV cargo vehicle. He was also the main operator of the Japanese robotic arm, used to transfer experiments to Japan’s external payload facility on the country’s Kibo Laboratory. More than 1000 crew hours were dedicated to science. Special events were also held to support UNICEF’s Belgium WaSH (Water, Sanitation and Hygiene) campaign.

After his mission, Frank chaired the technical committee of the second EU–ESA Space Exploration Conference in Brussels in 2010.

Frank became Head of ESA’s European Astronaut Centre in Cologne, Germany on 1 August 2012. Since 2017, he has been in charge of International Space Station (ISS) operations at ESA, and in 2020 became ESA’s ISS Programme Manager.