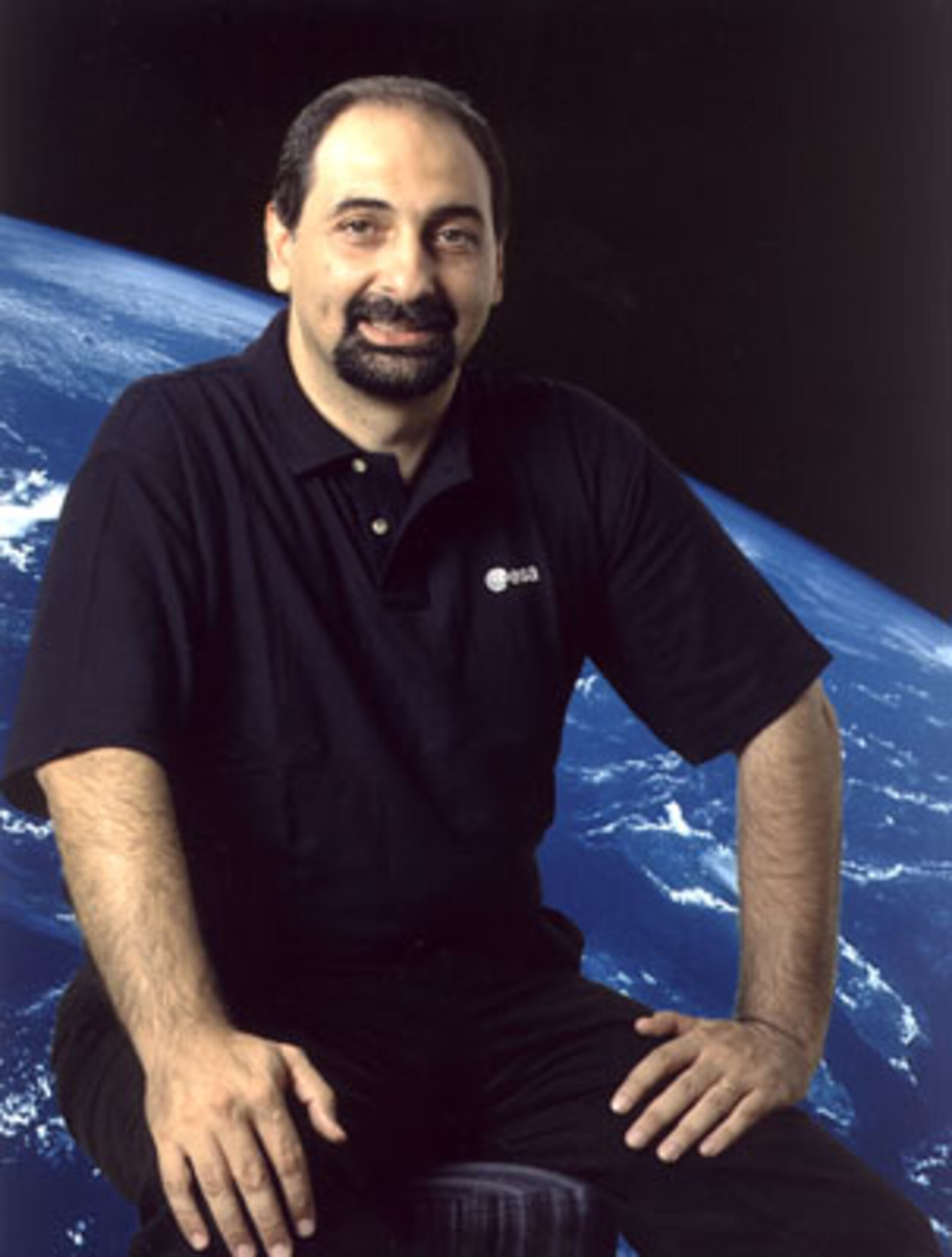 Personal Data
Born August 18, 1954, in Rome, Italy. He is married and has one child. Enjoys swimming, volleyball, and classical music.

In 1982, Umberto Guidoni joined Italy’s National Energy Committee as a staff scientist and in 1983, he worked in the Solar Energy Division of the National Committee for Renewable Energy (ENEA) where he developed new techniques to characterise solar panels.

In 1984, he became a permanent researcher at the Space Physics Institute (IFSI-CNR) and was a co-investigator in the Research on Electrodynamic Tether Effects (RETE) experiment, one of the payloads selected for the first spaceflight of the Tethered Satellite System (TSS).

From 1985 until 1987, he collaborated on the development of the IFSI plasma chamber for laboratory simulations of electrodynamic tether phenomena and characterisation of plasma contactors in an ionospheric environment.

In 1988, he was appointed RETE Project Scientist, with responsibility for the integration of the experiment with the tethered satellite.

In 1989, Umberto Guidoni joined the Astronaut Office of the Italian Space Agency (ASI) as one of two Italian scientists selected to be trained as payload specialists for the US Space Shuttle's TSS-1 mission. In 1991, he was relocated to the NASA Johnson Space Center in Houston, US, where he underwent training as Alternate Payload Specialist. For the duration of the STS-46/TSS-1 mission (31 July - 8 August 1992), he assisted the science team for on-orbit operations at the Payload Operations Control Center (POCC) in Houston.

In 1995, he was selected for his first spaceflight. He was a Payload Specialist representing ASI on Space Shuttle mission STS-75/TSS-1R (22 February – 9 March 1996). The mission’s principal payloads were the reflight and deployment of the Tethered Satellite System (TSS) and the third flight of the United States Microgravity Payload (USMP-3).

From September 2001, Dr. Guidoni was temporarily assigned to ESA's European Space Research & Technology Centre (ESTEC) as crew support for the payloads that are being developed for the Columbus Laboratory. Columbus and its payloads, will be the European contribution to the scientific research performed on board the International Space Station.

Umberto Guidoni flew as a Payload Specialist on the 16-day STS-75/TSS-1R mission (22 February – 9 March 1996). The principal payloads were the reflight and deployment of the Tethered Satellite System (TSS) and the third flight of the United States Microgravity Payload (USMP-3). The TSS experiment produced a wealth of new information on the electrodynamics of tethers and plasma physics despite the tether breaking after reaching a distance of 19.7 km from the Space Shuttle, just shy of the 20.7 km goal.

In July 2004 Umberto Guidoni became a Member of the European Parliament.