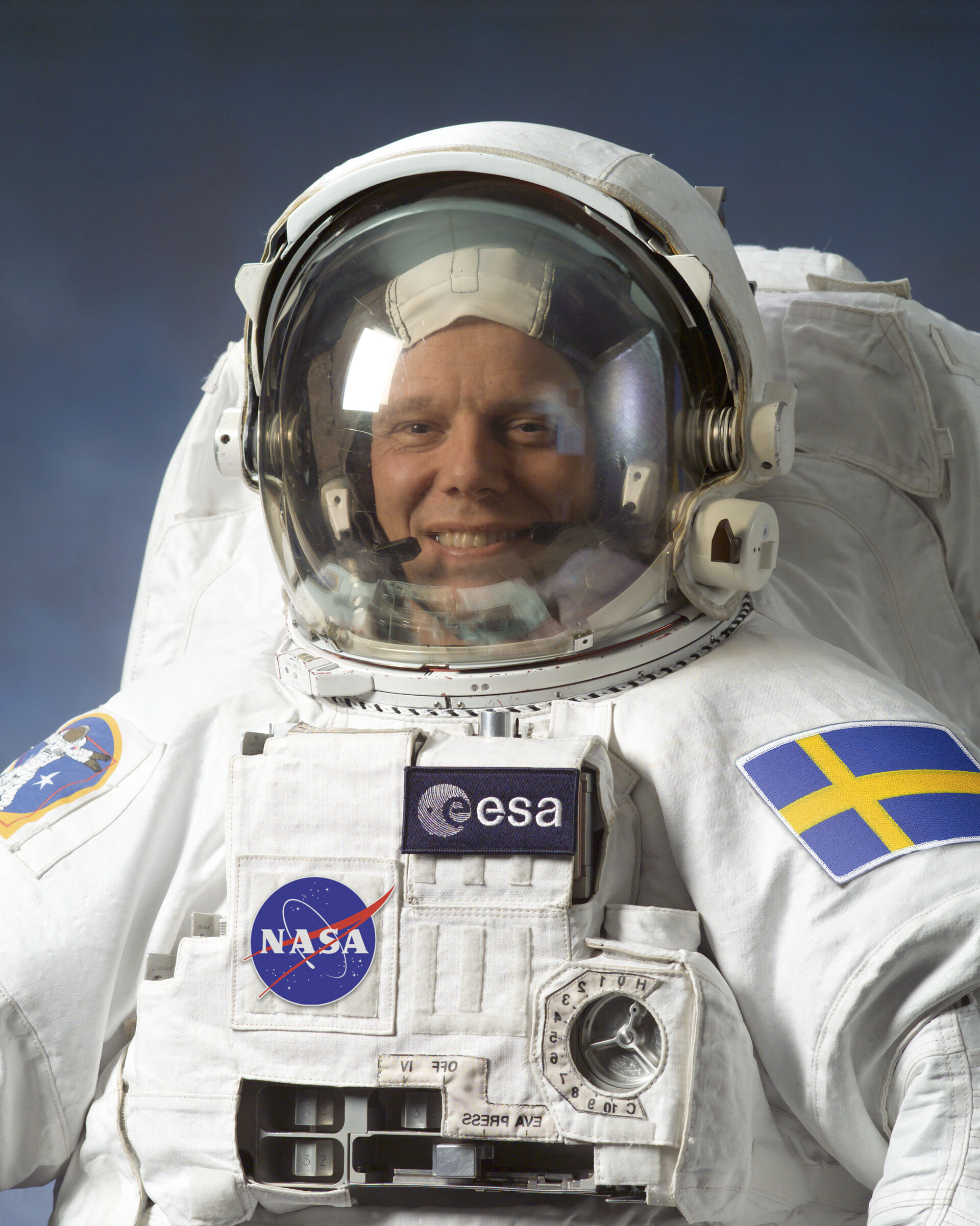 ESA PR 41-2006. ESA astronaut Christer Fuglesang is about to become the first Swedish and the first Nordic astronaut in space. During the night of 7/8 December, he will board NASA’s Shuttle Discovery as Mission Specialist on flight STS-116.

With his six crewmates, he will fly to the International Space Station on a mission to add a new section to its truss structure and to reroute electrical power supply and thermal control from its new set of solar arrays and radiators.

Once onboard the Space Station, Christer Fuglesang will meet up with fellow ESA astronaut Thomas Reiter from Germany, who has been a permanent crew member since 6 July. This will be the first time that two ESA astronauts fly together on the same ISS mission. Both will return to Earth onboard Discovery at the end of its 12-day assignment.

During his stay onboard, Christer Fuglesang will perform two Extravehicular Activities (EVAs), of the three scheduled on this mission.

Dubbed 'Celsius' after the famous Swedish scientist and astronomer Anders Celsius (1701-1744), Christer Fuglesang’s mission will also involve conducting a number of European experiments in the areas of human physiology and radiation dosimetry, as well as a series of experiments in those same areas geared to educational purposes.

With the European Celsius mission, ESA confirms its role as a major contributor to the ISS programme and assembly effort. Set to follow in Christer Fuglesang’s footsteps, a number of other ESA astronauts are already training for future ISS assembly missions. Next to go will be Paolo Nespoli of Italy on STS-120 carrying the European-built Node 2 module in September 2007, and Hans Schlegel of Germany on STS-122 on a mission devoted to installing ESA’s Columbus laboratory in October 2007.

As the STS-116 launch is scheduled for what will be the middle of the night in Europe, ESA does not plan to arrange media events at its operations centres. Live video feeds provided by NASA will be accessible on the internet through ESA’s Celsius mission website.

ESA-TV will also provide daily mission coverage in the form of rebroadcasts of NASA-TV flight day highlights at 09:00 CET, plus ESA-TV spacewalk highlights of the two EVAs involving Fuglesang, in time for breakfast news.

All satellite details and schedules will be posted on http://television.esa.int on 4 December.

Live video feeds provided by NASA will be accessible on the internet via ESA’s Celsius mission website .

To celebrate the flight of its first astronaut from Sweden, ESA is jointly organising a special event with the Swedish National Space Board and the city of Stockholm at the 'Kulturhuset'. From 7 to 20 December, 'SpaceCamp Stockholm' will host exhibits, lectures, workshops, film shows and many other activities geared to promoting space activities and applications. As part of this, a local live event for the general public and media representatives is being arranged for the launch itself.

Throughout the mission you can reach the ESA following media relations representatives at: