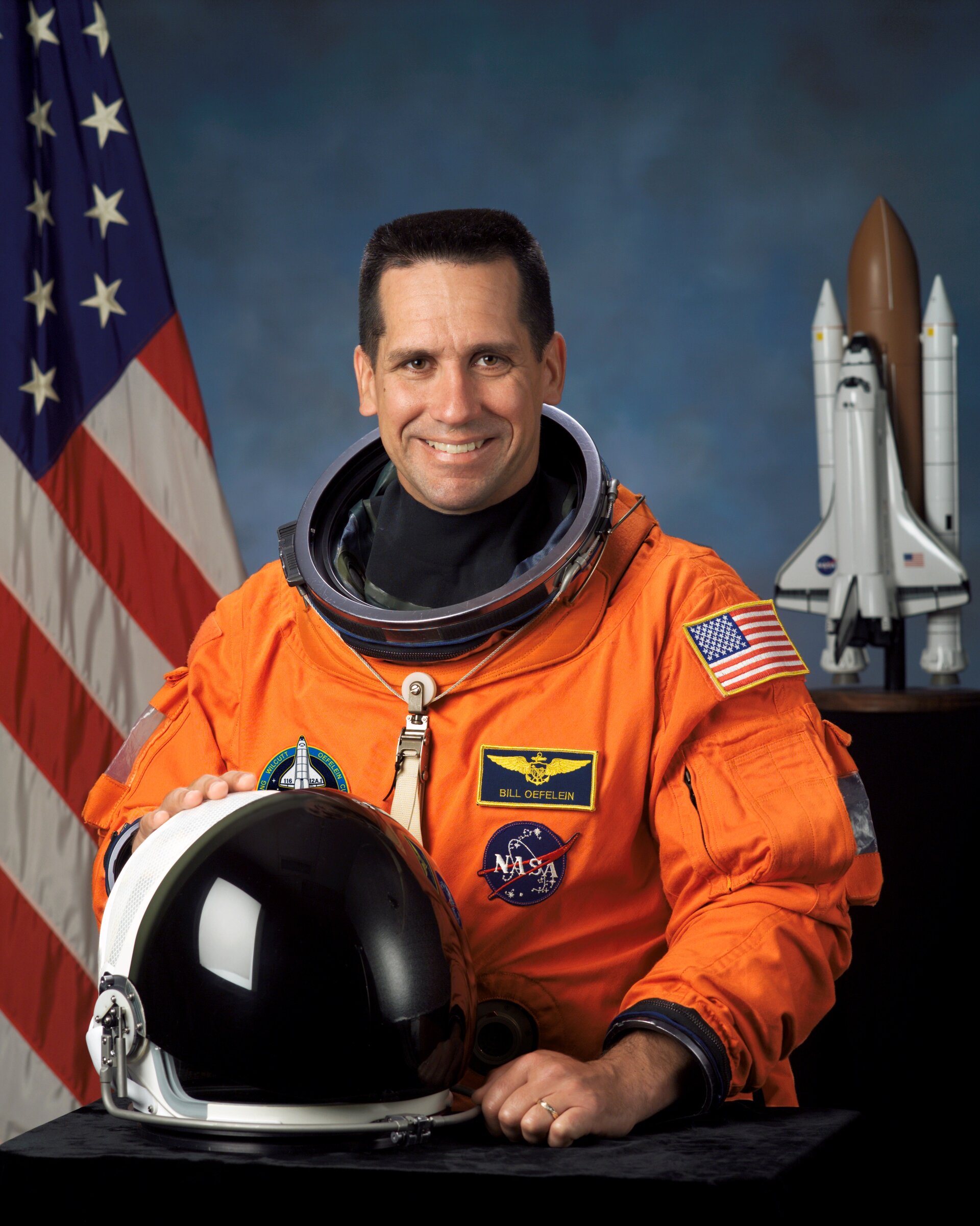 Oefelein received his commission as an Ensign in the United States Navy from Aviation Officer Candidate School in Pensacola, Florida in 1988. He entered flight training in Texas in 1989 and was designated a Naval Aviator in September 1990. He then reported to Marine Fighter/Attack Training Squadron 101 at Marine Corps Air Station El Toro, California for initial F/A-18 training. Upon completion of training, he was assigned to Strike Fighter Squadron 146 at Naval Air Station Lemoore, California where he made overseas deployments aboard the aircraft carrier USS Nimitz to the Pacific and Indian Oceans and the Persian Gulf. While assigned to VFA-146, he attended the US Navy Fighter Weapons School, Topgun, and was assigned as the Squadron Airto-Air Weapons and Tactics Officer. Oefelein was selected for the United States Naval Test Pilot School at Naval Air Station Patuxent River, Maryland and began the course in January of 1995. After graduation in December 1995, he was assigned to Strike Aircraft Test Squadron as an F/A-18 Project Officer and Test Pilot.

In February 1997, he went back to the United States Naval Test Pilot School as an Instructor flying the F/A-18, T-2, and U-6 aircraft. In February 1998, he transferred to Carrier Air Wing 8, Naval Air Station Oceana, Virginia where he was assigned duties as the Strike Operations Officer when he was selected for the astronaut programme.

Oefelein has logged over 3000 hours in more than 50 aircraft and has over 200 carrier arrested landings.

Selected by NASA in June 1998, Oefelein reported to Johnson Space Center in August 1998. Having completed 2 years of training and evaluation, he is qualified for space flight assignment as a pilot. Recently, Oefelein was assigned technical duties in the Astronaut Office Advanced Vehicles Branch and CAPCOM Branch.

Oefelein is assigned as Pilot on the STS-116 mission to the International Space Station. He will be responsible for systems operations and assisting in the rendezvous for docking to the Station.