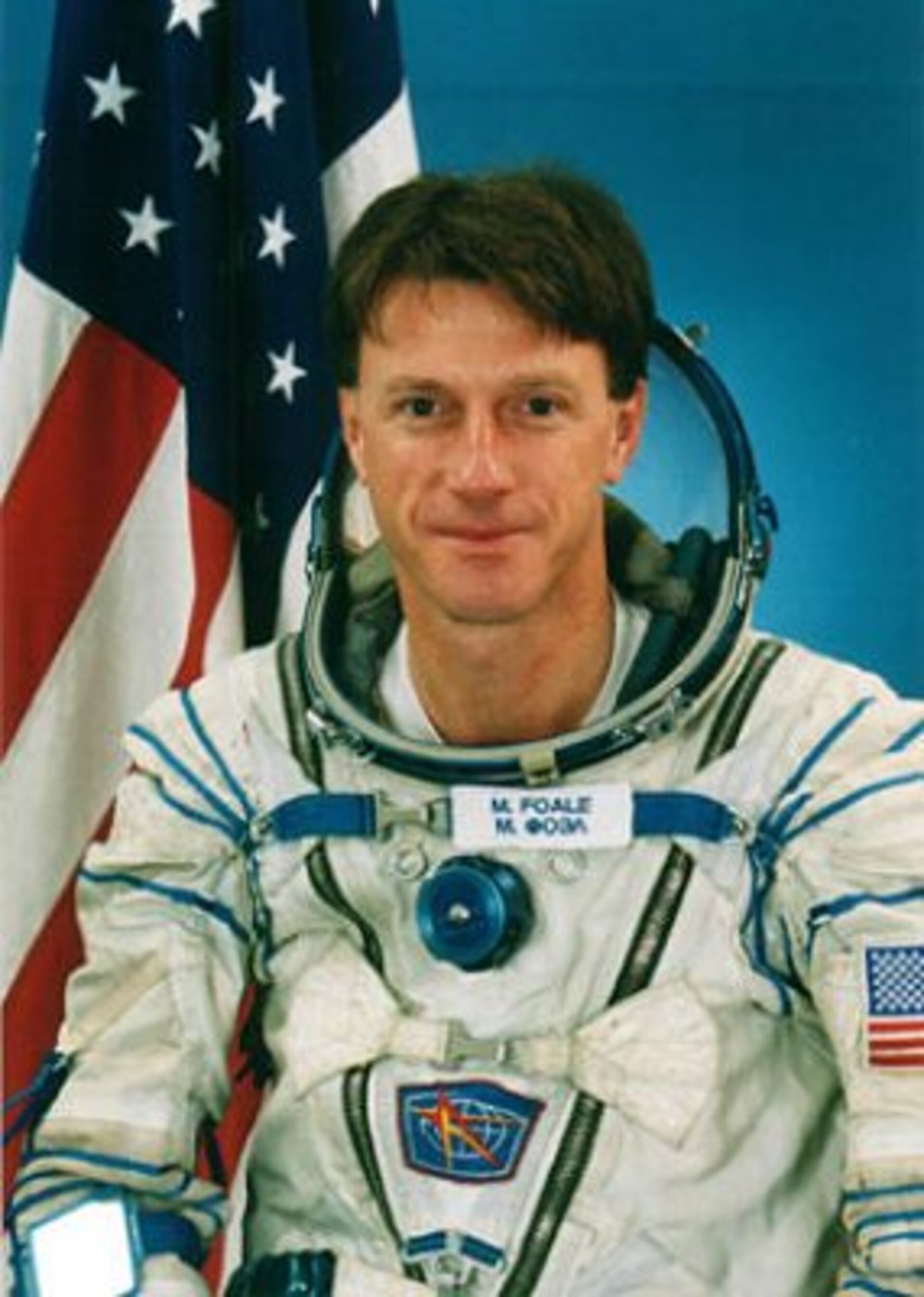 Graduated from Kings School, Canterbury, in 1975. He attended the University of Cambridge, Queens’ College, receiving a Bachelor of Arts degree in Physics, Natural Sciences Tripos, with 1st class honours, in 1978. While at Queens’ College, he completed his doctorate in Laboratory Astrophysics at Cambridge University in 1982.

While a postgraduate at Cambridge University, Foale participated in the organization and execution of scientific scuba diving projects. Pursuing a career in the U.S. Space Programme, Foale moved to Houston, Texas, to work on Space Shuttle navigation problems at McDonnell Douglas Aircraft Corporation. In June 1983, Foale joined NASA Johnson Space Center in the payload operations area of the Mission Operations Directorate. In his capacity as payload officer in the Mission Control Center, he was responsible for payload operations on Space Shuttle missions STS-51G, 51-I, 61-B and 61-C. Selected as an astronaut candidate by NASA in June 1987.

Before his first flight he flew the Shuttle Avionics Integration Laboratory (SAIL) simulator to provide verification and testing of the Shuttle flight software, and later developed crew rescue and integrated operations for International Space Station.

In preparation for a long-duration flight on the Russian Space Station Mir, Foale trained at the Cosmonaut Training Centre, Star City, Russia. He also served as Chief of the Astronaut Office Expedition Corps.

He is currently Assistant Director (Technical) of the Johnson Space Center.

STS-45 (24 March to 2 April 1992) was the first of the ATLAS series of missions to study the atmosphere and solar interactions.

STS-56 (9-17 April 1993) carried ATLAS-2 and the SPARTAN retrievable satellite that made observations of the solar corona.

STS-63 (2-11 February 1995) was the first rendezvous with the Russian Space Station Mir. During STS-63 he made a space walk (extravehicular activity) with Bernard Harris for 4 hours, 39 minutes, evaluating extremely cold conditions on his spacesuit, and exploring mass handling of the 2800-pound Spartan satellite.

His next flight lasted 4-½ months aboard the Russian Space Station Mir, and was launched on STS-84 on 15 May 1997 to join the Mir 23 crew. Foale initially conducted science experiments, and then helped re-establish the Mir after it experienced a collision and depressurisation. He conducted a 6-hour EVA in the Russian Orlan spacesuit with Anatoli Soloviev to inspect damage to the station's Spektr module caused by the 25 June collision with a Progress re-supply ship. Foale's long duration spaceflight ended on 6 October 1997 after return by STS-86, after spending 145 days in space.

His last spaceflight was on STS-103 (19-27 December 1999), an 8-day mission, which repaired and upgraded systems on the Hubble Space Telescope (HST). During an 8 hours and 10 minute EVA, Foale and Nicollier replaced the telescope’s main computer and Fine Guidance Sensor.