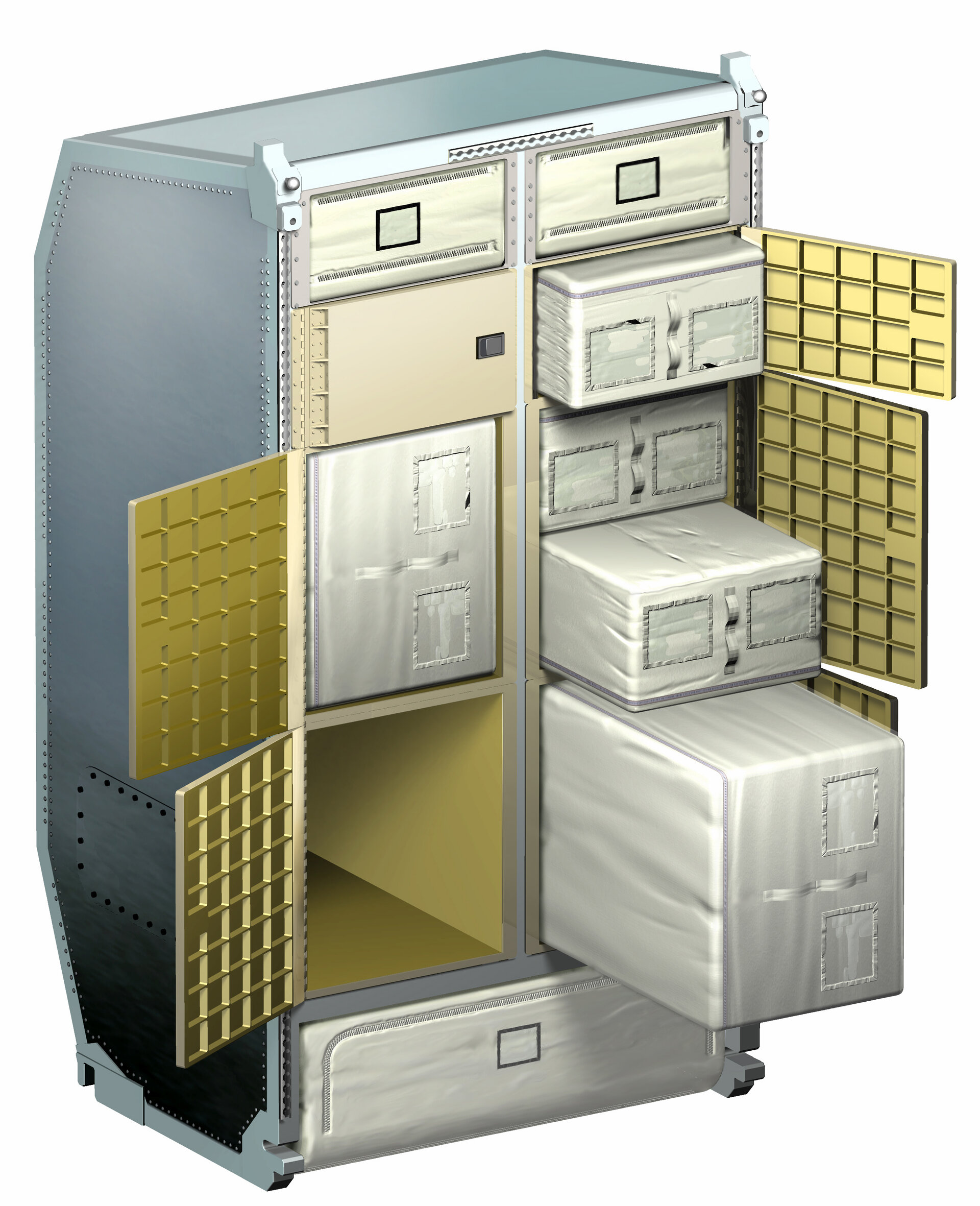 The European Transport Carrier carries payloads that cannot be launched with ESA facilities because of stowage or transport limitations.

In orbit it serves as a workbench and stowage facility to support experiments with Biolab, the Fluid Science Lab, the European Physiology Modules and the European Drawer Rack.

The European Transport Carrier was launched inside the Columbus laboratory in 2008. Before that it was used in the Multi-Purpose Logistics Module that flew to the International Space Station in the Space Shuttle multiple times.

The carrier was reconfigured on Earth to accommodate specific transport and stowage needs for each flight. It was designed to serve for up to 15 flight missions.

On board the International Space Station the doors of European Transport Carrier are unlocked for access to the facility.

The Zero-g Stowage Pockets in the upper and lower part of Carrier, which can only be used in weightlessness, are set up. The stowage containers can be used for various kinds of payload stowage activities.

When the Carrier is prepared for download, all the Zero-g Stowage Pockets are first emptied, the pockets folded, and stowed away. The doors are then locked again and the whole rack is transferred for landing.

The European Transport Carrier launched on board the STS-122 Space Shuttle mission in the Columbus laboratory.