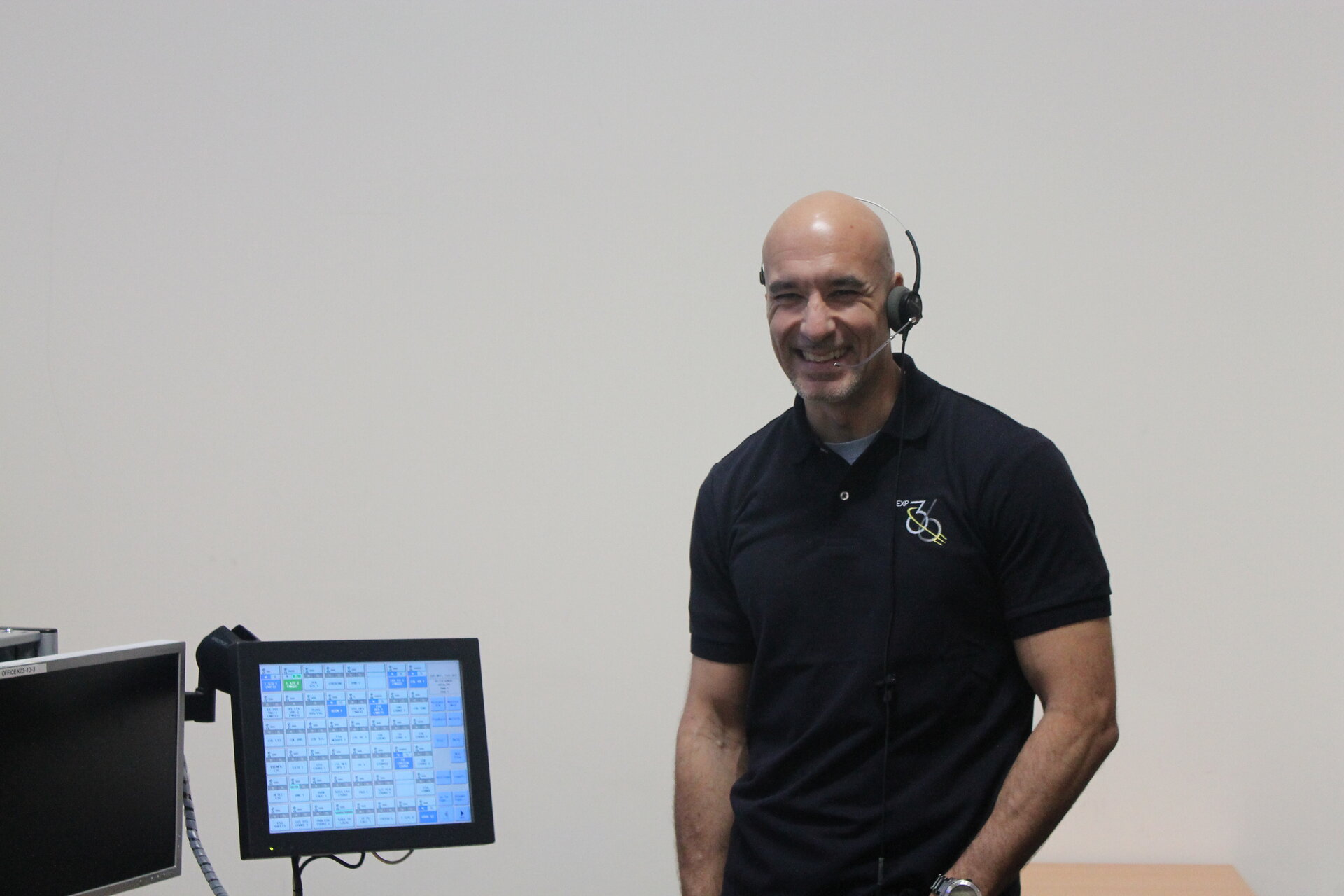 ESA astronaut Luca Parmitano visited the Columbus Control Centre yesterday on a final visit before he is launched to the International Space Station in May.

On a visit to meet the team that will support him during his mission, Luca spoke briefly with astronauts on the Station.

The centre in Oberpfaffenhofen, Germany, operates the Europe’s Columbus module on the Station. A large team monitor and command the space laboratory day and night from Earth.

They are the ‘eyes and ears’ monitoring every aspect of Columbus, from the air-conditioning, power points and lighting to the scientific experiments, cameras and stored equipment.

When Luca spends six months on the Station this year he will be able to call the control centre at any time with any query he may have.

The mission directors for Luca’s Volare mission also work at the centre organising his time on board, planning experiments and maintenance work, and ensuring that he can do his job in space.