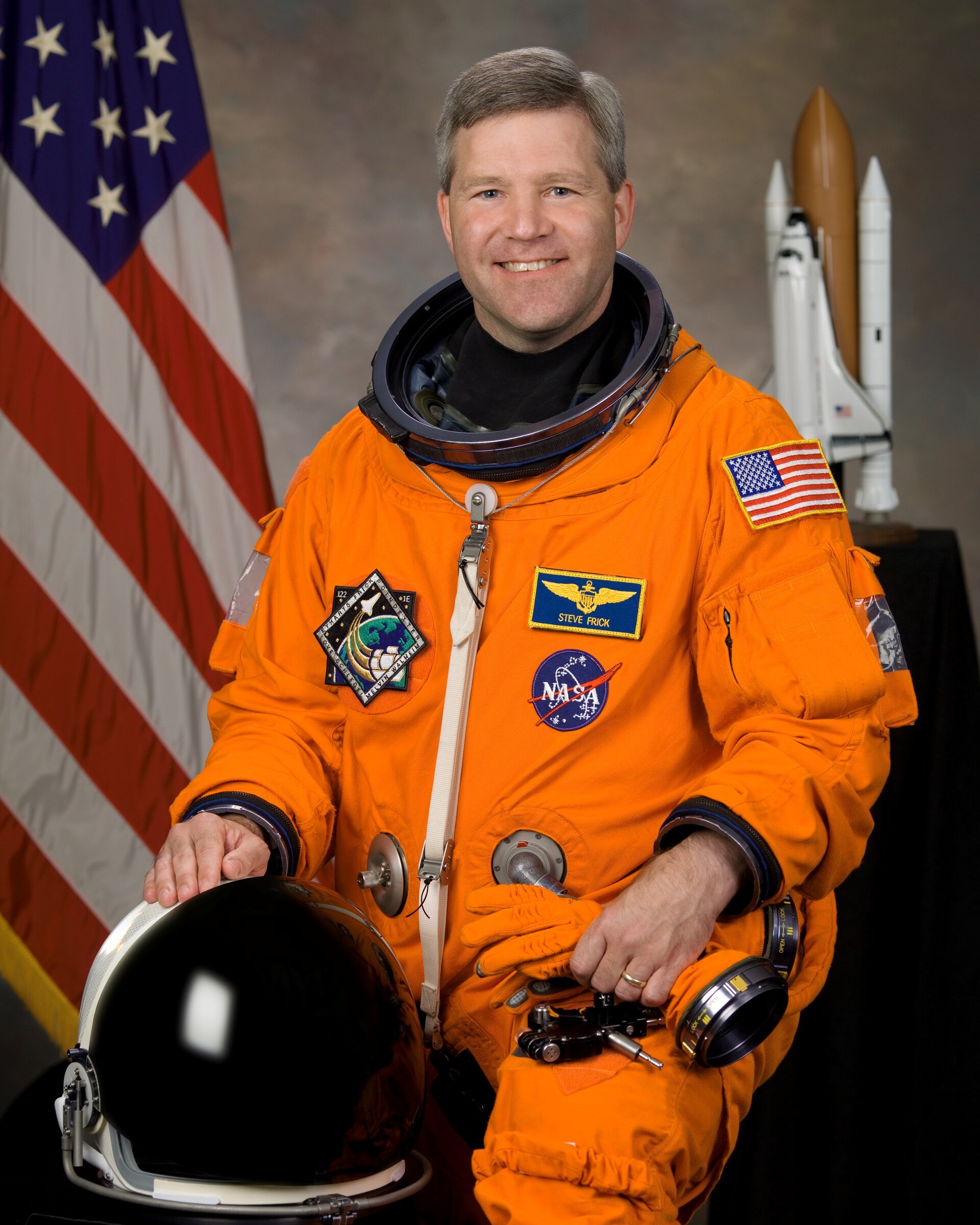 Frick was commissioned upon graduation from the U.S. Naval Academy in May 1986. After being designated as a U.S. Naval Aviator in February 1988, he reported to U.S. Strike Fighter Squadron 106 at Naval Air Station Cecil Field, Florida, USA for transition to the F/A-18 Hornet. Upon completion of training, he reported to Strike Fighter Squadron 83 also at Cecil Field, and deployed to the Mediterranean Sea and Red Sea onboard the USS Saratoga. He was also designated an airwing qualified landing signals officer.

After leaving U.S. Strike Fighter Squadron 83 in 1991, Frick participated in a programme of 15 months at the Naval Postgraduate School in Monterey, California, USA and 1 year with the U.S. Naval Test Pilot School at Naval Air Station Patuxent River, Maryland USA. Upon graduation in June 1994, he was assigned as a project officer and test pilot to the Carrier Suitability Department of the U.S. Strike Aircraft Test Squadron also located at Patuxent River. While there, he conducted shore-based and shipboard testing of the F/A-18 Hornet. Frick was assigned to U.S. Strike Fighter Squadron 125 in Lemoore, California, USA preparing for return to a deployed F/A-18 squadron when selected for the NASA astronaut programme in April 1996.

Frick Has logged over 3 200 flight hours in 35 different aircraft, and has over 370 carrier landings.

Selected by NASA in April 1996, Frick reported to the Johnson Space Center in August 1996. Having completed two years of training and evaluation, he is qualified for flight assignment as a pilot.

Initially, Frick was assigned technical duties in the NASA Astronaut Office Spacecraft Systems/Operations Branch. He completed his first space flight as pilot on the STS-110 mission, and has logged over 259 hours in space. Frick is assigned to command the STS-122 mission that will deliver the European Space Agency’s Columbus Laboratory to the International Space Station.

STS-110 Atlantis (8-19 April 2002) was the 13th Shuttle mission to visit the International Space Station. Mission milestones included: delivery and installation of the SO (S-Zero) Truss; first manoeuvring of spacewalkers using the ISS robotic arm; and the first mission on which all spacewalks were based from the station's Quest Airlock. The crew prepared the station for future spacewalks and spent a week in joint operations with the Station's Expedition-4 crew.