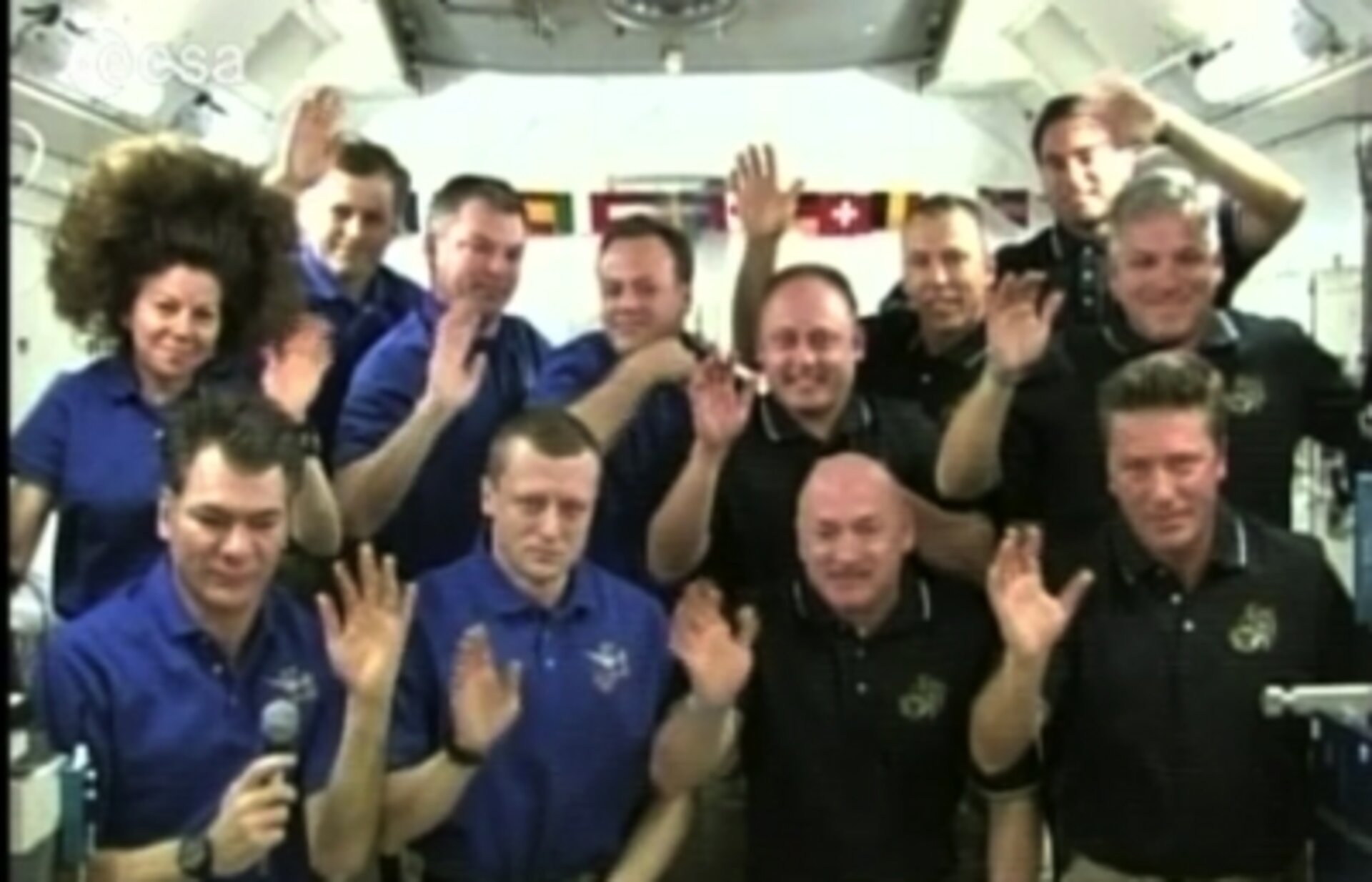 It was a first for the crew of the International Space Station: a papal call. His Holiness Benedict XVI talked with the astronauts in orbit for about 20 minutes on Saturday afternoon in an event webcast live from the Vatican Library.

An interior view of the International Space Station showing all 12 astronauts aboard was beamed to a TV screen in the Foconi Room of the Vatican Library at 13:11 CEST (11:11 GMT) on Saturday.

After a customary voice check, ESA’s Director for Human Spaceflight and Operations, Thomas Reiter, handed the microphone over to Enrico Saggese, President of the Italian Space Agency, who introduced the Station’s commander, Dmitri Kondratyev, to the Pope.

After exchanging a few words with His Holiness, Kondratyev presented the Station crew before Space Shuttle commander Mark Kelly introduced his crew.

After speaking with His Holiness, Roberto Vittori showed a coin given to him by the Pope, letting it float to Paolo Nespoli, who will bring it back to Earth next Tuesday morning.

Finally, His Holiness addressed Paolo in Italian, expressing his condolences for the recent loss of the astronaut’s mother.

His Holiness Benedict XVI has shown deep interest in astronomy and science. In 2009, during the International Year of Astronomy, he noted that our time is “positioned on the threshold of yet greater scientific discoveries.”

“Who can deny,” the Pope stated, “that the responsibility for the future of humanity and also the respect for nature and the world around us, demands, now more than ever, the careful observation, the critical judgement, the patience and the discipline that are essential to the modern scientific method?”

The Vatican Observatory is one of the oldest astronomical research institutions in the world and a leader in astronomy. Its main office is at the papal summer residence in Castel Gandolfo, Italy, outside Rome. Its research centre, the Vatican Observatory Research Group, is located at the University of Arizona in Tucson, USA.

The most famous papal message to space was left on the Moon by the Apollo 11 astronauts in 1969. “I look up at your heavens, made by your fingers, at the moon and stars you set in place,” said Pope Paul VI, quoting from the Psalms.

The replay of the event is available in ESA's video archive multimedia.esa.int

Updates on the event are at www.twitter.com/esa