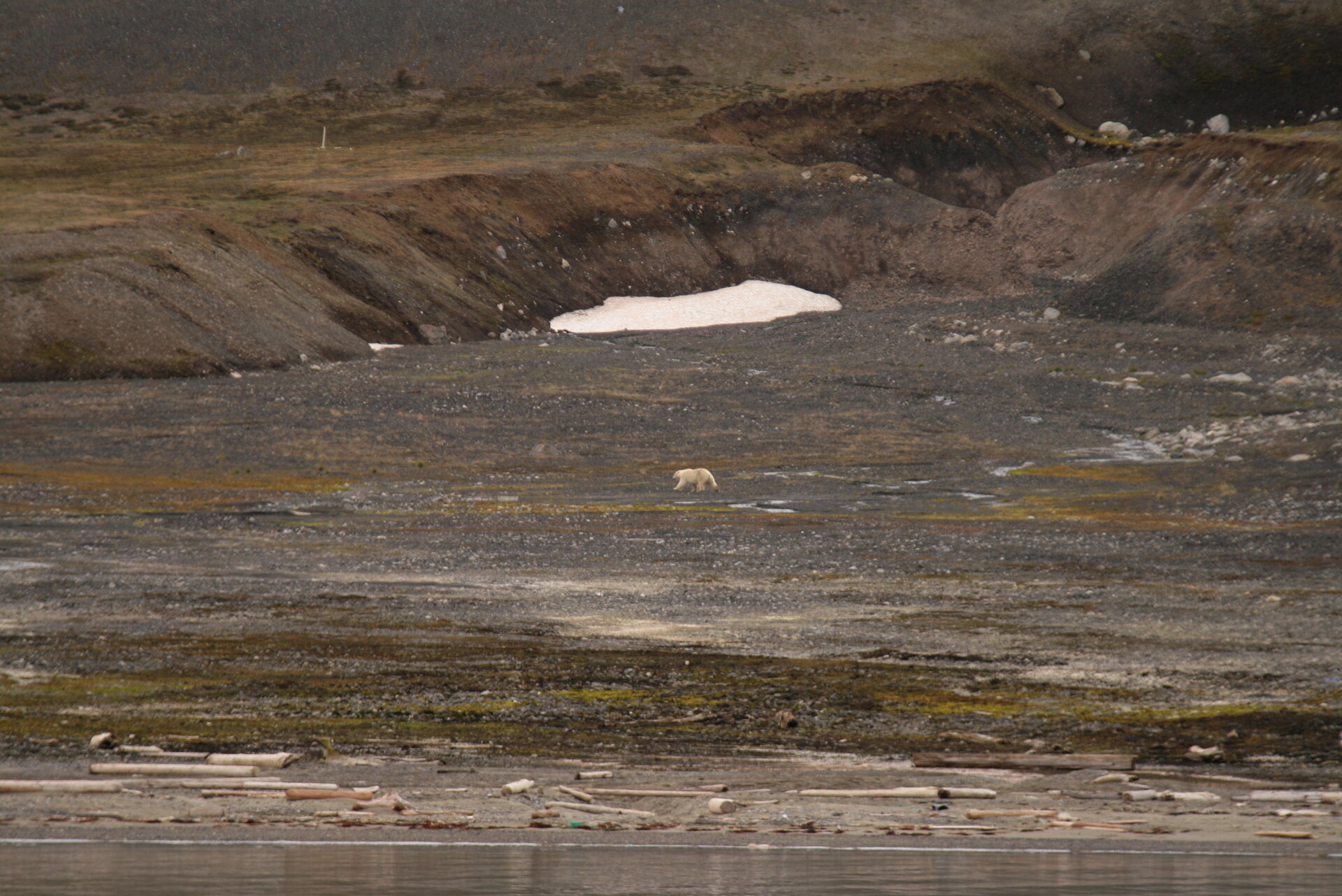 Last night after sending the blog, the initiation ritual for the newbies to the AMASE 2007 started. We had a nine o'clock meeting and all of a sudden the holy order of the Svalbardian babes of science entered...

The choir boys had their own little song about the stereotypes of science while father Dave was chanting funny holy words and the nuns (babes of science) were trying their hardest not to break down laughing - very funny!

The initiation ritual to enter the order of AMASEing people consists of (individually and publicly) composing and reciting a funny limerick. This quickly resolved into the fact that Steve Squyres got everybody together in order to make it a group effort, and I arranged for everybody to make sure they include some of the 'oldies' in their limericks. (I prey it won't come back to bite me).

Personally I have to make sure to get Liane, Dave Potts and Mike. I have it all done and ready (with a little help from Steve who has a natural talent for writing limericks) and I'll let you know tomorrow how it goes... ;-) Think we're all counting on everybody being able to take a joke ;-)

After the initiation ritual was dictated, most of went to the hot tub – the ship actually has a hot tub! Basically it's a box lines with plastic, filled up with water and heated with engine steam. The water was quite warm and it was a lot of fun…

Today we're doing a test on what it would be like to control a rover in the field, electing sites from vision only and so on. I'm waiting for the 9 o'clock morning meeting so I'll know more later...

The basic principle behind today's experiment is that a group stays on board ship and another goes to a secret location, pretending to be a rover which will then be controlled by the group on the ship, meaning that the group on the ship has two hours to come up with an operation plan for the rover, based on black and white images sent back from land.

Each action of the rover has a certain 'price' (represented by a certain amount of tokens) and for each sol (= Martian day) only 200 tokens are available (i.e. driving 10 m costs a minimum of 10 tokens depending on the terrain, a colour image 4 tokens, a CheMin analysis 150 tokens etc.) limiting the amount of analysis etc. possible per day, also all commands should be sent to shore at the same time.

After some slight confusion (first I was told to stay on ship to do remote controlling, then to come on shore, and when we got there they decided to send me back after all as I have a headache and am prone to migraines), the shore-group left for the secret site, and the on board group was divided into three interest groups; Mineralogy, Geology and Biology.

We then have two hours to agree on an operation plan and send it to the rover (simulated by Kjeld Ove Storvik, our photographer). Our goal is to get three fictional sols - meaning a minimum shore-time of 6 hours for the shore-team, only they have not arrived at their site yet, even though they've been on shore for about two hours already.

At the moment I'm feeling a bit off - headache and slight nausea, but hopefully it won't develop into a full-force migraine, however, even though I would have liked to go to shore it's probably better that I didn't...

The initial data from the rover arrived to the ship at 15:15 (plan was for it to arrive at 13:00) enabling us to start planning for sol 101 (in our fictional scenario the rover has been running on Mars for 100 sol). Just as we finished up the planning of sol 101 (which was quite difficult, trying to locate scientifically interesting sites from pictures alone) a polar bear appeared on the shore between the boat and the site where the artificial rover people are at - very exciting, and scary!

The crew went out in the zodiacs to try and scare the bear away with the engine sound and so far it has wandered down the coast and not towards our group, however, it is still too close for it to be safe for them to climb down from where they're at (midway up the volcano) or for us to go to shore with supplies etc.

Eventually it seems that the polar bear has ventured down along the coast, and the crew expects it to appear on the other side of the fjord in a manner of hours, provided it doesn't decide to take a nap along the way.

Following all this excitement we got data back from sol 101 and planned sol 102 but due to the time (22:00) we will not get the data back until tomorrow. At 22:30 they finally returned to the ship and we gave them a warm welcome on the deck - it has been grey and raining since about 18:00.

The plan for the rest of the evening will be to complete the initiation ritual started last night, as soon as the artificial rover group returns to the ship.

I'm also looking forward to tonight as we're starting a series of lectures where each group will explain their instrument etc. Tonight we'll have the first lecture which will be from Fernando Rull on the Ramna spectroscopic analyzer.

As a group of people (Gareth Huntress (Carnegie Institute of Washington), Phillippe Sarrazin (NASA, Ames), Claus Mogensen (NASA, JPL), Albert Haldemann (ESA) and Christian Hjort) are going home tomorrow I will attempt to give them some photos to post with my blog, so hopefully you'll see photos on the blog page soon.