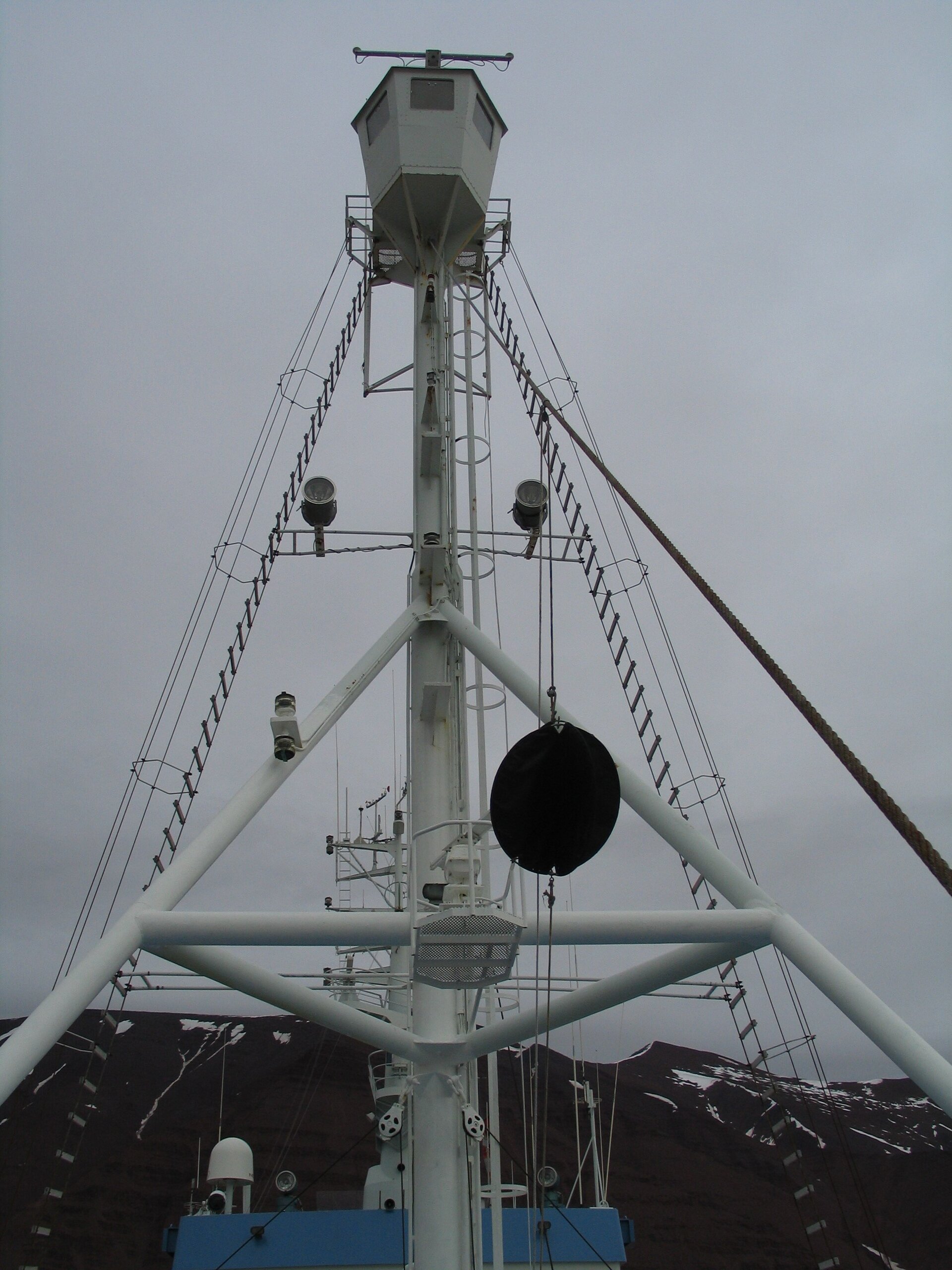 At 3 o'clock this morning we picked up the student and at 7 we passed Moffin islands where a lot of walruses hang out! Incredible, unfortunately nobody thought to wake people up and the walruses seemed to be fast asleep as well. All day there has been whales and dolphins on the horizon and the scenery is. Unbelievable - I know I keep saying that, however, it keeps being true ;-)

I'm spending a lot of time trying to make panorama photos, however I don't have Photoshop on my laptop so. My film camera has run out of film and my tele lens broke the other day while lying in the common room. Luckily it's insured, but still!

I'm spending a lot of time playing around with the professional cameras - Dave Potts has been teaching me how his huge video camera works - so much fun - and Kjeld Ove has an ancient Polaroid camera with him, one that still operates on glass plates etc. pretty cool!

The weather is unbelievably cold, your nose stings every time you take a breath, and the wind is strong enough to literally lean against.

This afternoon we stopped to go to shore, however I was feeling a bit low on energy and was taking a nap, and nobody thought to wake me up, so.

When I woke up I got to climb up in to the mast - incredible and a little scary ;-) that pretty high up, and you can feel the ladder move while climbing up and down, even when you're up there you can feel the mast move!

Personally I don't mind it much, however when I climbed down I choose the opposite ladder from the one I climbed up and the last step was missing and the two step above that were broken and repaired with a big plank... Hmmm. that was interesting ;-)

At the moment we've stopped next to yet another iceberg (part of it is literally under the ship) and the Raman people are taking their equipment up from their lab to attempt to do some measurements on the iceberg.

Personally I just find it fascinating to see the ice under the water and the incredible patterns embedded in the ice.

We had a meeting in the geology group this morning to discuss the data on some of the common samples, which we continue tonight and tomorrow morning.

According to plan we'll head for Longyearbyen now, we should be there at 8:30 tomorrow morning, to drop of the student we've picked up, and pick up somebody else before we go to Ebbadahlen, but I don't think there'll be time to go on land and send pictures though.

The talks tonight mainly concerned the data on samples collected, particularly from Jotun Springs, and then Marilyn talked about different data collected in the area. Fernando Rull talked about data from different locations obtained with the Raman spectral analyzer.