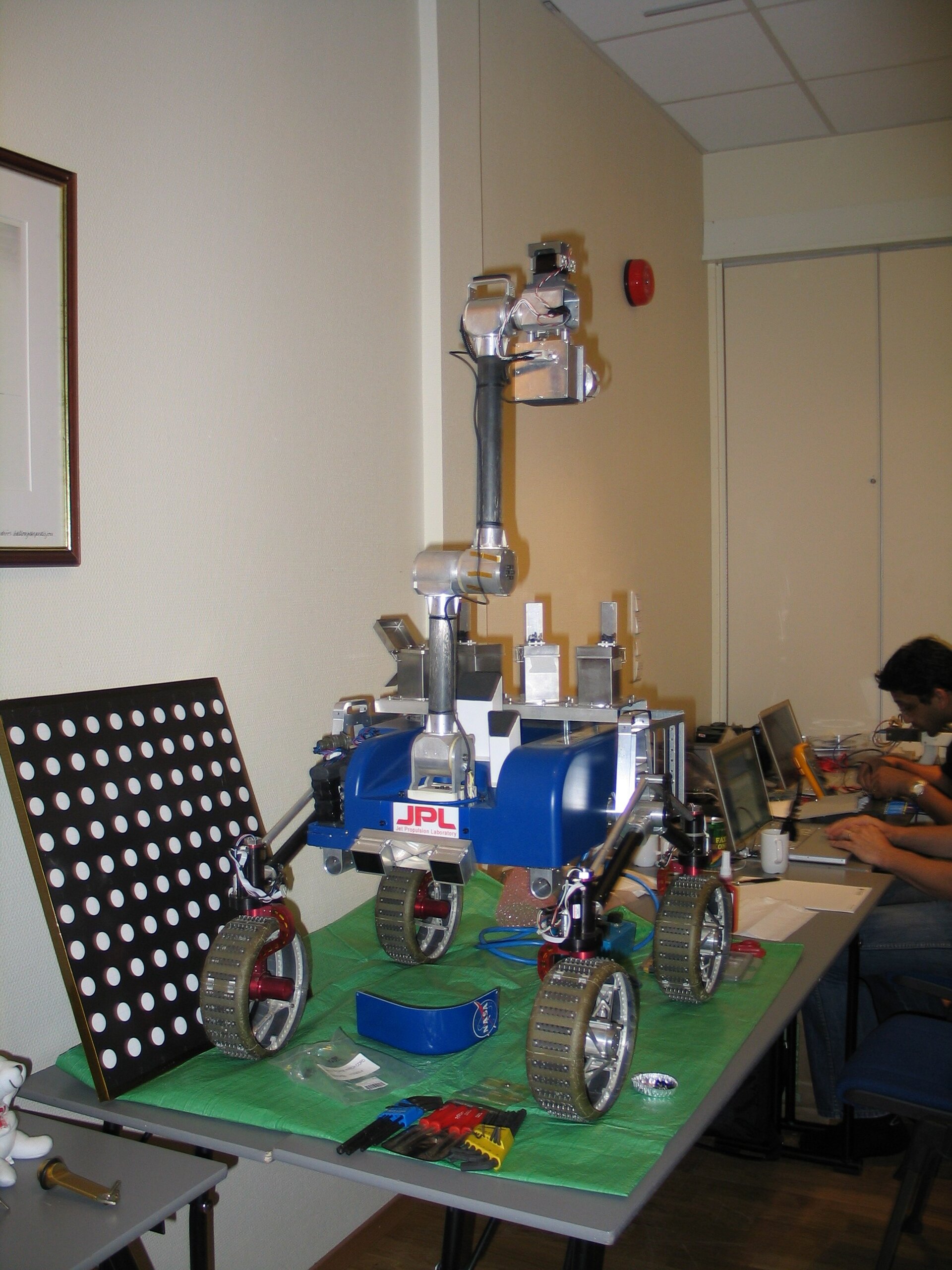 Last night the motor of the rover-arm broke down again, so we ended up working until quite late and the rover team stayed on board the ship in order to (hopefully) solve the problem.

This morning a helicopter arrived with some extra guests (Gerhard Kminek and Albert Haldemann from ESA, part of ExoMars team, and Christian Hjort, a Norwegian lawyer - Gerhard's staying for the remainder of the expedition but the others will be leaving again on the 16th).

The helicopter then took about 16 people up to the top of another volcano in the area, Scott Keltie, in order to determine whether this should be a site for the AMASE 2008 expedition. The rest of us, with the exception of the rover team, the Spanish team and a few others, went to Jotun Spings were there are two springs (surprise, surprise) which we took samples of for the biological instruments.

At Jotun Springs I also deployed my own instruments (there was no deployment of instruments yesterday). My experiment here is a magnet experiment. Basically, I've brought the magnets from Pathfinder and the MERs (Spirit and Opportunity) and I leave them exposed in the field and hope that when I come back, magnetic dust will have been attracted to the magnets.

What I hope to find is magnetic dust with saturation close to that found for Martian dust - it seems that essentially all airborne dust on Mars is strongly magnetic. As Svalbard is considered the best geological analogue of Mars, and Magnetite has been found here, it seems the obvious place to look, and as the experiment is quickly executed I have plenty of time to help the other instrument-groups.

Today, however, it was raining which kind of ruins my experiment - ideally we'd have dry windy weather, but as it is, it's raining and almost wind-still so. But I gave it a try anyway, and I've left the magnets on land and I'll go back and collect them tomorrow. I also picked up a few sand-samples that I will leave to dry out and test once I return to Denmark.

The Scott Keltie-group hasn't returned yet (at 15:00), and they may have to walk down (~3 km) as the fog around the mountain tops may be too thick for the helicopter to fly in (at the end they had to walk almost to sea-level, but not quite).

The crew are once in a while catching fish which we eat for lunch or dinner - it is interesting watching the Americans (and other nations of course) react to the Norwegian food - having fried 'toskerogn' (Canned cod-caviar) for breakfast and that sort of thing - my favourite was this morning when Mike (Michael Garrett) accidentally mistook mayonnaise for margarine and smeared mayonnaise on his bread after which he put marmalade on top ;-)

I have been assigned the interesting task of keeping track of all the samples collected and processed throughout the expedition and making sure that all data is entered into the software developed for the purpose and so on.

The software, however, is not finished yet (.) and the software guy leaves the boat on the 16th so from then on I'll be on my own ;-) I'm sure it'll drive me mad sometime along the way, but (as people who know me would agree) I never back away from a challenge..!

The rest of my day has gone to helping out the rover team modifying their scopes and locating the motor problem - basically it seems to be overloaded which may mean that STARS will not be able to be tested on the robotic arm on this expedition, luckily they brought along a handheld version also.