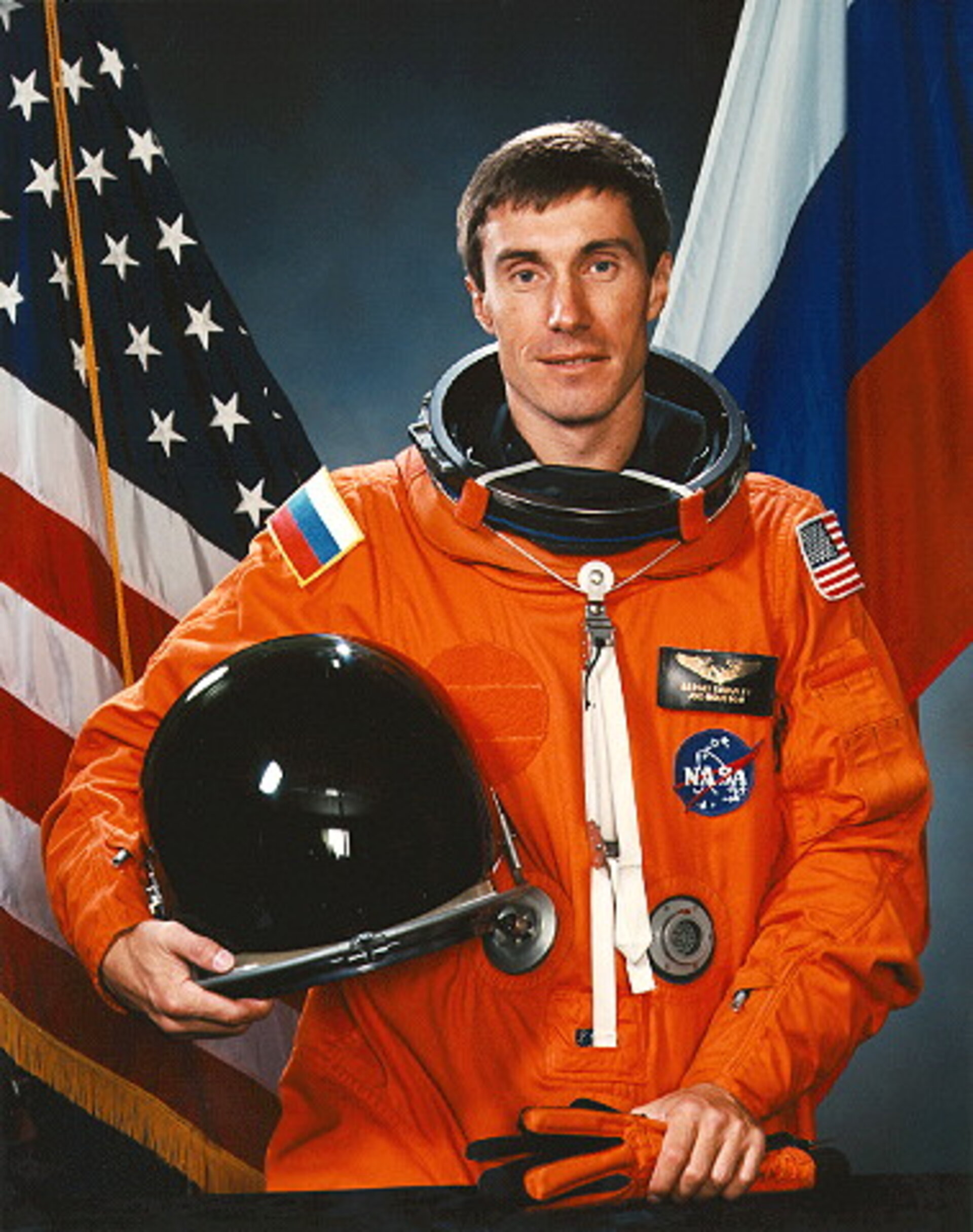 Krikalev was selected as a cosmonaut in 1985, completing his basic training in 1986, and, for a time, was assigned to the Buran Shuttle programme. In early 1988, he began training for his first long-duration flight aboard the Mir space station.

In April 1990, Krikalev began preparing for his second flight as a member of the backup crew for the eighth long-duration Mir mission.

In October 1992 Krikalev was one of two candidates named by the Russian Space Agency for mission specialist training with the crew of STS-60. In April 1993, he was assigned as prime mission specialist. In September 1993, Vladimir Titov was selected to fly on STS-63 with Krikalev training as his back-up.

Soyuz TM-7 launched on 26 November 1988, with Krikalev as flight engineer, Commander Alexander Volkov, and French Astronaut Jean-Loup Chretien. After the previous crew returned to Earth, Krikalev, Polyakov, and Volkov continued to conduct experiments aboard the Mir station. Because arrival of the next crew had been delayed, they prepared the Mir for a period of unmanned operations before returning to Earth on 27 April 1989.

Soyuz TM-12 launched on 19 May 1991, with Krikalev as flight engineer, Commander Anatoly Artsebarsky, and British astronaut Helen Sharman. Sharman returned to Earth with the previous crew after one week, while Krikalev and Artsebarsky remained on Mir. During the summer, they conducted six EVA's to perform a variety of experiments and some station maintenance tasks.

In July 1991, Krikalev agreed to stay on Mir as flight engineer for the next crew, scheduled to arrive in October because the next two planned flights had been reduced to one. Krikalev returned to Earth on 25 March 1992.

Krikalev was a member of the Expedition 1 crew. They launched 31 October 2000 on a Soyuz rocket from the Baikonur launch site in Kazakhstan, successfully docking with the station on 2 November 2000. During their stay on the Station they prepared the inside of the orbital outpost for future crews. They also saw the Station grow in size with the installation of the U.S. solar array structure and the U.S. Destiny Laboratory Module. They returned to Earth on 21 March 2001.

Krikalev has logged more than 1 year, 5 months and 10 days in space, including seven EVA's.

Krikalev is currently training for ISS Expedition 11, scheduled for launch in April 2005 on a six-month mission.