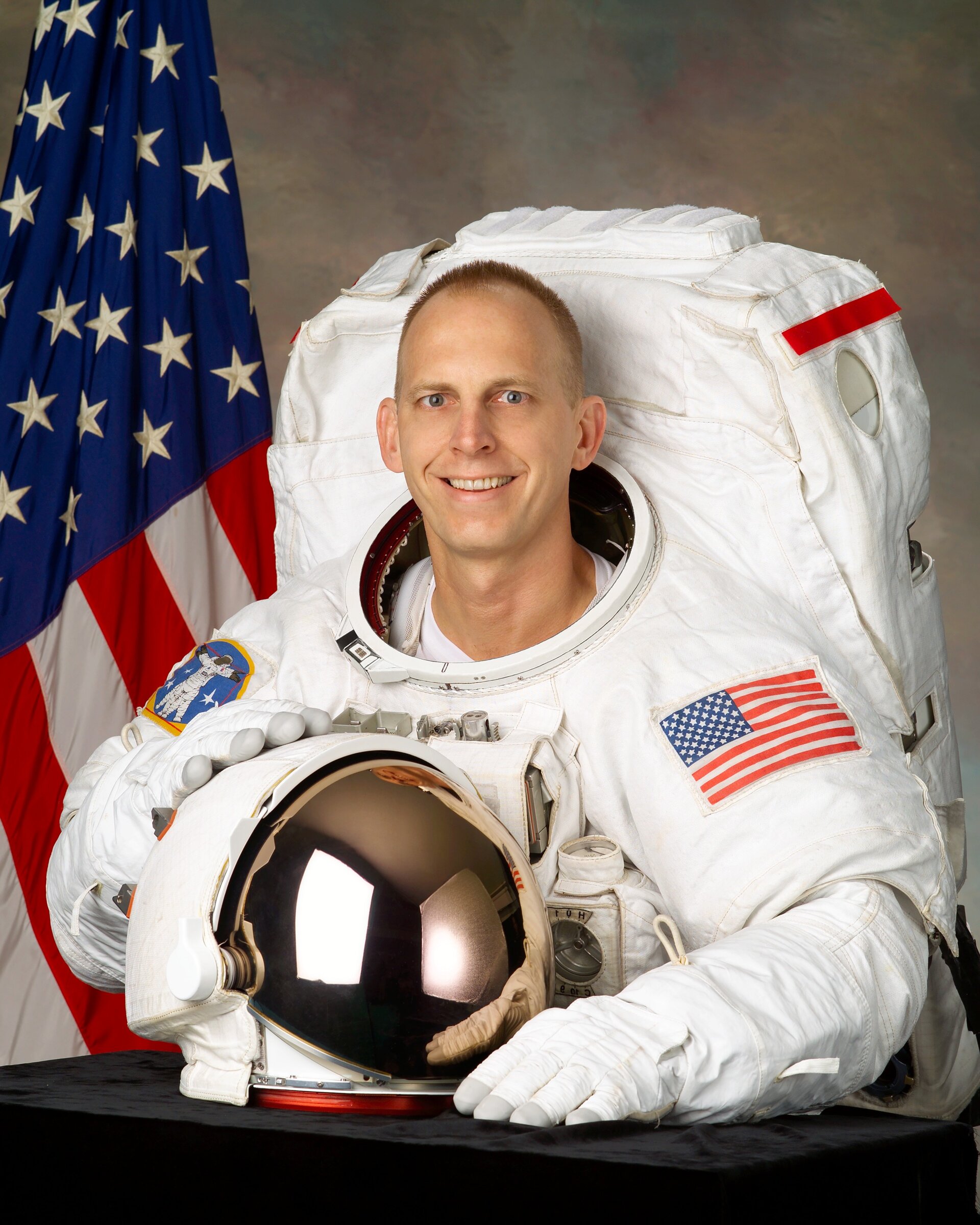 Born 23 February 1959 in Omaha, Nebraska, USA. He considers Ashland, Nebraska to be his hometown. Married to the former Susan Jane Harreld of Elkhart, Indiana, USA. They have two children. His interests include officiating College and High School basketball; participation in all sports; coaching youth sports; flying; reading; writing music; playing the piano/organ and vocal performance.

Various US awards and honours including an Honorary Doctorate Degree from Hastings College, USA in 2004; and a Johnson Space Center Certificate of Commendation (1993).

Anderson joined the Johnson Space Center in 1983 in the Mission Planning and Analysis Division where he performed rendezvous and proximity operations trajectory designs for early Space Shuttle and Space Station missions. In 1988 he moved to the Mission Operations Directorate as a Flight Design Manager leading the trajectory design team for the Galileo planetary mission (STS-34) while serving as the backup for the Magellan planetary mission (STS-31). In 1989, Anderson was chosen supervisor of the Mission Operations Directorate Ascent Flight Design Section and following reorganisation, the Flight Design Engineering Office of the Flight Design and Dynamics Division.

In 1993 he was named the Chief of the Flight Design Branch. From 1996 until his astronaut selection Anderson held the post of Manager, Emergency Operations Center, NASA Johnson Space Center. Selected as a mission specialist by NASA in June 1998, he reported for training in August of that year. Training included orientation briefings and tours, numerous scientific and technical briefings, intensive instruction in Shuttle and International Space Station (ISS) systems, physiological training, ground school to prepare for T-38 flight training, as well as learning water and wilderness survival techniques.

Prior to being assigned to a spaceflight Anderson served as the lead for the Enhanced Caution and Warning System development effort within the Space Shuttle Cockpit Avionics Upgrade Project. Previously, he was the Crew Support Astronaut for ISS Expedition 4, providing ground support on technical issues in addition to supporting the crew families.

Anderson also served as an ISS Capsule Communicator (CAPCOM) and as the Astronaut Office crew representative for the Station's electrical power system. In November of 2002, Anderson completed training in the Extravehicular Activity Skills programme. He also served as back-up Flight Engineer for Expeditions 12, 13 and 14 to the Station.