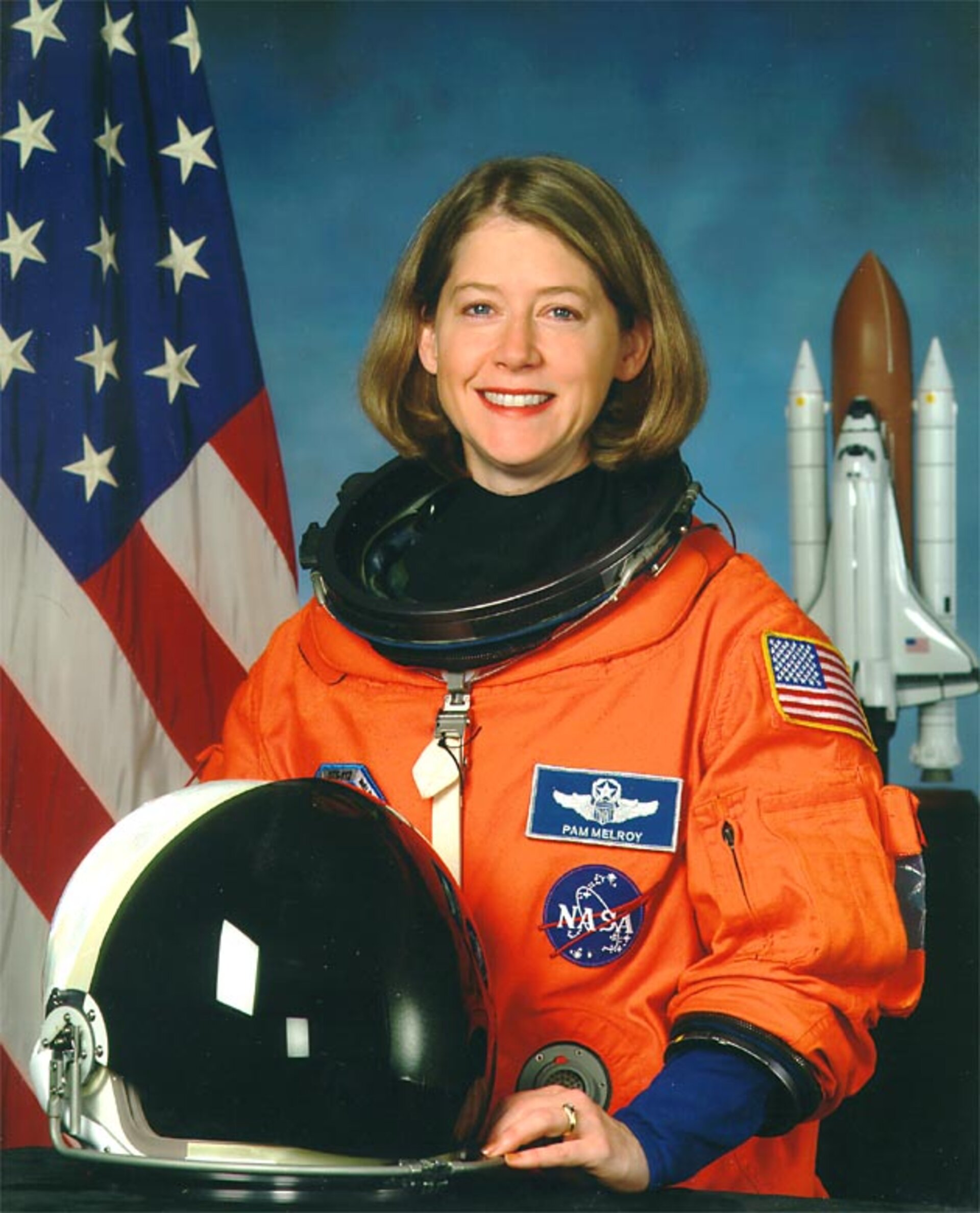 Melroy was commissioned through the US Air Force ROTC programme in 1983. After completing a master's degree, she attended Undergraduate Pilot Training at Reese Air Force Base in Lubbock, Texas and graduated in 1985. She flew the KC-10 for six years as a co-pilot, aircraft commander and instructor pilot.

In June 1991, she attended the Air Force Test Pilot School at Edwards Air Force Base, California, USA. Upon her graduation, she was assigned to the C-17 Combined Test Force, where she served as a test pilot until her selection for the NASA astronaut programme. She has logged over 5 000 hours flight time in over 45 different aircraft. Melroy retired from the Air Force in February 2007.

Selected as an astronaut candidate by NASA in December 1994, Melroy reported to the Johnson Space Center in March 1995. She completed a year of training and evaluation and is qualified for flight assignment as a shuttle pilot. Initially assigned to astronaut support duties for launch and landing, she has also worked Advanced Projects for the Astronaut Office.

Melroy served on the Columbia Reconstruction Team as the lead for the crew module. She served as deputy project manager for a crew survival investigation team and also performed CAPCOM duties in mission control.

Melroy served as pilot on two flights (STS-92 in 2000 and STS-112 in 2002), and has logged over 562 hours in space. Melroy is assigned to command the STS-120 mission that will deliver the Node 2 connecting module to the International Space Station.

STS-92 (11-24 October 2000): During the 13-day flight, the seven-member crew attached the Z1 Truss and Pressurised Mating Adapter 3 to the International Space Station using Shuttle Discovery’s robotic arm and performed four space walks to configure these elements. This opened the door for future assembly missions and prepared the Station for its first resident crew.

STS-112 (7-18 October 2002): STS-112 was an International Space Station assembly mission during which the crew conducted joint operations with the Expedition 5 crew by delivering and installing the S1 Truss section (the third piece of the Station's 11-piece Integrated Truss Structure). It took three spacewalks to outfit and activate the new component. The crew also transferred cargo between the two vehicles and used the shuttle's thruster jets during two manoeuvres to raise the Station's orbit. STS-112 was the first shuttle mission to use a camera on the External Tank, providing a live view of the launch to flight controllers and TV viewers.