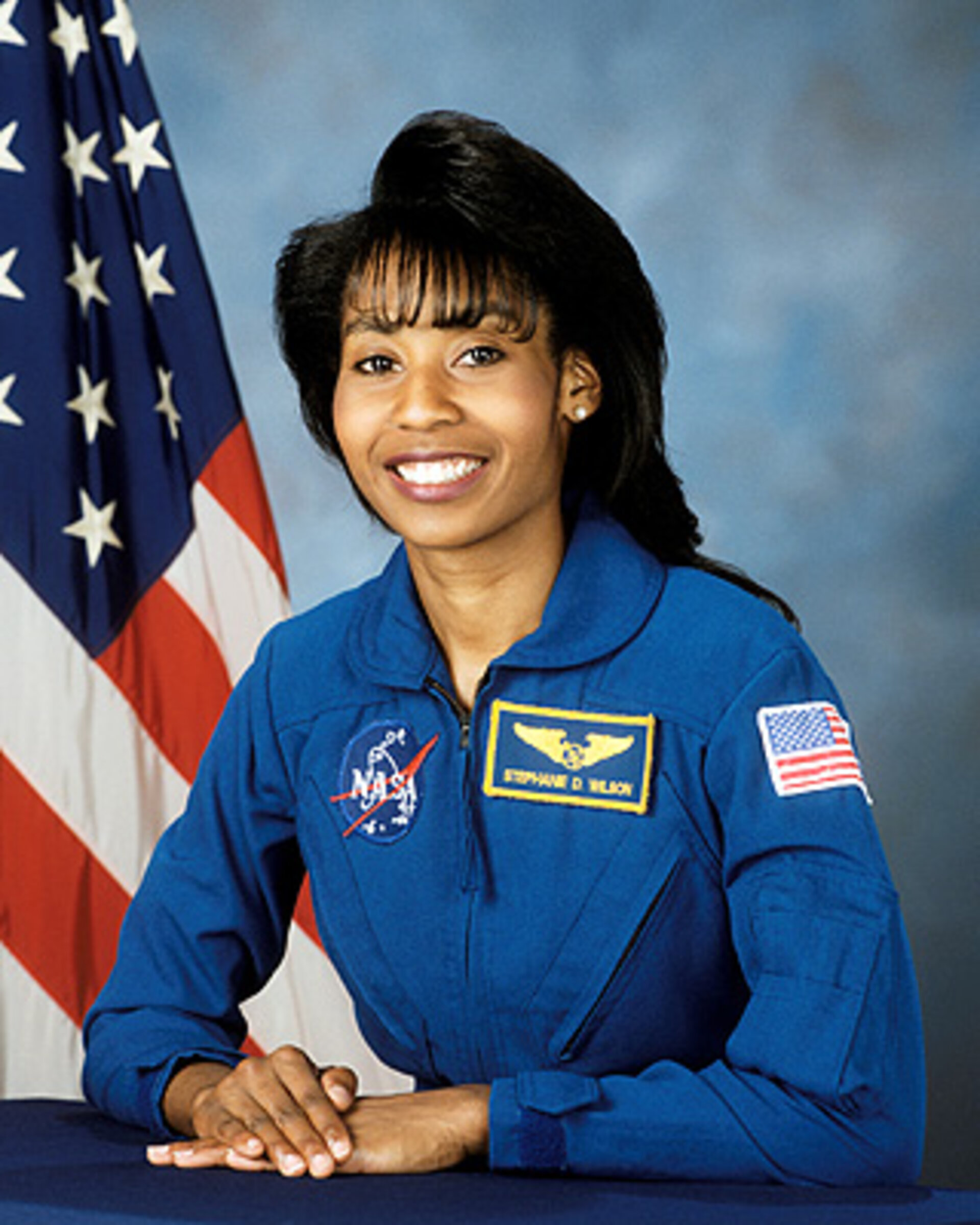 After graduating from Harvard in 1988, Wilson worked for 2 years for the former Martin Marietta Astronautics Group in Denver, Colorado, USA. As a Loads and Dynamics engineer for Titan IV, Wilson was responsible for performing coupled loads analyses for the launch vehicle and payloads during flight events.

During her masters degree her research focused on the control and modelling of large, flexible space structures. Following the completion of her graduate work, she began working for the Jet Propulsion Laboratory in Pasadena, California, USA in 1992. As a member of the Attitude and Articulation Control Subsystem for the Galileo spacecraft, Wilson was responsible for assessing attitude controller performance, science platform pointing accuracy, antenna pointing accuracy and spin rate accuracy. She worked in the areas of sequence development and testing as well. While at the Jet Propulsion Laboratory, Wilson also supported the Interferometery Technology Programme as a member of the Integrated Modelling Team, which was responsible for finite element modelling, controller design, and software development.

Selected by NASA in April 1996, Wilson reported to the Johnson Space Center in Houston, Texas in August 1996. Having completed two years of training and evaluation, she is qualified for flight assignment as a mission specialist. She was initially assigned technical duties in the Astronaut Office Space Station Operations Branch to work with Space Station payload displays and procedures.

She then served in the Astronaut Office CAPCOM Branch, working in Mission Control as a prime communicator with on-orbit crews.

Wilson completed her first space flight on STS-121 in 2006 and has logged almost 13-days in space.

STS-121 (4-17July 2006), was a return-to-flight test mission and assembly flight to the International Space Station. During the 13-day flight the crew of Space Shuttle Discovery tested new equipment and procedures that increase the safety of space shuttles, repaired a rail car on the International Space Station and produced high-resolution images of the Shuttle during and after its launch.

Wilson supported robotic arm operations for vehicle inspection, Multi-Purpose Logistics Module installation and EVAs and was responsible for the transfer of almost 13 tonnes of supplies and equipment to the ISS.

The crew also performed maintenance on the Space Station and delivered ESA astronaut Thomas Reiter as the first European member of a long-term ISS Expedition Crew.