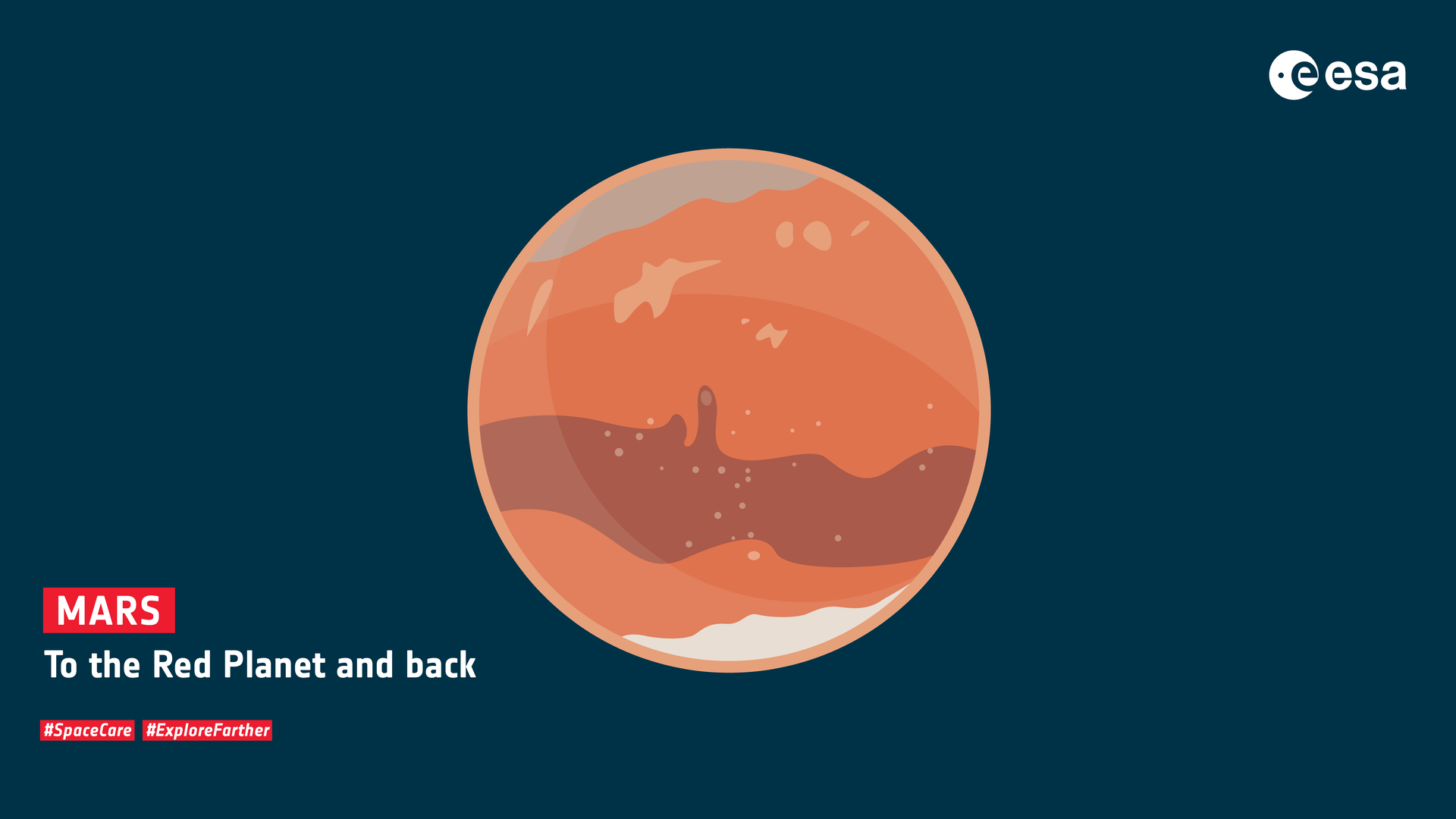 Mars and Earth may be neighbours, but for two planets growing up in the inner Solar System, they certainly evolved very differently into the unique worlds we observe today. Mars is an obvious target for exploration because it is close by in our Solar System, but there are many more reasons to explore the Red Planet. The scientific reasons for going to Mars can be summarised by the search for life, understanding the surface and the planet’s evolution, and preparing for future human exploration.

The search for life is a major element of all present and future Mars missions, including ESA's Mars Express which entered Martian orbit on 25 December 2003.

The ExoMars Trace Gas Orbiter satellite is a recent addition to ESA’s Mars satellites. Orbiting Mars since 2016, it is detecting methane in the atmosphere as another a clue to past life. It will also act as a communication relay for the ExoMars 2022 rover and surface platform in the search for signs of past life.

Missions to Mars have made many exciting discoveries that have transformed our understanding of the planet, but the next step is to bring samples to Earth for detailed analysis in sophisticated laboratories. Studying Mars samples on Earth will allow scientists to share resources and send samples to the best laboratories around the world for analysis – laboratories so complicated and heavy they would be impossible to take to Mars.

Download this media kit to learn more about Mars and our journey to the Red Planet.

Explore Mars through the series of infographics, which can also be downloaded separately from the image gallery.

Roll over the graphic elements to discover hyperlinks to more information on related webpages. Links to recommended images, videos and animations are provided towards the end of this media kit.