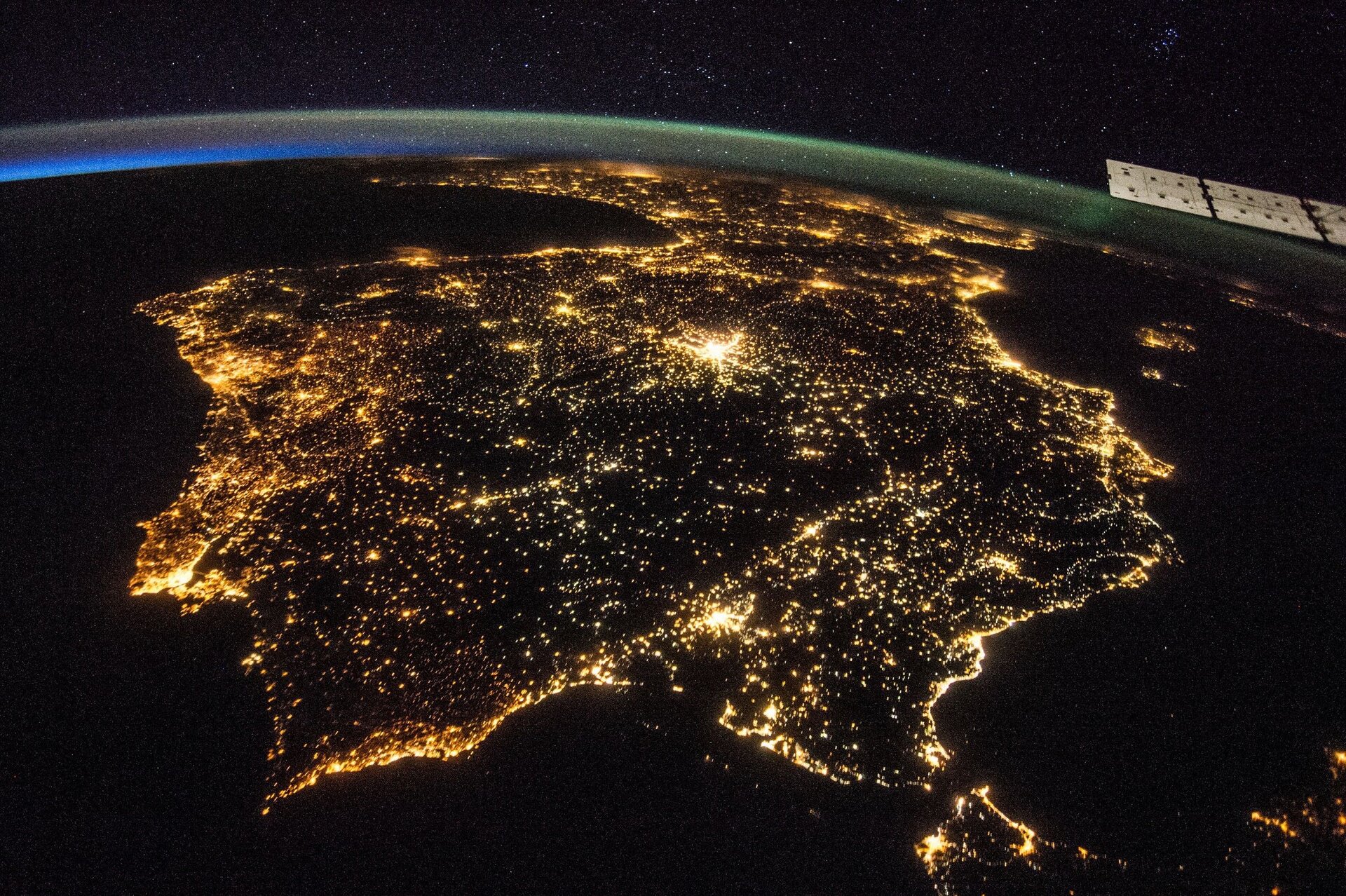 For an astronaut looking out of the International Space Station windows, city lights are brighter than the stars. To tackle light pollution citizen scientists are urged to help map out the problem on their smartphones by identifying images of cities taken from space.

Astronaut pictures are the highest-resolution, colour images of night available from orbit. “The International Space Station is the best observation point humankind has for monitoring Earth at night,” says Kevin Gaston, project leader of the Lost at Night project that raises awareness of light pollution.

There are half a million high-resolution pictures of Earth at night in NASA’s Astronaut Photography of Earth archives. Most images in the archive are uncatalogued and do not have a location assigned to them.

Lost at Night uses the power of citizen science to match images and identify the location of the astronauts’ photographs online.

This helps the study of light pollution and how it affects life on our planet.

Artificial light has a broad range of impacts on the biological clock of both nocturnal and diurnal species. Light changes lead to knock-on effects that can impact whole ecosystems, from plant flowering times to migration disruptions for birds and turtles. Bright nights affect people’s sleep and can negatively impact health.

Human eyes can help shine a light on the huge catalogue.

“While computer algorithms have trouble distinguishing between stars, the Moon and cities, people are more reliable when it comes to recognising patterns and analysing complex images,” says Alejandro Sánchez de Miguel, a research fellow at the UK’s University of Exeter and lead investigator of the project.

Over 30 000 images had their location pinpointed on by volunteers, but more help is wanted to complete the puzzle.

“We don’t know which direction the astronauts pointed the camera from the Station. We only know the time it was taken and the area of Earth they were flying over,” explains Alejandro.

The website invites you to identify cities lit up at night within a range of a 1000 km.

“Forget about playing Candy Crush in idle times. This is a great opportunity to learn about geography, the distribution of human activity and how your home town looks like from space,” adds Alejandro.

There are many scientific projects associated with images taken from the International Space Station.

Astronauts take these pictures in their free time from the Space Station’s Cupola, a seven-window observation module.

“European astronauts are talented photographers, but it is not only about sharing beautiful pictures. Their contribution is key to scientifically demonstrate the true extent and impact of light pollution,” points out Lucía García, project manager of the precursor Cities at Night project.

Users are presented an image from an unknown city and they must try to find the best match by comparing it with several options.

Because humans make mistakes too, this initiative needs inputs from five people per image to bring the margin of error down. From there, artificial intelligence takes over.

The objective is to identify 90 000 images – enough to train artificial intelligence to automatically recognise a collection of pixels and locate images.