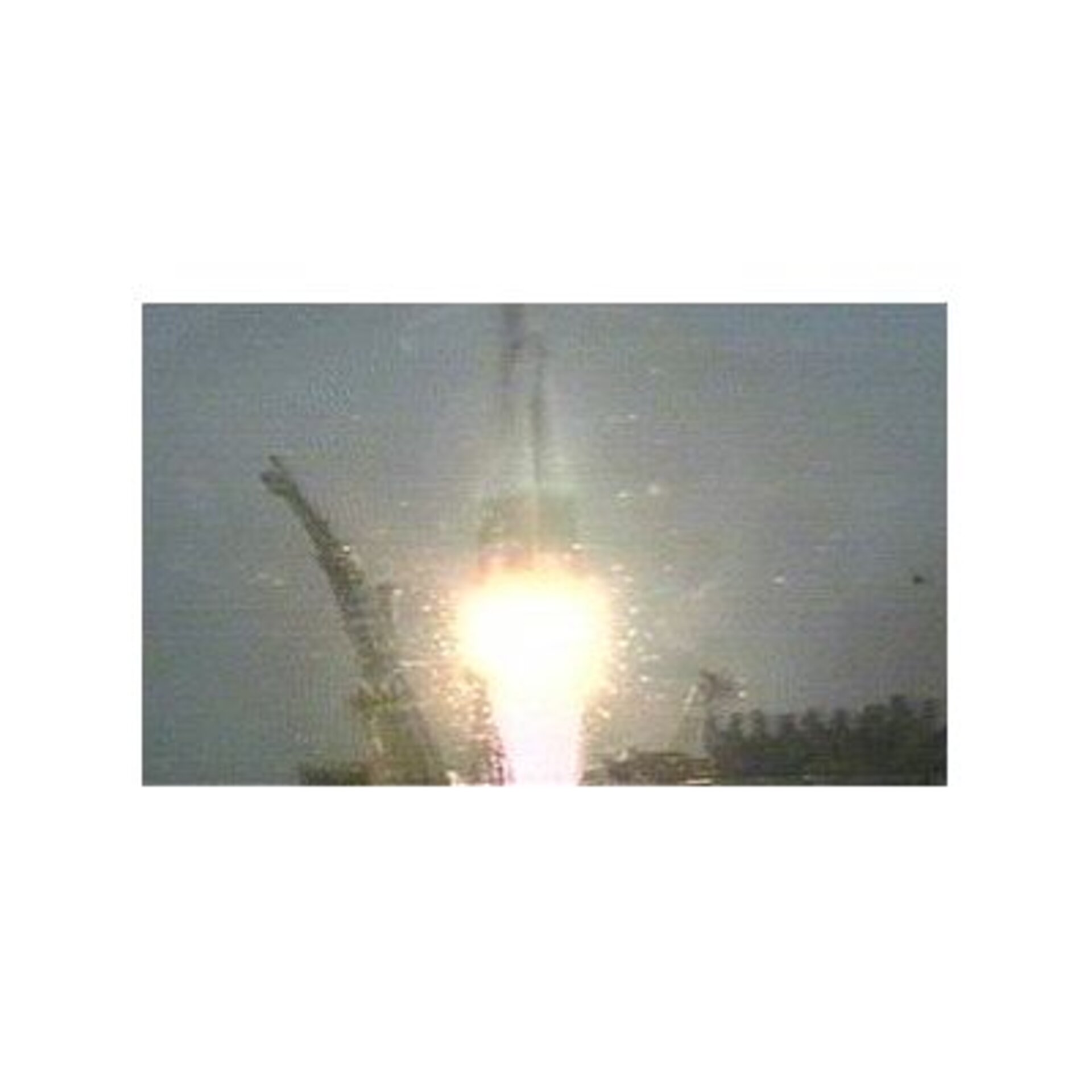 ESA Press Release Nr. 70-2000
Today at 10:53 Moscow time (07:53 GMT), a new chapter opened in the history of Space with the launch of the first permanent crew to the International Space Station from the Baikonur cosmodrome in Kazakhstan.

The Expedition 1 crew, composed of Space Station commander Bill Shepherd (US), Soyuz commander Yuri Gidzenko (Russia) and flight engineer Sergei Krikalev (Russia), will arrive at the Station two days after launch and will stay there for nearly four months, until the replacement astronauts (Expedition 2) take over from them in February next year.

The launch of the Expedition 1 Crew will not only be an historical moment for humankind with the establishment of a permanent human presence on the outpost in orbit, but also for Europe and ESA, since the crew will perform a number of tasks related to the system and experiments provided by ESA.

The crew will, for example, install the Control Post Computers of the ESA-provided Data Management System for the Russian service module Zvezda, which is the "brain" of the module, and thereby of the whole early Space Station.

The astronauts will also unload from a Progress re-supply vehicle, slated for launch on 1 February 2001, the electronics unit for the European Global Time System (GTS) experiment and mount it inside Zvezda. The first crew is scheduled to start the GTS which allows the synchronization of radio-controlled clocks and watches from space and, in the longer term, to disable for instance stolen cars and credit cards.

The Expedition 1 crew will also witness the arrival of the first Italian-built Multi-Purpose Logistics Module "Leonardo" with a Space Shuttle in February next year. Furthermore, one of the crew members, Yuri Gidzenko, served as Mir commander during the 179-day Euromir-95 mission and was a fellow crew member of ESA astronaut Thomas Reiter.

The first European will visit the Space Station as of next year. ESA astronaut Umberto Guidoni (Italy)will be on board Space Shuttle mission STS-102 currently scheduled for April 2001.