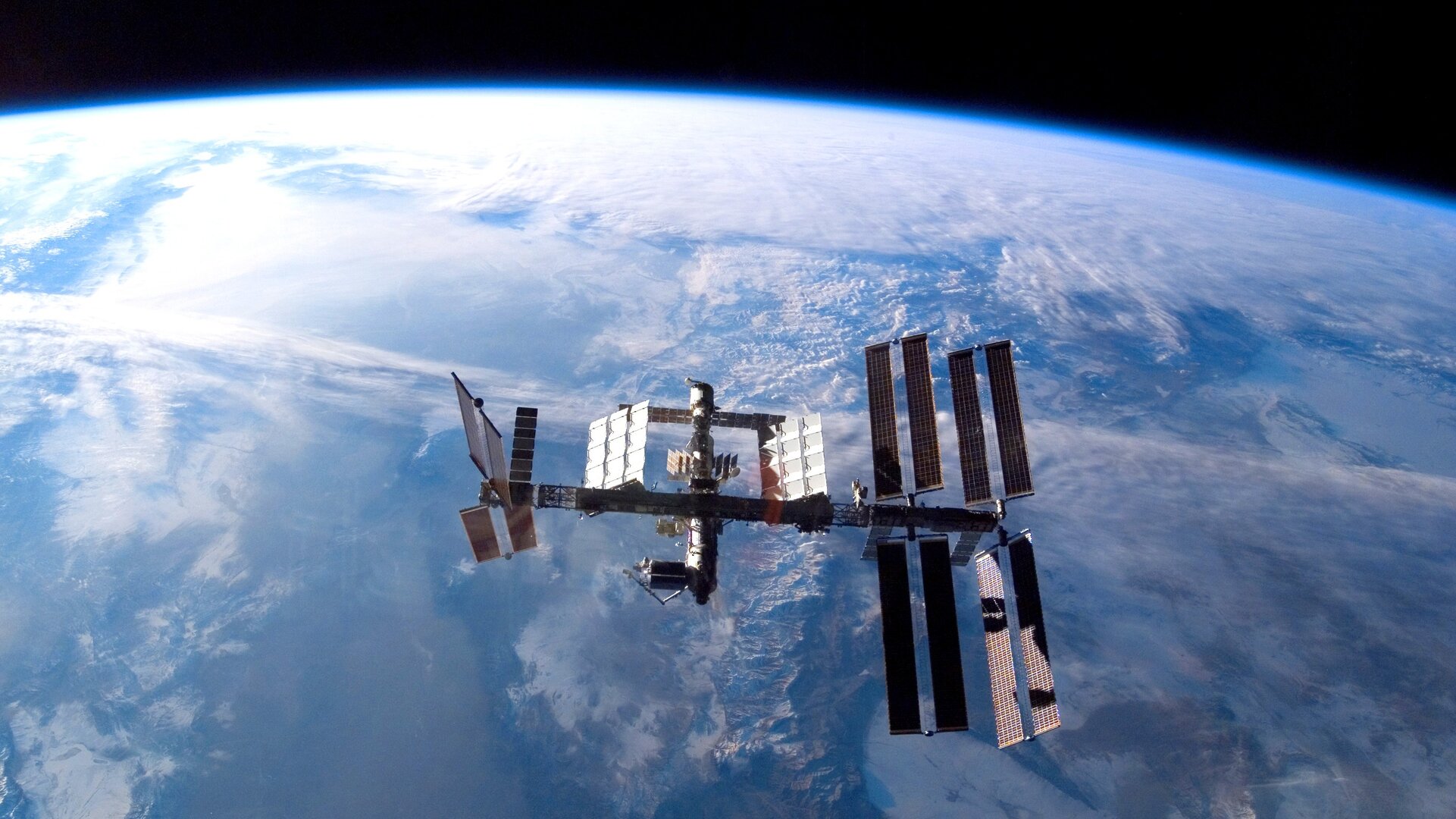 The International Space Station is a co-operative programme between Europe, the United States, Russia, Canada, and Japan for the joint development, operation and utilisation of a permanently inhabited Space Station in low Earth orbit. The legal framework defines the rights and obligations of each of the countries and their jurisdiction and control with respect to their Space Station elements.

* The Intergovernmental Agreement, establishing the International Space Station cooperative framework, has been signed by fourteen governments: the United States of America, Canada, Japan, the Russian Federation, and 10 Member States of the European Space Agency (Belgium, Denmark, France, Germany, Italy, The Netherlands, Norway, Spain, Sweden and Switzerland; the UK joined in 2012, with Hungary and Luxembourg committing to the Space Station programme in 2019 as well as ESA cooperating state Slovenia).

Who owns the International Space Station?

The Intergovernmental Agreement allows the Space Station Partners States to extend their national jurisdiction in outer space, so the elements they provide (e.g. laboratories) are assimilated to the territories of the Partners States.

The basic rule is that 'each partner shall retain jurisdiction and control over the elements it registers and over personnel in or on the Space Station who are its nationals' (Article 5 of the Intergovernmental Agreement).

This extension of national jurisdiction determines what laws are applicable for activities occurring on a Partner’s Space Station elements (e.g. European law in the European Columbus Laboratory). This legal regime recognises the jurisdiction of the Partner States’s courts and allows the application of national laws in such areas as criminal matters, liability issues, and protection of intellectual property rights. Any conflicts of jurisdiction between the Partners may be resolved through the application of other rules and procedures already developed nationally and internationally.

What is the European share of Space Station’s Utilisation rights?

The rule concerning utilisation of the Space Station provides that each Partner - Europe, United States, Russia, Japan and Canada - may utilise equipment and facilities in or on each other Partner’s elements in accordance with their respective ‘utilisation rights’. Those rights are defined in the Intergovernmental Agreement (Article 9) and the different Memoranda of Understanding, and state that:

One important point is that ESA and the other Space Station International Partners can barter or sell their unused utilisation rights among themselves and to other non-participants to the Station’s programme.

The common philosophy of this approach is that goods and services are exchanged by space agencies without exchange of funds. The bartering system has enabled a significant reduction of technical and financial risks and has supported the process of standardisation and commonality in the Space Station Programme. The terms and conditions of any barter or sale are determined on a case by case basis by the parties to the transaction, and have to comply with the overall Space Station legal framework.

The European Space Agency allocation rights comprise 8.3% of the Space Station utilisation resources (e.g. communications) and 8.3% of crew time, which represent approximately 13 hours per week. Concerning the user accommodations (e.g. laboratories), ESA has concluded a bartering agreement with NASA, to use 51% of the European Columbus Laboratory in exchange for shuttle transportation services.

Who is liable in case something goes wrong?

The International Space Station legal framework recognises fundamental liability rules concerning space activities, set forth in international space law treaties, such as the Liability Convention (1972), and it goes even further.

The Intergovernmental Agreement establish a 'cross-waiver of liability' which prohibits any of the five Partners or their related entities (contractor, sub-contractor, user, customer) to claim against another Partner (or its related entities) for damage sustained as a result of International Space Station activities (Article 16 of the Intergovernmental Agreement). Each Partner is required to implement this obligation in the contracts with its own contractors and sub-contractors.

Some exceptions to the Space Station cross-waiver of liability exist. For instance, claims arising between a Partner and its own related entities, for example between the European Space Agency and one of its users, will be covered by contracts or sub-contracts that will not implicate the other international Partners.

Other exceptions to the cross-waiver of liability include claims for damages caused by wilful misconduct, claims made by a person for bodily injury or death, and intellectual property claims.

In practice, Space Station users will be asked to agree to an interparty waiver of liability as part of their contract with the European Space Agency, stating that each party will not bring claims in arbitration or sue the other party as a result of International Space Station activities. The applicable law for disputes and the detailed procedures in case of arbitration will be decided mutually by the Space Station users and European Space Agency. The contract will specify the country where the Arbitration Tribunal shall sit, normally in the country where the user has his legal seat.

The main objective of the Space Station Partners concerning property rights is to avoid the infringement of rights owned by another Partner and their entities (e.g. contractors, subcontractors, users).

Therefore, each space agency and its affiliates - any industry or academic institution under contract - have the obligation to mark their technical data or goods with a notice that indicates any specific conditions regarding how those data or goods may be used by other agencies, their contractors and subcontractors.

The marking rules protect also third-party intellectual property rights. Any third party proprietary data, which may be required in order for the Partners to carry out their responsibilities, or which may be derived from an experiment, will also be properly marked and protected. The specific procedures to protect the Partners’ and their customers’ data and goods are still in the process of being developed by the Space Station Multilateral Co-ordination Board, which comprises representatives of each Partner.

If anyhow an infringement of intellectual property were the cause of a claim for damages, legal proceedings would have to be taken against the infringing party. Those claims would be made according to the parties’ respective national legal regimes for intellectual property. Because of the particular situation of the European Partner and to prevent simultaneous claims in multiple European countries, some specific provisions are provided in the Intergovernmental Agreement (Article 21).

Who owns the intellectual property derived from Space Station utilisation?

As a rule, the industrial and academic users who will have access to the Space Station through the European Space Agency will have their rights and obligations determined by the contractual framework they will have agreed on with the Agency.

In the event an invention occurs on the Space Station, the country of inventorship will be determined by the ownership and registry of the Station’s element in which the invention has taken place (Article 21 of the Intergovernmental Agreement). For example, an invention made on a Japanese Element (e.g. Kibo Laboratory) will be deemed to have occurred in Japan.