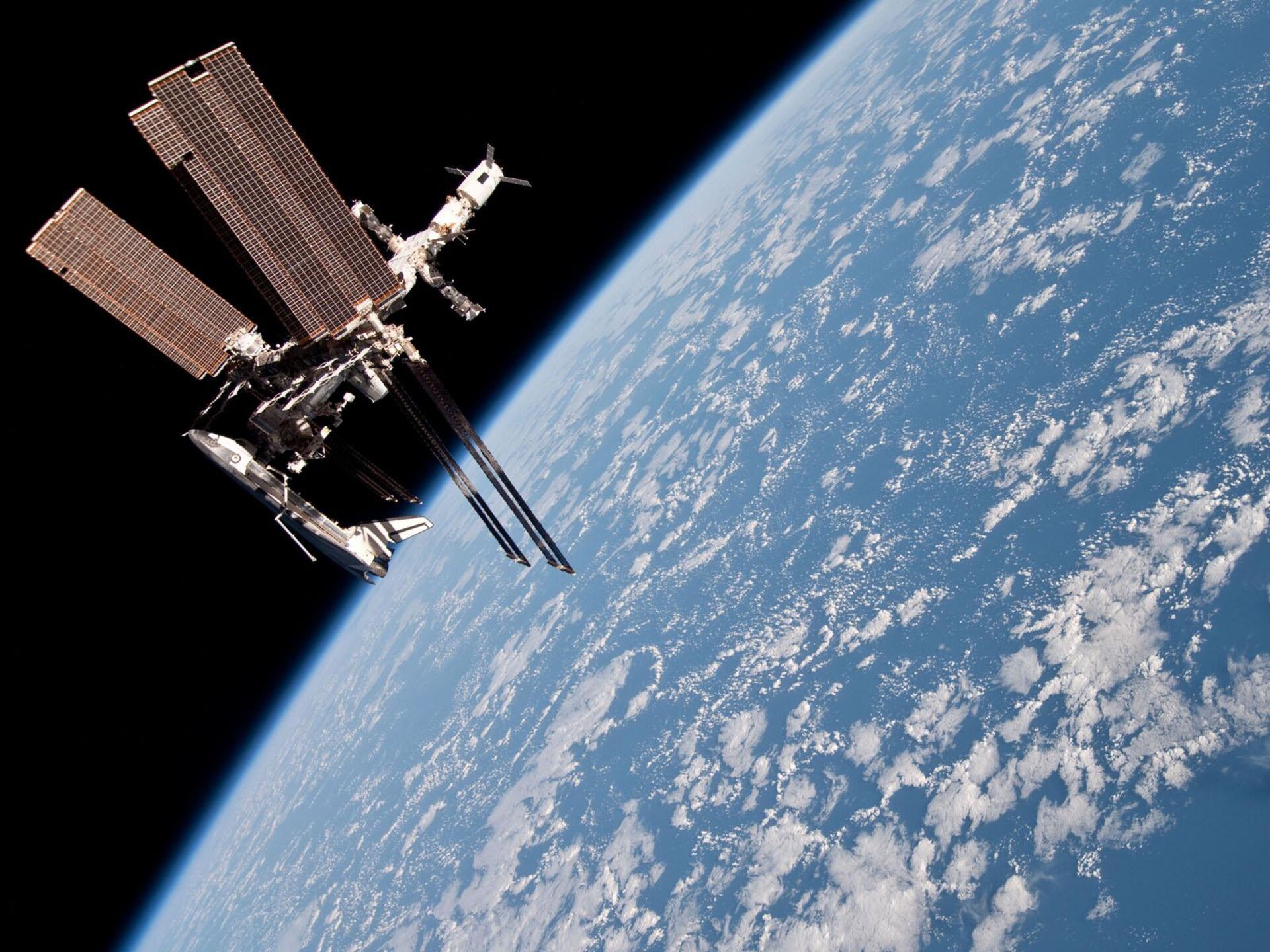 The heads of the International Space Station (ISS) agencies from Canada, Europe, Japan, Russia and the United States met in Quebec City, Canada, on March 1, 2012, to review the scientific, technological, and social benefits being produced through their collaboration, and to discuss plans for further broadening these benefits by continuing to advance the human exploration of space.

In reviewing the history of ISS development and the recent transition to a productive research and applications phase, three major areas of success were discussed: the historic engineering achievements, the unprecedented international partnership, and the ongoing progress being made through science. The heads noted that human exploration of space continues to yield valuable benefits to society and is strengthening partnerships among space-faring nations.

The heads also recognized the new opportunities for discovery made possible by maximizing the research capabilities of the ISS, as well as the growth in commercial endeavors and positive educational impact brought about by this permanent human presence in space. Biology, biotechnology, and human physiology research are producing new insights into human health on Earth with the development of promising applications supporting future medical therapies. Also a wide range of fluids and materials research yields a promising way for better and smarter materials and production processes on Earth. Observations captured from the ISS in the fields of x-ray astronomy, high-energy particle physics, and Earth remote sensing hint at discoveries to come as the ISS is increasingly used as a platform for the installation and operation of a wide variety of instruments supporting Earth and Space Sciences. Technology demonstrations in environmental control, robotic servicing, and advanced telecommunications and teleoperations are making it possible to eventually further extend human presence in space and continue to broaden improvements to the quality of life on Earth.

Recognizing the inspirational nature of the ISS as a human-tended outpost in space, the agency leaders applauded its strong role in motivating young people around the world to learn about science, technology, engineering and mathematics. More than 40 million students have participated in human spaceflight to date through communications downlinks and interactive experiments with station crew members.

The ISS partnership began considering long-range opportunities to further advance human space exploration, so benefits from the ISS program will continue to grow through future exploration missions. In the near term, the heads of agencies committed to increase use of the ISS as a test bed in space for the demonstration of critical technologies and the mitigation of human health risks for exploration as a joint effort. For the long-term, they discussed opportunities to use the ISS as a foundation for the development of future exploration capabilities. The ISS partnership has created a global research facility in space that is unprecedented in capability and unique in human history. The heads of agency re-confirmed the importance of using the facility to benefit society last week and provide a technological basis for continued human exploration of space in the future.

Research conducted on the ISS, combined with decades of experience working in space, is helping to find new vaccines, new materials and new ways of looking at our home planet that will directly improve the lives of millions throughout the world.

Looking forward, the Heads of Agency will continue to discuss how to enable future exploration beyond low-Earth orbit through enhanced Station research and technology development and to build on the strength of the international Station partnership.

The Heads of Agency recognised that the partnership has created a global research facility in space that is unprecedented in capability and unique throughout the history of humankind.

The Heads of Agency are committed to using that facility to benefit humankind today and provide a basis for bolder human exploration in the future.