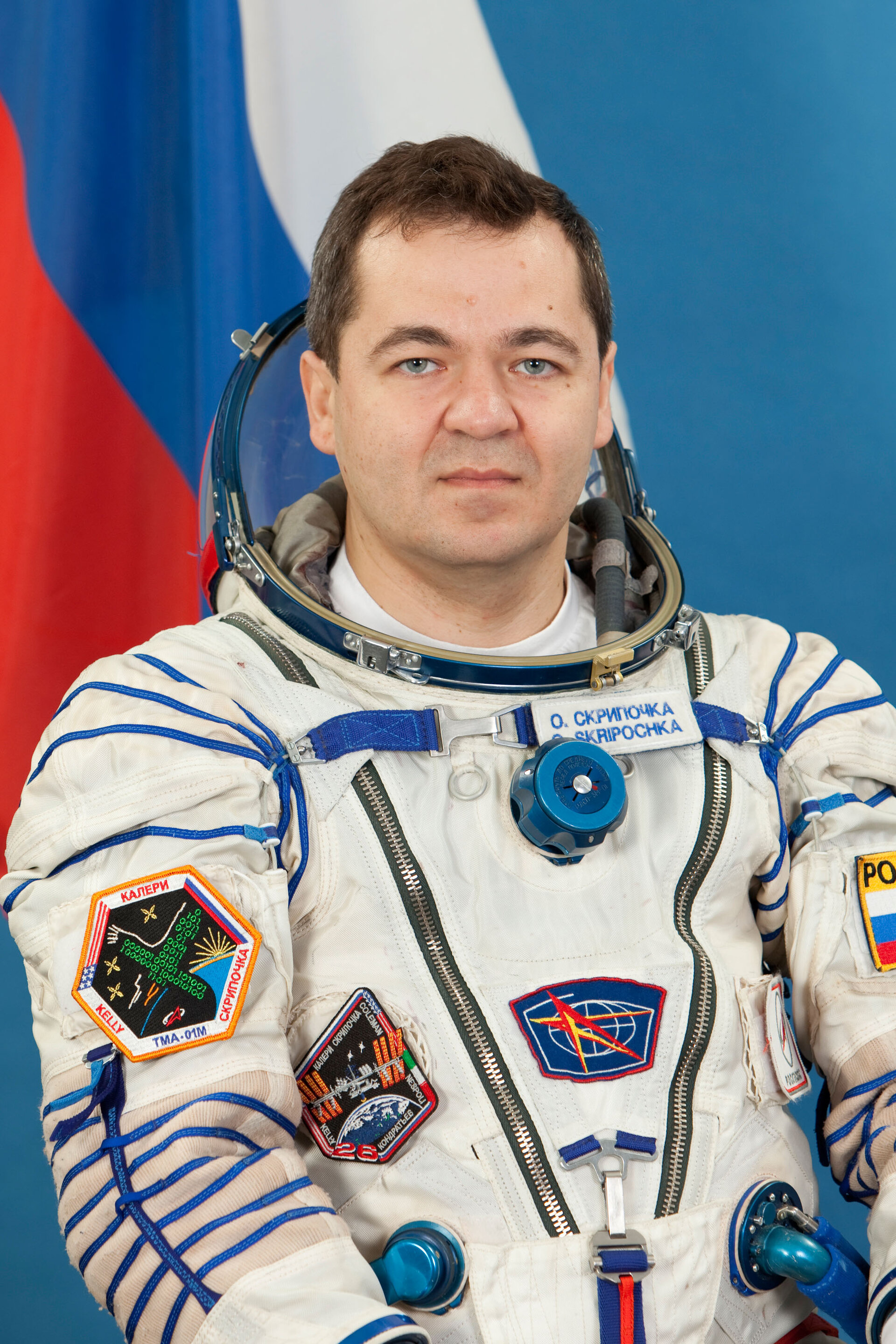 Aged 41, Oleg Skripochka was the youngest crewmember in the Station during Expedition 26. Born in south-western Russia, he was a member of the Young Cosmonauts group during high school.

For more than a decade Skripochka worked at the Russian Space Corporation Energia as a test subject, test mechanic and as a mechanic in the project department.

After graduating from the Bauman State Technical University with a bachelor's degree in mechanical engineering he worked at Energia in the transport and cargo vehicles ground hardware development and testing project department.

Oleg is a skydiver first class, with 300 parachute jumps. In November, 1999 he qualified as a test cosmonaut. Since then he trained in the test-cosmonaut group for the International Space Station programme. This was his first spaceflight.