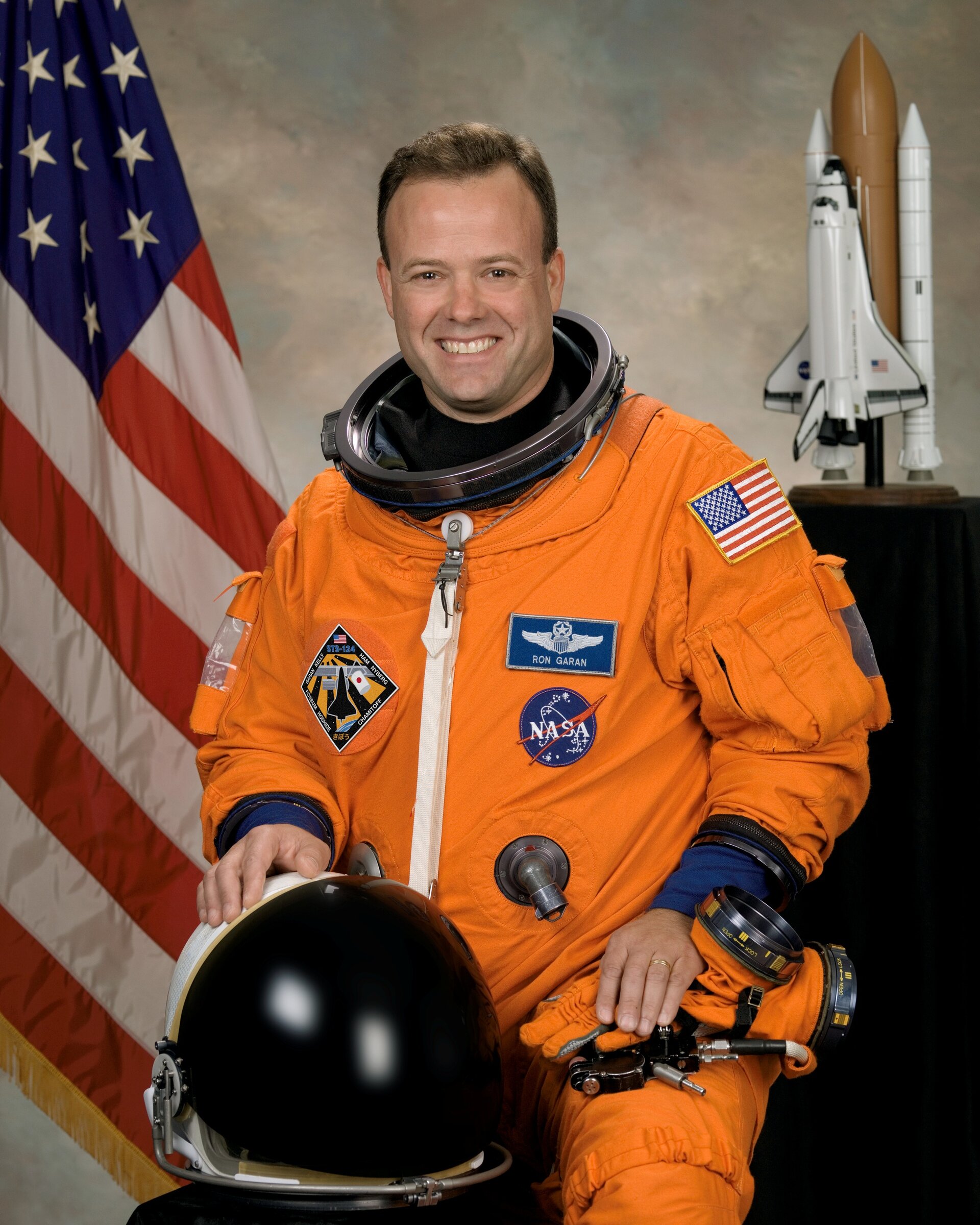 During Space Shuttle mission STS-124 in 2008, Ronald Garan accumulated 20 hours and 32 minutes of EVA in three spacewalks required to maintain the station and to prime the new Japanese module's robotic arm for work during nine days docked at the orbiting laboratory.

Born in New York Ronald Garan has a Honorary Doctor of Science Degree from the State University of New York and a wide experience as a military pilot. He has logged over 5000 hours in more than 30 different aircraft. Garan retired from the Air Force last year and has been awarded the NASA Superior Accomplishment Award and the NASA Exceptional Achievement Medal.

Selected as a pilot by NASA, Colonel Garan reported for training in 2000. Following the completion of two years of training and evaluation, Ron completed his first spaceflight on STS-124 as Flight Engineer for ascent and entry, and has logged over 13 days in space.