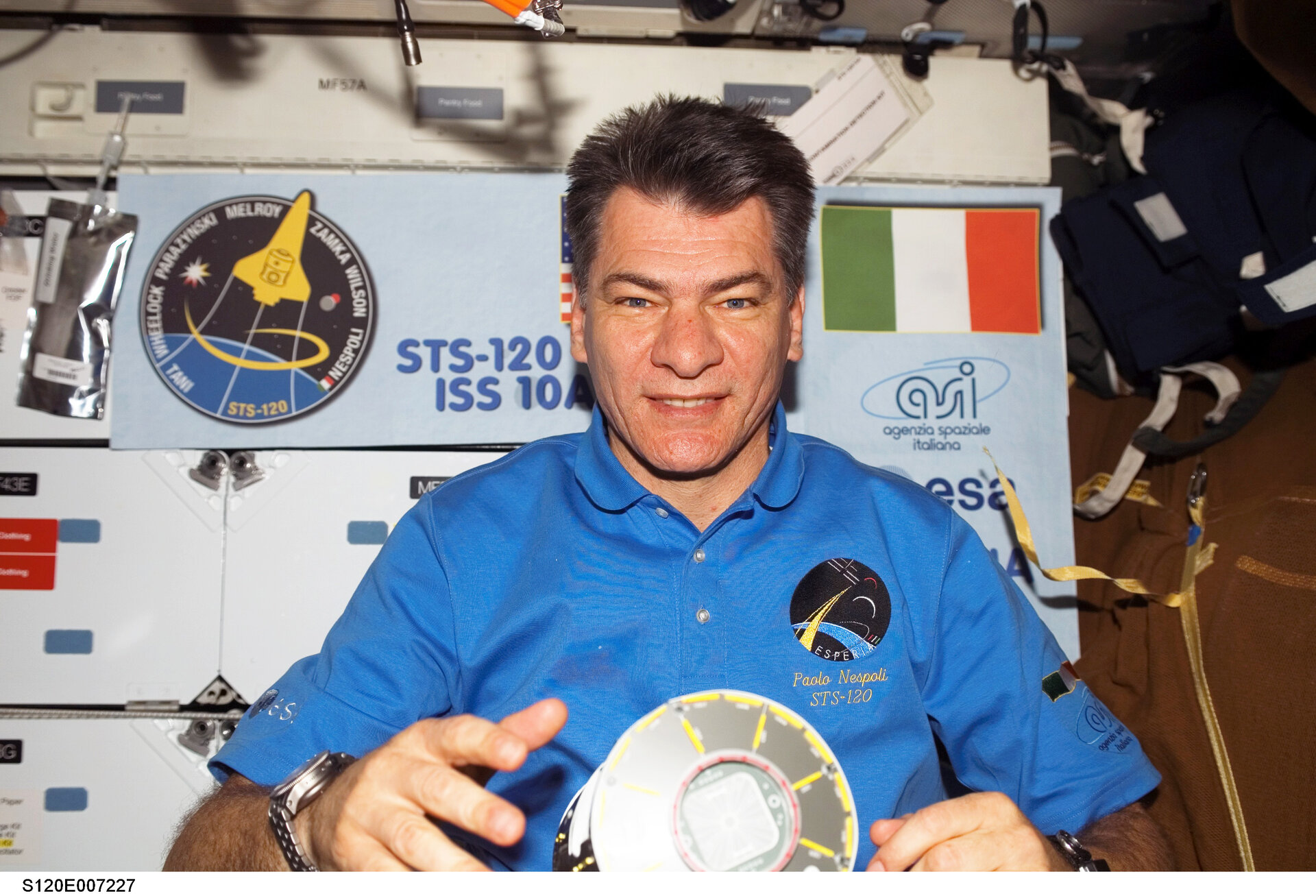 During his six-month stay in space, Paolo Nespoli carried out more than 30 experiments.

As part of the European scientific programme, he worked on five different research fields.

Paolo was a test subject for various human physiology experiments covering neuroscience, cardiovascular, metabolism and fitness evaluation. He underwent experiments designed to test how astronauts interpret visual information in weightlessness and how it affects their perception. Measuring different parameters, ground-based European scientists study space data about how weightlessness changes the cardiovascular system, bone metabolism and even brain functions such as memorisation or decision-making during prolonged stays in weightlessness.

In physical sciences, experiments include the diffusion phenomena in model fluid mixtures in order to understand the properties of oil fields, and possibly improve oil recovery techniques in petroleum reservoirs.

A second experiment aims at simulating geophysical fluid flows under microgravity. This study will give scientists clues about Earth’s magma convection, and an improved understanding of the global-scale flows in the liquid nuclei of planets.

Interactions between ionising radiation in space and brain functions are among the major concerns when planning long stays in space. The light flashes observed in space – first reported by Buzz Aldrin in 1969 – are an example. A multi-disciplinary research project aims to obtain a better understanding of the phenomenon.

Paolo measured the nature and distribution of the radiation field inside the International Space Station, and the Sun’s irradiation is studied with unprecedented accuracy from the European Columbus laboratory.

The European astronaut also acted as the main operator in complex biological experiments. These experiments addressed specific paradigms, such as the immune response in plants during growth in microgravity.

The Vessel Identification System tests the means to track global maritime traffic from space by picking up signals from large international ships and all types of passenger carriers. Paolo helped assemble a new mechanism to demonstrate the space-based capability to identify maritime vessels.

Experiments with other agencies

Paolo also carried out experiments for the American, Japanese and Canadian space agencies (NASA, JAXA and CSA). Samples of his hair were collected to study the gene expression in a human body exposed to a long spaceflight, and state-of the-art technology monitored his sleep patterns to help treat insomnia on Earth.

Flames show an odd behaviour in space: they form tiny and almost invisible balls. Flame behaviour and combustion experiments were among his tasks, as well as the study of a very resilient and lightweight material being stretched to very thin fibres in microgravity.