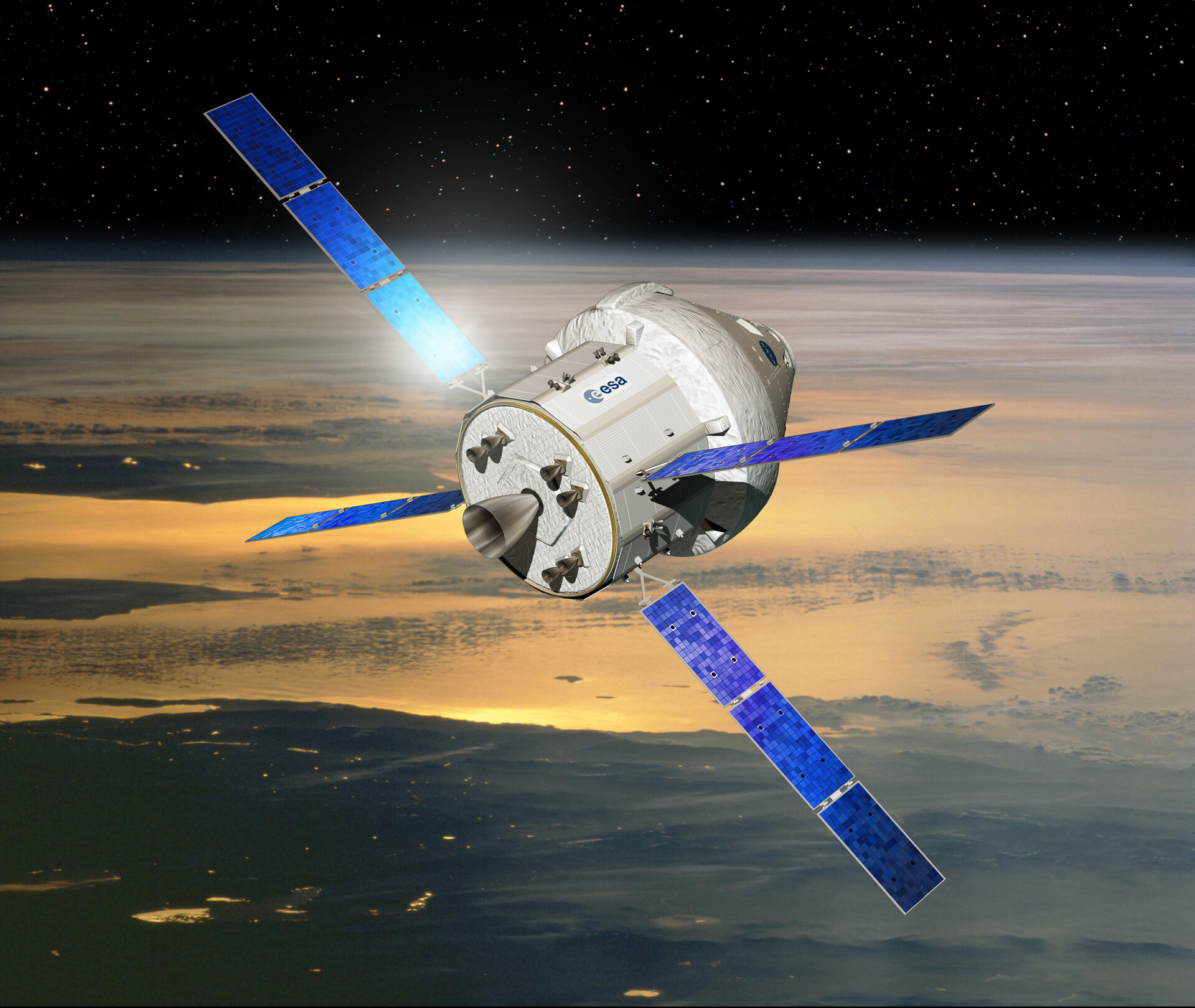 ESA agreed with NASA today to contribute a driving force to the Orion spacecraft planned for launch in 2017. Ultimately, Orion will carry astronauts further into space than ever before using a module based on Europe’s Automated Transfer Vehicle technology.

Automated Transfer Vehicles (ATVs) have been resupplying the International Space Station since 2008. The fourth in the series, ATV Albert Einstein, is being readied for launch this year from Kourou, French Guiana.

The ATV-derived service module, sitting directly below Orion’s crew capsule, will provide propulsion, power, thermal control, as well as supplying water and gas to the astronauts in the habitable module.

This collaboration between ESA and NASA continues the spirit of international cooperation that forms the foundation of the International Space Station.

ATV is a versatile showcase of European technology performing many functions during a mission to the International Space Station. The space freighter reboosts the Station and can even push the orbital complex out of the way of space debris. While docked, ATV becomes an extra module for the astronauts. Lastly, at the end of its mission it leaves the Space Station with waste materials.

“ATV has proven itself on three flawless missions to the Space Station and this agreement is further confirmation that Europe is building advanced, dependable spacecraft,” said Nico Dettmann, Head of ATV’s production programme.

Thomas Reiter, ESA director of Human Spaceflight and Operations says: “NASA’s decision to cooperate with ESA on their exploration programme with ESA delivering a critical element for the mission is a strong sign of trust and confidence in ESA’s capabilities, for ESA it is an important contribution to human exploration.”

Dan Dumbacher, deputy associate administrator for exploration systems development at NASA headquarters in Washington DC, agrees: “It is a testament to the engineering progress made to date that we are ready to begin integrating designs of an ESA-built service module with Orion.”

The first Orion mission will be an uncrewed lunar flyby in 2017, returning to Earth’s atmosphere at 11 km/s ­– the fastest reentry ever.

Watch a replay of the press briefing below.