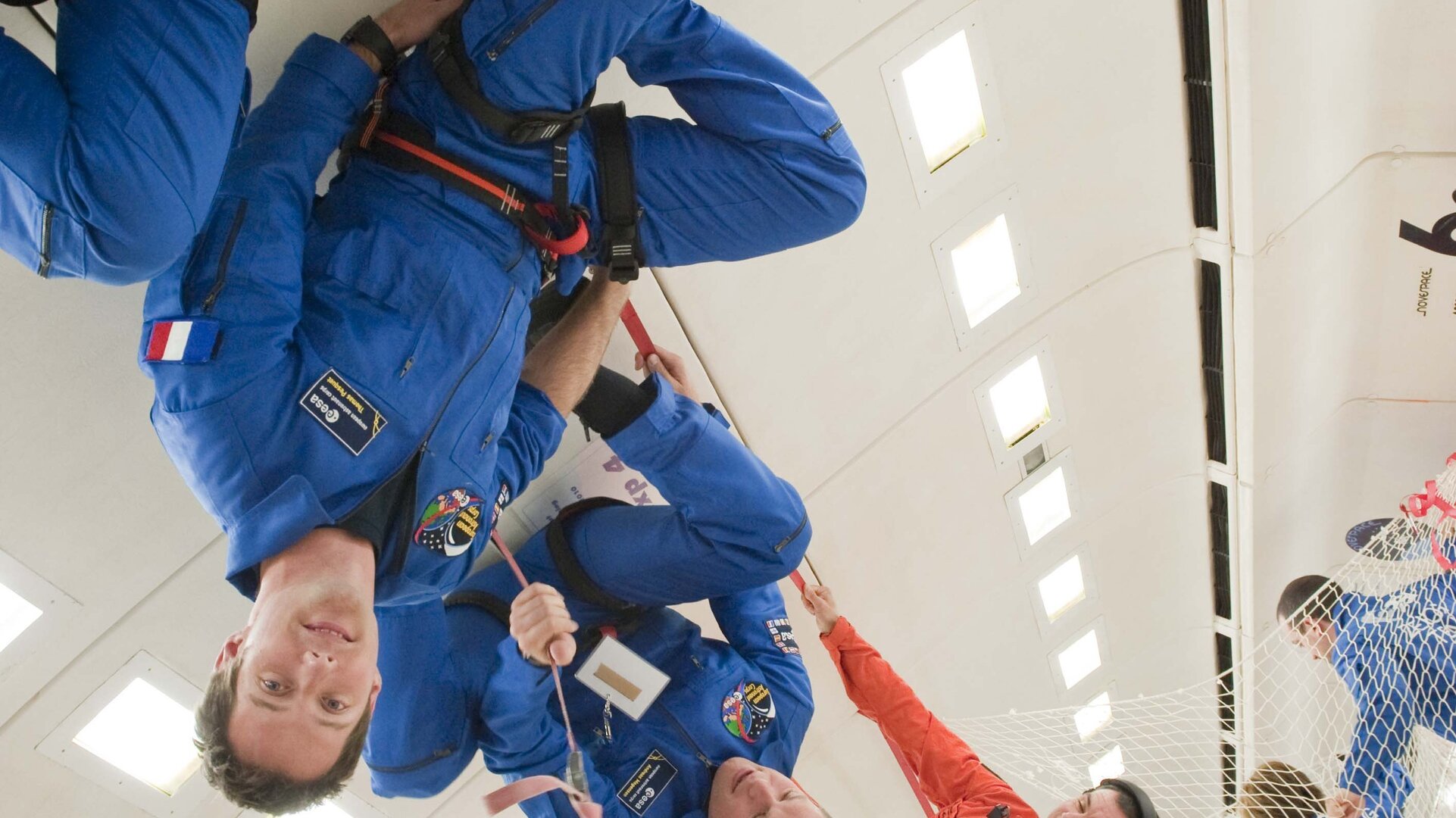 This article was correct at time of publication but is no longer updated.

Thomas Pesquet was looking forward to his first spaceflight with the Proxima mission. Born in Rouen, France, 27 February 1978 he is the youngest of ESA’s astronauts. Growing up with two teachers as parents, Thomas gained an early love for learning that continued throughout his academic and working career.

After getting a degree in spacecraft design and control Thomas started his career as a satellite and spacecraft engineer working for Thales Alenia Space and France’s space agency CNES. Stepping closer to the stars Thomas was selected for Air France’s flight training programme and became a commercial pilot for the airline.

In 2009 he was selected as an ESA astronaut. He co-piloted the Soyuz MS-03 spacecraft to the International Space Station during his first spaceflight, sitting to the left of commander Oleg Novitsky. Thomas is the second airline pilot to go to space and he sees many parallels between spaceflight and aircraft: both require detailed technical knowledge, teamwork as well as good communication and analytical skills with little room for errors.

Thomas’s love for studying and learning new things comes in handy as he spent hours since 2009 mastering the Russian language, training for spacewalks and flying simulations.

As the tenth French astronaut to head into space, Thomas felt the tradition and pressure on his shoulders, jokingly remarking, “I hope I don’t mess up.” After completing basic astronaut training Thomas worked as a Eurocom talking astronauts in space through experiments and maintenance work.

I wish everybody could fly to space!

Thomas was keen to share his enthusiasm for all aspects of his spaceflight adventure with the rest of the world. Children in particular got his full attention. “Children have the best questions ever, you learn a lot from talking to kids and I wish I could have talked to an astronaut when I was young.”

Thomas was very happy to be working closely with cosmonaut Oleg Novitsky and NASA astronaut Peggy Whitson in the Soyuz spacecraft: “They are great people and very easy to work with, if I could have chosen my crewmates I would have chosen them.”