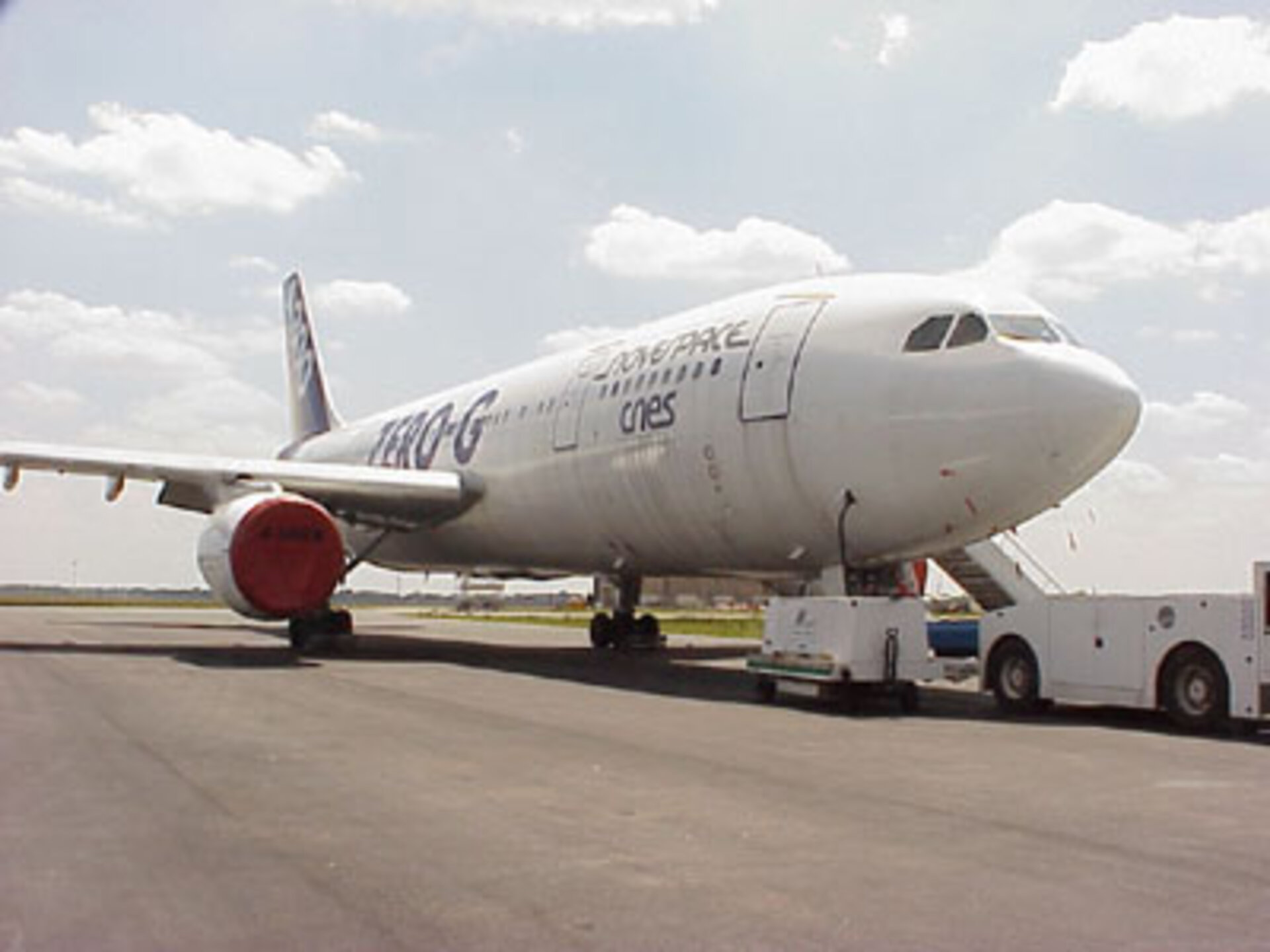 ESA-PR No.73-2000
Experiments in weightlessness will be flown on 21-23 November on the special "Zero-g" Airbus A300 during the 29th ESA parabolic flight campaign, conducted from Bordeaux-Mérignac airport. Three flights of 30 parabolas each are planned for the mornings of 21, 22 and 23 November. Organized by ESA, this campaign includes 11 experiments: four in physical sciences, four in life sciences, two experiments proposed by students and one serving educational purposes for the general public.

Parabolic flights are practically the only means on Earth of reproducing weightlessness with human operators on board. During a parabolic flight, the "Zero-g" Airbus pilot - flying at an altitude of approximately 6000 metres, usually in a specially reserved air-corridor above the Gulf of Gascogne - first performs a nose-up manoeuvre to put the aircraft into a steep climb (7600m). This generates an acceleration of 1.8 g (1.8 times the acceleration of gravity on the ground) for about 20 seconds. Then the pilot reduces engine thrust to almost zero, injecting the aircraft into a parabola. The plane continues to climb until it reaches the apex of the parabola (8500m), then starts descending. This condition lasts for about 20 seconds, during which time the passengers in the cabin float in the weightlessness resulting from the free fall of the aircraft. When the angle below the horizontal reaches 45°, the pilot accelerates again and pulls up the aircraft to return to steady horizontal flight. These manoeuvres are repeated 30 times per flight.With Europe and its international partners now building the International Space Station, where research will be carried out for the next 15 years, parabolic flights are crucial to the preparation of experiments, equipment and astronauts, and allow scientists to have their experiments tested before they are actually flown on a space mission.

ESA's next parabolic flight campaign, the 30th, is scheduled for May 2001 and will have a mixed complement of experiments in life and physical sciences, again with student-proposed experiments.