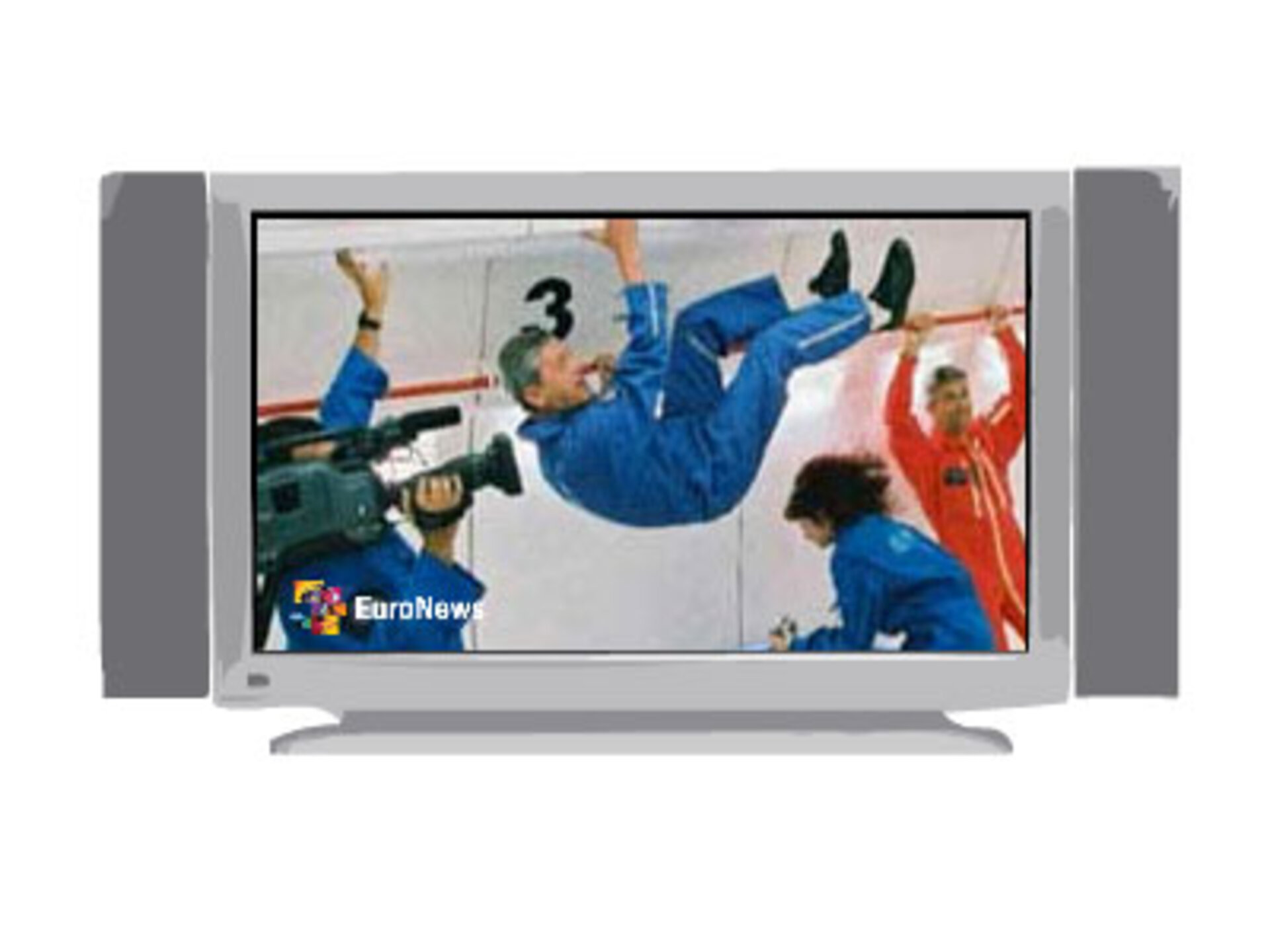 The reactions are unanimous. "It is really awesome!" As the youngsters disembark from the Airbus, all agree that they have experienced a thrill of a lifetime: a unique chance to feel weightlessness. EuroNews goes zero-g on an ESA parabolic flight campaign for students.

The plane they have flown in for the past four hours is the Airbus-300 Zero-G dedicated to parabolic flights. Initially conceived to train astronauts, such flights are today used by space agencies and industry to develop and test science experiments and equipment usually destined to fly in space.

Since it began such campaigns in 1984, the European Space Agency (ESA) has used NASA aircraft, a Russian Ilyushin, the legendary Caravelle jet, and since 1997 the Airbus-300 Zero-G.

The flights are not just for astronauts, engineers and doctors. Since 1994, ESA has organised, as part of its Outreach and Education programme, annual parabolic flight campaigns for students.

The seventh such campaign took place this summer, between 29 June and 16 July, flying off the Brittany coast. Experiments proposed by 31 teams had been selected, giving 120-odd yougsters a unique opportunity to float freely and perform their experiments – exactly as astronauts do in space.

After a full-thrust climb at an angle of 47 degrees, the Airbus reduces speed, the pilot announces "Injection" and everyone feels light as a feather. The periods of weightlessness occur thirty times during each flight. They are very short – 20-25 seconds per parabola - yet many experiments can be conducted in this time.

"One cannot be nearer to space travel as this," says Philippe Willekens, project manager at ESA's Education Department. "The conditions are real, the youngsters can conduct their experiments, after preparing them many months. They come from universities throughout Europe, they learn team work, develop scientific skills and they experience the next best thing to spaceflight."

Many, if not all, of the investigations carried out by the students have potential for further applications. All participants are very motivated to pursue such activities in science and technology – and who knows – may follow careers in space research.

But the roller-coaster ride can be hard on the stomach and brain. Bernard Maugey is one of the doctors on such flights. "The human body is made for a normal Earth gravity. Here we all pass from 2-G, feeling our bodies twice as heavy as the plane rises before experiencing weightlessness. This succession of hypergravity and microgravity obliges our body to adapt, and the brain has itself to work out what is happening."

The EuroNews reporter confirms these totally unusual sensations. "Like all candidates I had to undergo a thorough health check before taking part. I was apprehensive about the effects on my stomach of a series of 'jumps' in mid-air. But the freedom and exhilaration one feels, and the sight of these happy youngsters made it an unforgetable experience."