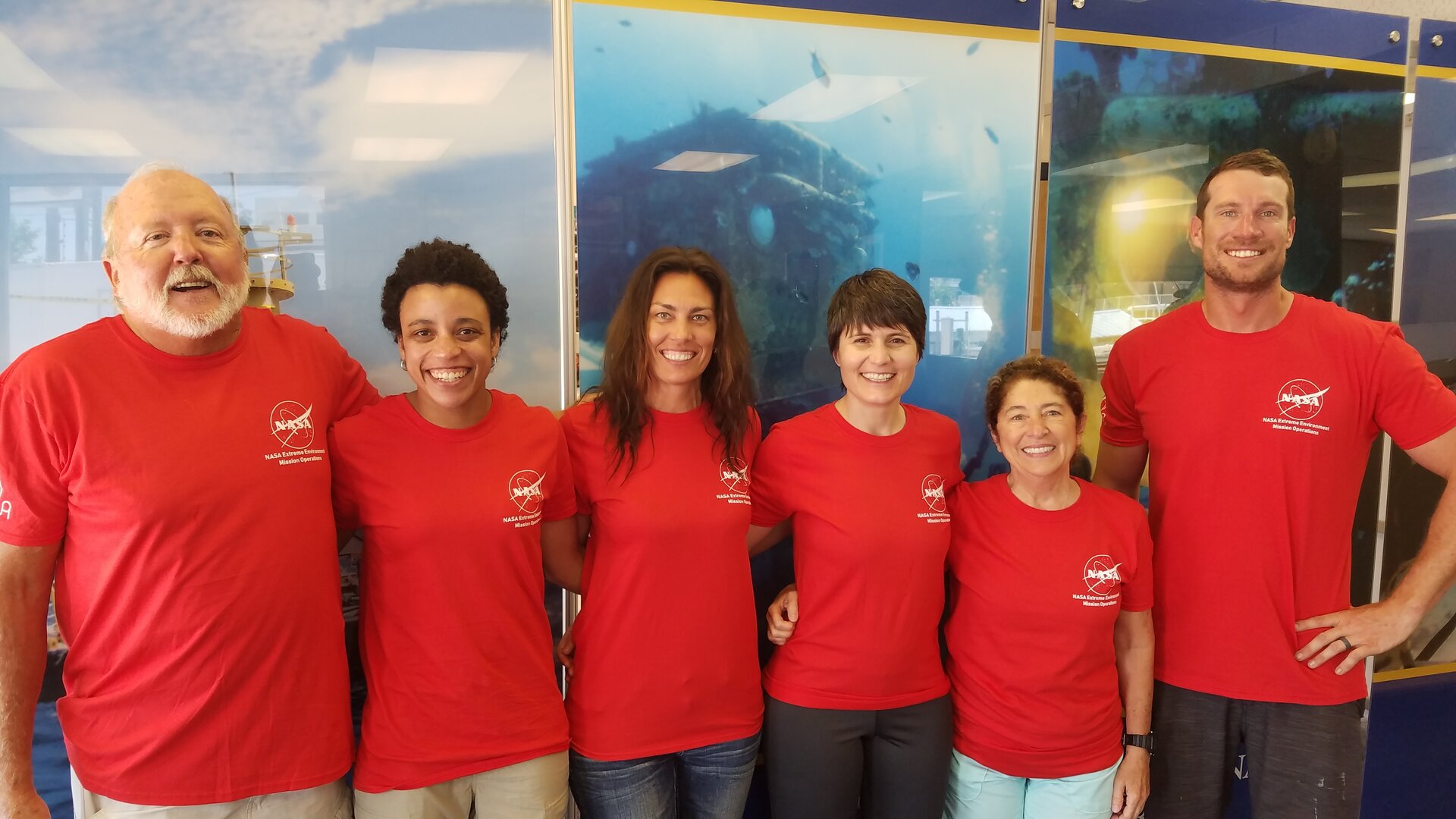 ESA astronaut Samantha Cristoforetti will swap her spacesuit for dive gear this month as commander of a 10-day international research and exploration mission to the Atlantic Ocean floor.

During the NASA Extreme Environment Mission Operations (NEEMO) 23 expedition, Samantha will lead a team of four aquanauts as they live and work in the world’s only undersea research station, Aquarius.

Located almost 19 m below the surface of the ocean, near Key Largo Florida, USA, Aquarius is an ideal environment to test concepts for future missions to the Moon and Mars, simulate spacewalks and carry out marine science under the guidance of Florida International University’s marine science department.

The aquanauts will be in saturation for the duration of the mission and will perform daily four-hour excursions on the sea floor wearing diving helmets.

Four years on from her first six-month mission to the International Space Station, known as Futura, Samantha is motivated by the challenge of an underwater world.

“It doesn’t happen every day that you get to live 10 days underwater where you have this incredibly rich marine flora and fauna,” Samantha explains. “NEEMO quite literally provides the opportunity to dive back into an operational environment.

“In many ways, Aquarius functions like the Space Station, with set procedures, roles and tight timelines. I’m really looking forward to experiencing that feeling again and learning from my crew mates who bring a wealth of experience in marine research.”

In addition to Samantha, the NEEMO 23 crew comprises NASA astronaut candidate Jessica Watkins, world renowned marine researchers Shirley Pomponi and Csilla Ari D’Agostino, and two professional habitat technicians Mark Hulsbeck and Thomas Horn. They will be supported by an onshore team of NASA and ESA experts who will guide them through onboard operations and underwater spacewalks as they would on Station.