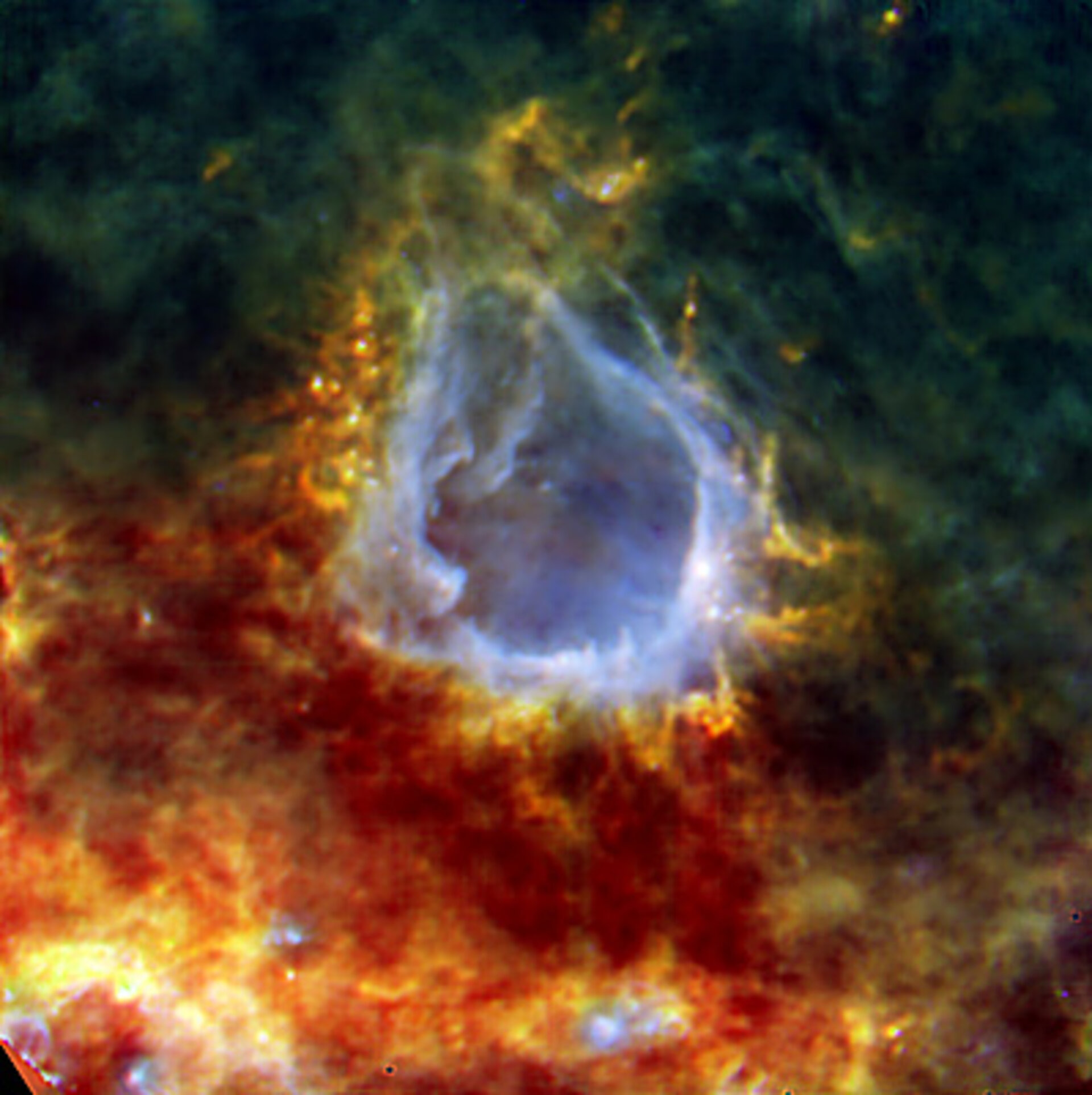 Nestled within the shell around this large bubble is an embryonic star that is already a hefty eight times more massive than our Sun.

This image, by ESA’s Herschel space observatory, was originally presented in the first announcement of scientific results  from the mission in May 2010.

This week Herschel scientists will meet again at ESA’s ESTEC establishment in the Netherlands to present, discuss, and take stock of the scientific breakthroughs of the entire mission at The Universe Explored by Herschel symposium.

The Galactic bubble shown in this image was just one of many surprising results of the mission.

It is about 4300 light-years away and has been blown by a star at its centre. The star is not visible at these infrared wavelengths but pushes on the surrounding dust and gas with nothing more than the power of its starlight.

The pressure exerted on the surrounding material is such that it has begun collapsing into new stars.

The bright knot to the right of the base of the bubble is an unexpectedly large, embryonic star, revealed to Herschel’s infrared detectors by heating up the surrounding dense clumps of gas and dust.

Herschel’s observations have shown that it already contains at least eight times the mass of our Sun, and that it is still surrounded by an additional 2000 solar masses of gas and dust from which it can feed further.

Not all of the material will fall onto the star, however, as some will be blasted away by the intense radiation emitted by the star. Some stars reach an impressive 150 solar masses, but just how large this stellar embryo will grow remains to be seen.

This week, scientists will not only discuss star formation, but also what the Herschel space observatory has revealed about planetary system evolution, galaxy formation, the interstellar medium and more. A full programme can be found here.