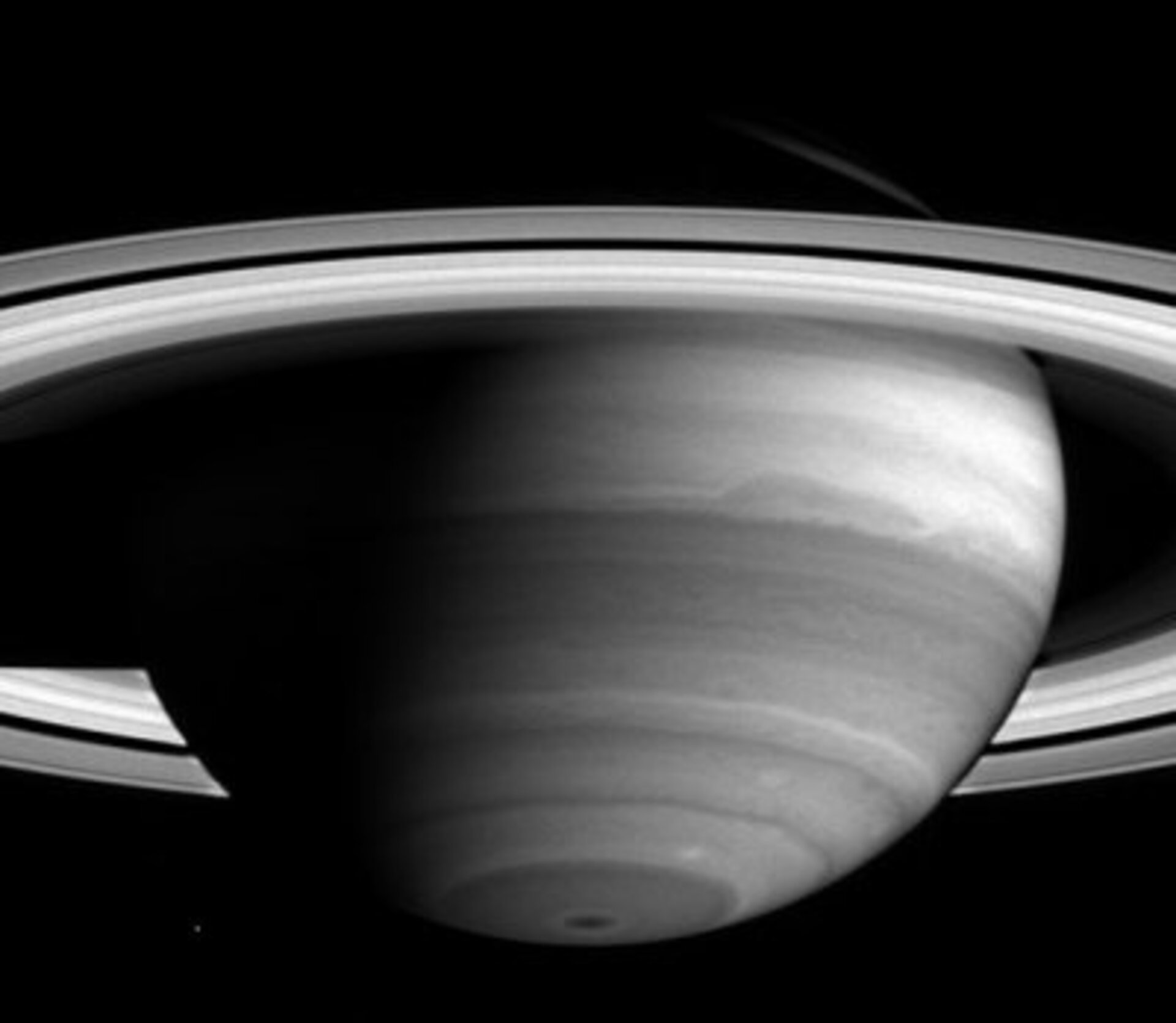 As the Cassini-Huygens mission nears its rendezvous with Saturn, new details in the banded clouds of the planet's atmosphere are becoming visible.

The NASA/ESA/ASI Cassini-Huygens spacecraft began its journey to the ringed world nearly seven years ago and is now less than two months away from Saturn orbit insertion on 30 June 2004.

Cassini’s narrow-angle camera took this image on 16 April 2004, when the spacecraft was 38.5 million kilometres from Saturn. The dark regions are areas which are free of high clouds, and bright areas are places with high, thick clouds which shield the view of the darker areas below.

A dark spot is visible at the south pole, which is remarkable to scientists because it is so small and centred. The spot could be affected by Saturn's magnetic field, which is aligned closely with the planet's rotation axis, unlike the magnetic fields of Jupiter and Earth.

Another notable feature is the large dark oblong-shaped feature that extends across the middle. The darker band beneath this feature has begun to show a lacy pattern of lighter-coloured, high-altitude clouds, indicating turbulent atmospheric conditions.

The cloud bands move at different speeds, and their irregularities may be due to either the different motions between them or to disturbances below the visible cloud layer. Such disturbances might be powered by the planet's internal heat; Saturn radiates more energy than it receives from the Sun.

The moon Mimas (396 kilometres across) is visible to the left of the south pole. Saturn currently has 31 known moons. Since the launch of Cassini-Huygens, 13 new moons have been discovered by ground-based telescopes. Soon we will get a closer look and may discover new moons, perhaps embedded within the planet’s magnificent rings.

This image was taken with near-infrared filter, sensitive to light near 727 nanometres, which is one of the absorption bands of methane gas, one of the ingredients in Saturn's atmosphere. The resolution is approximately 231 kilometres per pixel.