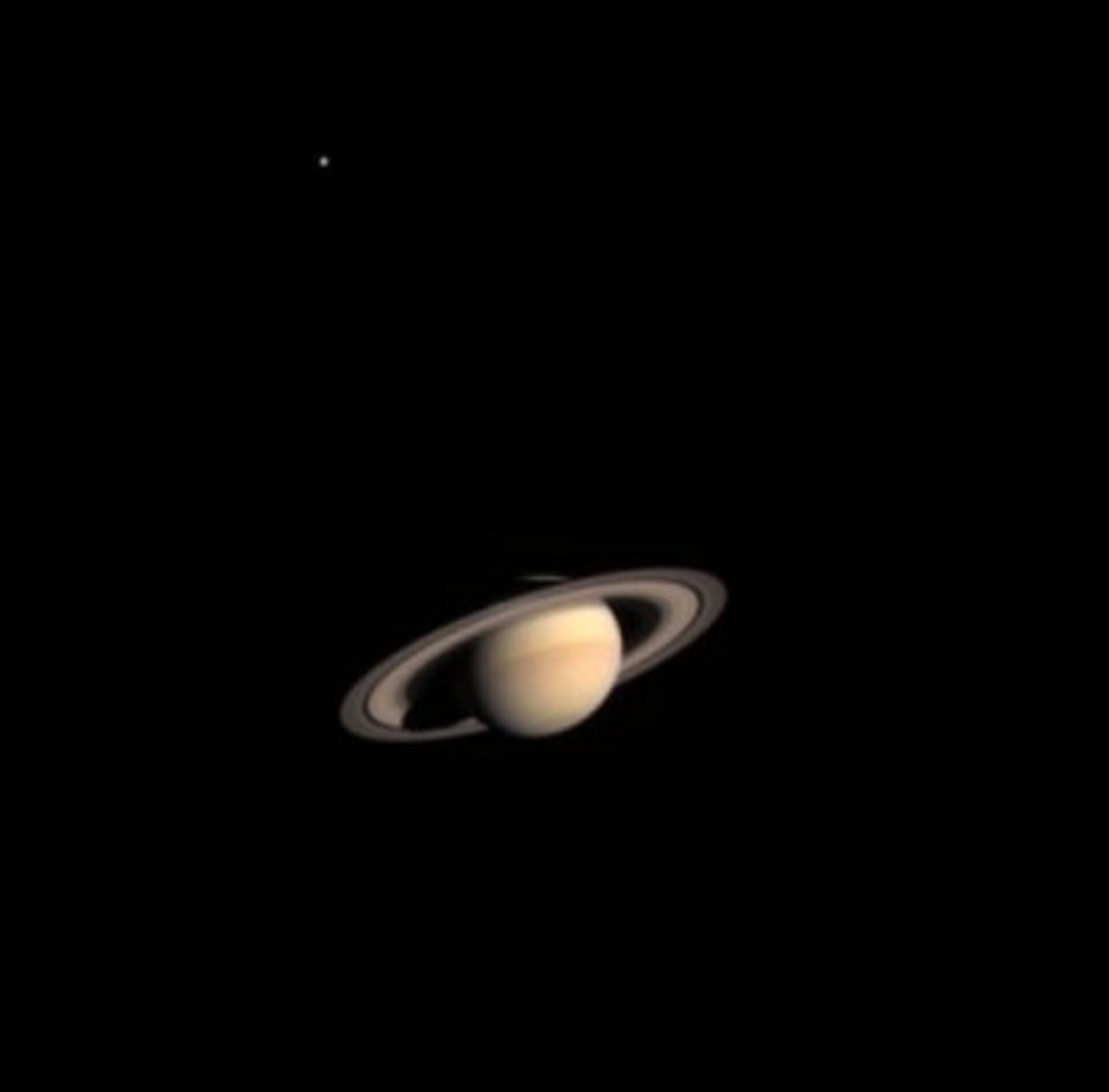 Saturn seen in the first colour composite made of images taken by the NASA/ESA/ASI Cassini-Huygens spacecraft on its approach to the ringed planet, with arrival still 20 months away.

The planet was 285 million kilometres away from the spacecraft, nearly twice the distance between the Sun and Earth, when Cassini-Huygens took images of it through various filters as an engineering test on 21 October 2002.

Titan, Saturn's largest moon, appears in the upper left. It is the only moon which can be resolved from this distance. This composite uses a threefold enhancement in the brightness of Titan relative to the brightness of Saturn.

Titan is a major attraction for scientists of the Cassini-Huygens mission. They will study its haze-enshrouded atmosphere and peer down, with special instrumentation, to its surface to look for evidence of organic processes similar to those that might have occurred on the early Earth before the emergence of life.

Cassini-Huygens will enter orbit around Saturn on 1 July 2004. It will then release the ESA Huygens probe which will descend through Titan's atmosphere on 14 January 2005.