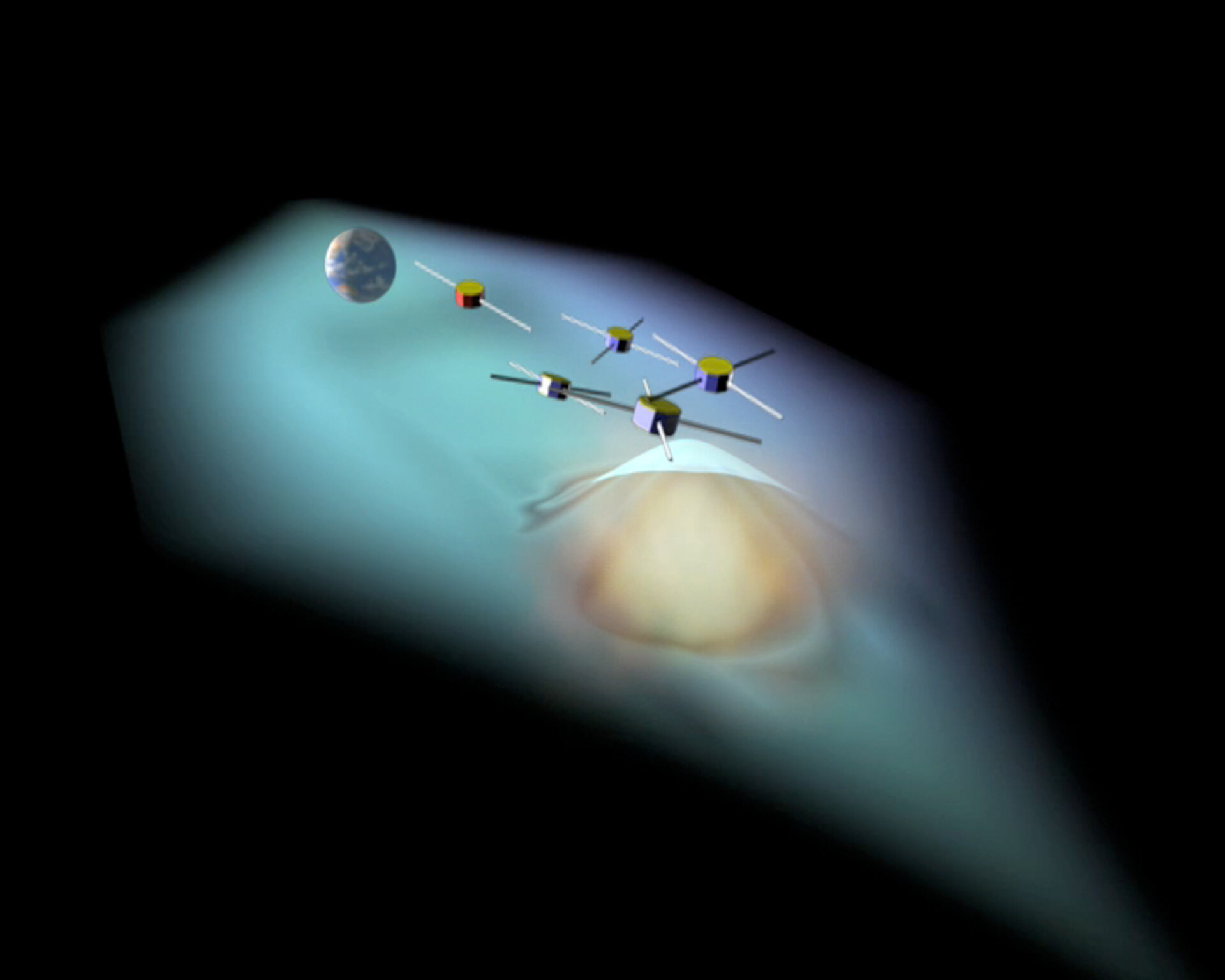 In mid-2004, Cluster’s four satellites and one from the Chinese/ESA Double Star mission were coasting through the nightside magnetosphere at a time when Earth’s magnetotail was quivering, and they all took detailed measurements.

Though it is still unknown exactly what triggers these fluctuations in the magnetotail, the satellites revealed that they take place across scales larger than 30 000 km. A wave motion begins in the centre of the magnetotail and moves outward in the same way as a wake created by a boat travelling across a lake. This suggests that the oscillations are generated within the tail itself, rather than imposed on it from outside by a gusty solar wind.

Because of the geometrical arrangement of the satellites at the time, the oscillation was detected closer to Earth than ever before – at only 70 000 km. At such proximity, oscillations like these probably direct particles into Earth’s atmosphere, sparking colourful auroras.