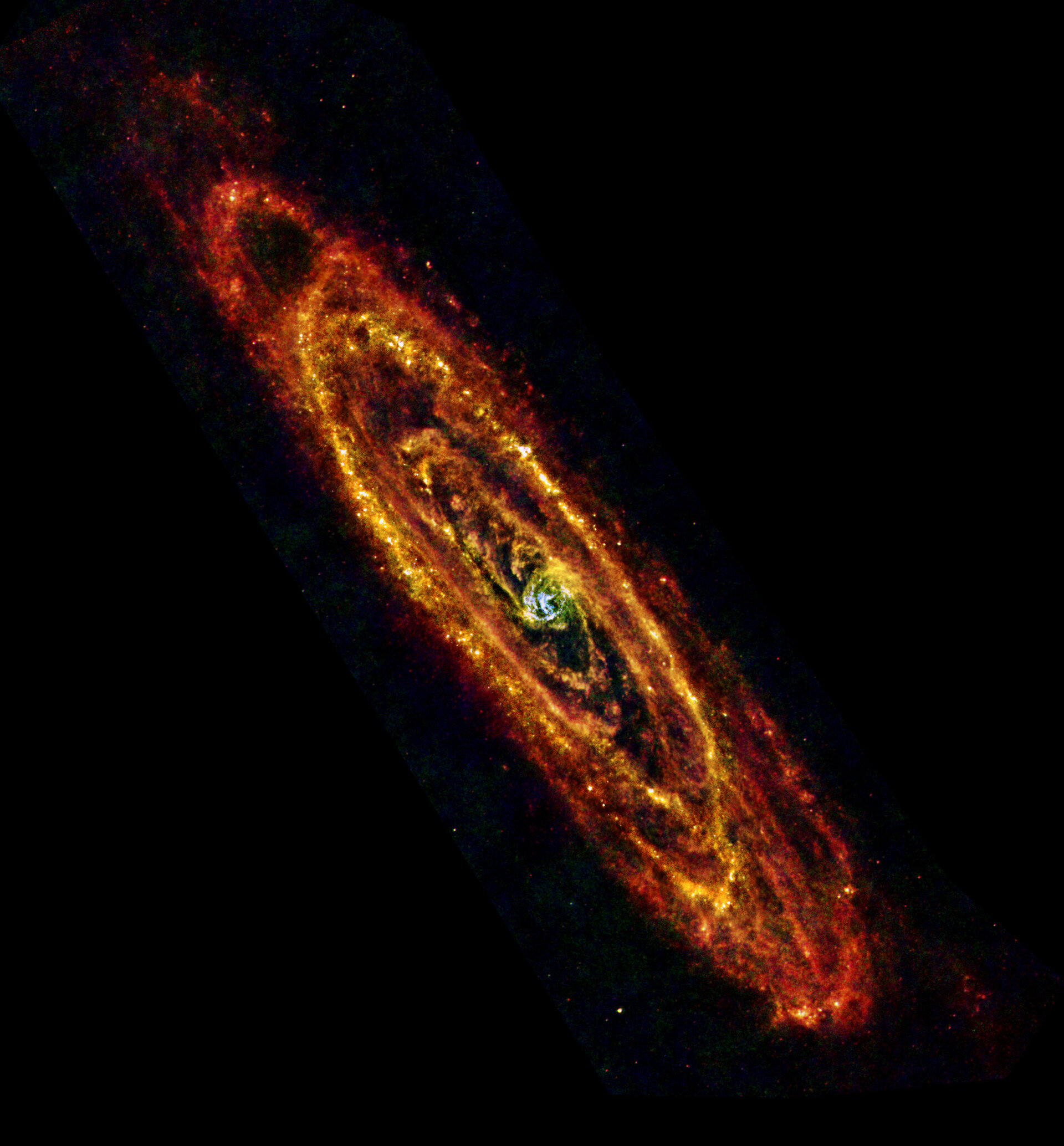 In this new view of the Andromeda galaxy from ESA’s Herschel space observatory, cool lanes of forming stars are revealed in the finest detail yet.

Andromeda, also known as M31, is the nearest major galaxy to our own Milky Way at a distance of 2.5 million light-years, making it an ideal natural laboratory to study star formation and galaxy evolution.

Sensitive to the far-infrared light from cool dust mixed in with gas, Herschel seeks out clouds of gas where stars are born. The new image reveals some of the very coldest dust in the galaxy – only a few tens of degrees above absolute zero – coloured red in this image.

By comparison, warmer regions such as the densely populated central bulge, home to older stars, take on a blue appearance.

Intricate structure is present throughout the 200 000 light-year-wide galaxy with star-formation zones organised in spiral arms and at least five concentric rings, interspersed with dark gaps where star formation is absent.

Host to several hundred billion stars, this new image of Andromeda clearly shows that many more stars will soon spark into existence.