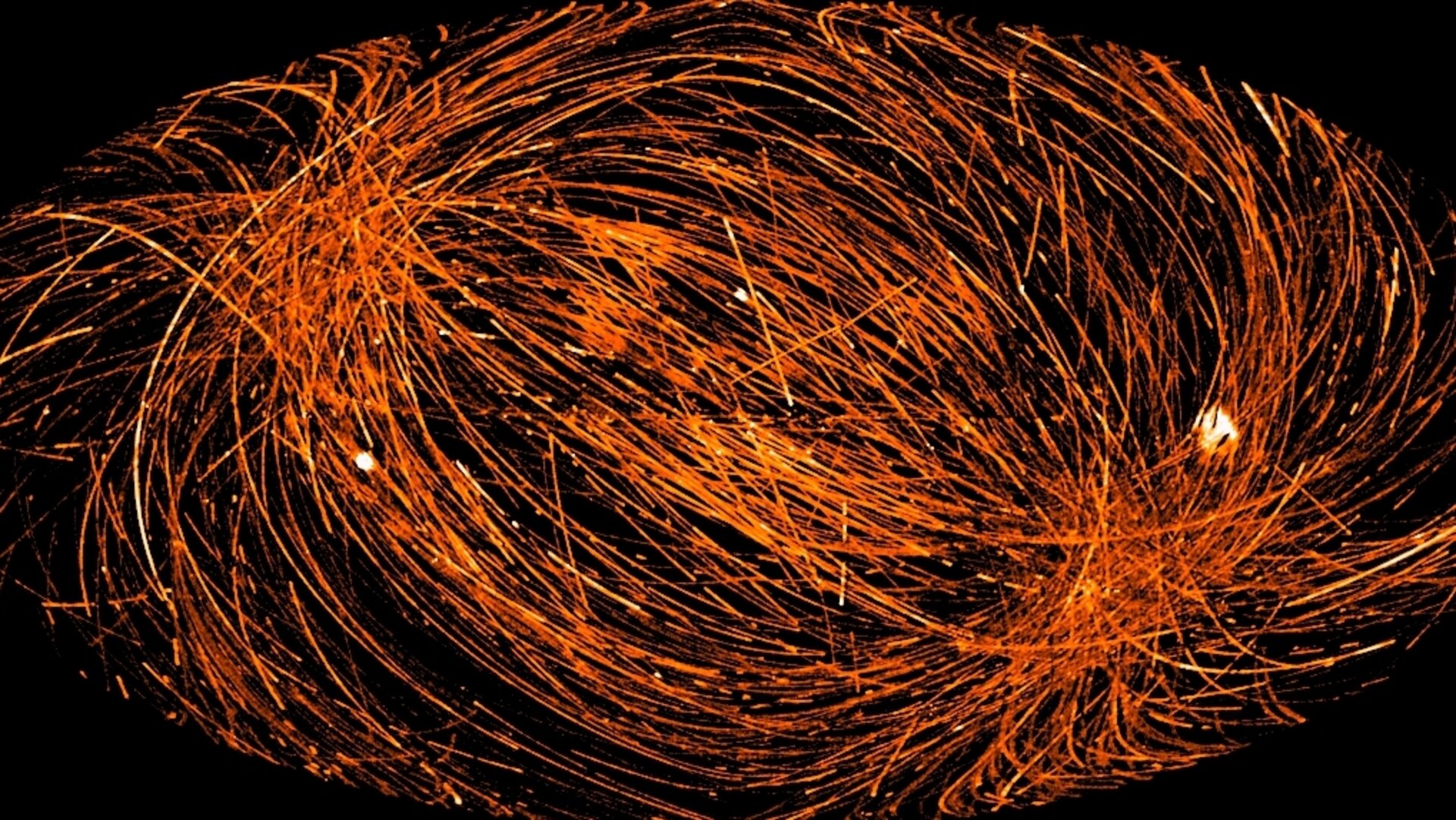 Like car tail lights streaking through a busy city at night, this unique image records over a thousand movements made by ESA’s XMM-Newton space telescope as it shifts its gaze from one X-ray object to another.

Orbiting in space since 1999, XMM-Newton is studying high-energy phenomena in the Universe, such as black holes, neutron stars, pulsars and stellar winds.

Even when moving from object to object, the space telescope collects data. These slews are represented by the bright strips of X-ray data in this image, which records over 1200 individual slews between 2001 and 2012, and covers about 62% of the sky.

It is a mosaic of 73 178 individual images of 1 x 0.5 degrees and is shown in Galactic projection, with the Galactic plane lying across the centre of the image.

A number of well-known X-ray sources are seen in the image. The brightest feature, lying in the Galactic plane at the right of the image, is the Vela supernova remnant, which occupies an area of sky 150 times larger than the full Moon.

On the opposite side, to the left of the Galactic plane, is the Cygnus Loop, an expanding shock wave caused by a star that exploded as a supernova less than 15 000 years ago.

Just above the centre of the image is the powerful X-ray source known as Scorpius X-1, the first source to be discovered in X-rays in 1962. Lying about 9000 light-years from Earth, it is the strongest source of X-rays in the sky, aside from our own Sun.

Nestled in the south ecliptic pole within the concentrated region of overlapping slews at the bottom right of the image are the Small and Large Magellanic Clouds, dwarf galaxies that our part of our Milky Way Galaxy’s local neighbourhood.

The full Slew Survey Catalogue can be accessed here. Furthermore, the XMM-Newton Serendipitous Source Catalogue has also been recently updated and now contains more than half a million X-ray sources.