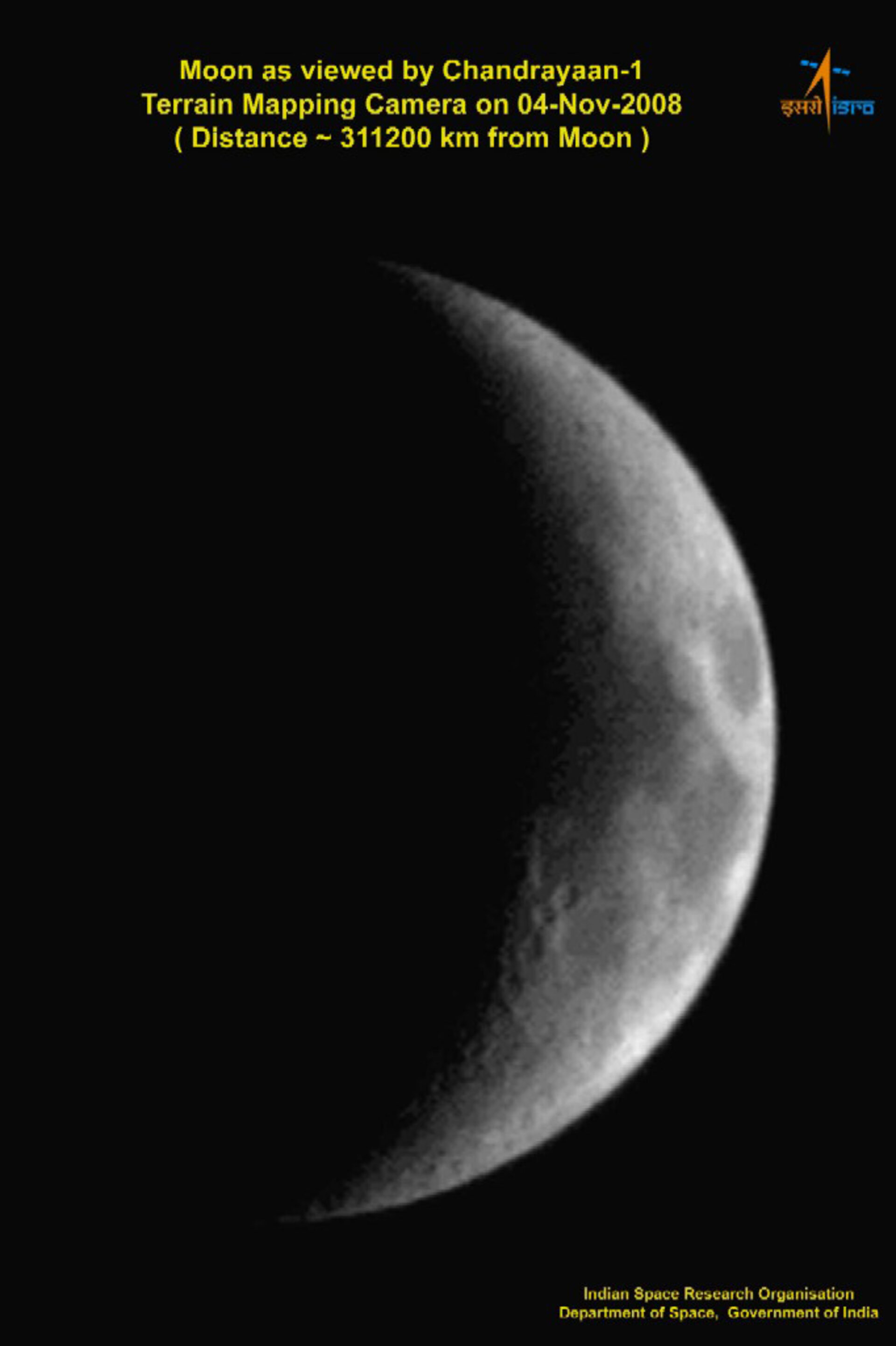 The European C1XS X-ray camera on board India’s Chandrayaan-1 lunar orbiter has detected the presence of magnesium, aluminium and silicon on the Moon during a small solar flare - one of the first of the new solar cycle.

C1XS recorded the X-ray signal from a region near the Apollo landing sites on 12 December 2008 at 03:36 CET. The detection is a key step in mapping the mineralogical composition of the Moon’s surface in order to study its origin and evolution.

The X-ray camera collected 3 minutes of data from the Moon just as the flare started. The signal reveals the X-ray fingerprint of a part of the lunar surface. As the mission continues, C1XS will build up a detailed picture of the ingredients that have gone into the Moon – our eighth continent.

The solar flare that caused the X-ray fluorescence on the lunar surface was approximately 20 times weaker than the minimum C1XS has been designed to detect. “The instrument has exceeded expectations as to its sensitivity and has proven by its performance that it is the most sensitive X-ray spectrometer of its kind in history,” said Ms. Shyama Narendranath, Instrument Operations Scientist at ISRO. The detection is a key step in mapping the mineralogical composition of the Moon’s surface to study its origin and evolution.

Professor Manuel Grande, Principal Investigator for C1XS at the Aberystwyth University, added, “The quality of the flare signal detected from the Moon clearly demonstrates that C1XS is in excellent condition and has survived the passage of Chandrayaan-1 through the Earth’s radiation (or van Allen) belts with very little damage. This is excellent news for the rest of the Chandrayaan-1 mission”.

“The first results from C1XS, an upgraded version of the X-ray camera that flew on ESA’s SMART-1 lunar mission, are very promising,” said Christian Erd, the Chandrayaan-1 Project Manager at ESA.

“These data are the building blocks of the first global mineralogical map of the Moon – key to understanding our only natural satellite,” added Detlef Koschny, ESA Chandrayaan-1 Project Scientist.

ESA coordinated the delivery of C1XS and two more European instruments to ISRO. The C1XS instrument was developed jointly by the Rutheford Appleton Laboratory (RAL) in the UK and the Indian Space Research Organization (ISRO) with ESA support.

The instrument relies on X-ray flares from the Sun to achieve its goal of mapping the elements on the Moon. Unfortunately, solar activity is still at its minimum in early 2009 — the minimum should have ended in early 2008. The instrument has displayed more sensitivity than expected, so this enhances its scientific capabilities.

Chandrayaan-1, India’s first mission to venture beyond Earth orbit, was launched on 22 October 2008. The mission is led by ISRO. ESA has coordinated and supported the provision of the three European instruments on board (C1XS, SARA, SIR-2), and assisted ISRO in areas such as flight dynamics. It is also supporting data archiving and processing. As a result of the collaboration, ESA and ISRO will share data from their respective instruments. Other international partners in the mission include Bulgaria and the USA. In total, Chandrayaan-1 carries 11 scientific instruments including radar and particle detectors as well as instruments that will observe in the visible, near-infrared and soft and hard X-rays.